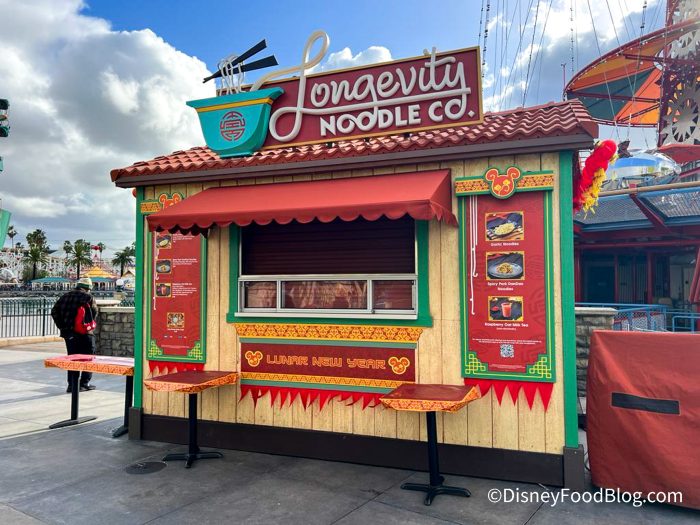 2023 is the Year of the Rabbit, and Disneyland is celebrating from January 20th through February 15th with cuisine and entertainment across DCA. We’ve already shared the full menus for ALL the booths, but today we’re stopping by the Longevity Noodle Co. booth to review the goods. Come see what we found! 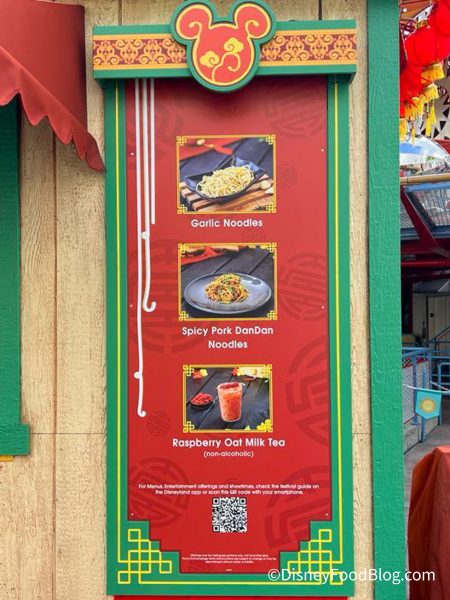 Last year we thought this was a pretty solid booth, but how did it fare this year? Let’s take a look!

First on the menu are the Garlic Noodles for $7.50, which are long noodles tossed in zesty garlic butter and parmesan. Last year, we thought that this dish was good — they are cheesy noodles after all, but there wasn’t anything super exciting about it. 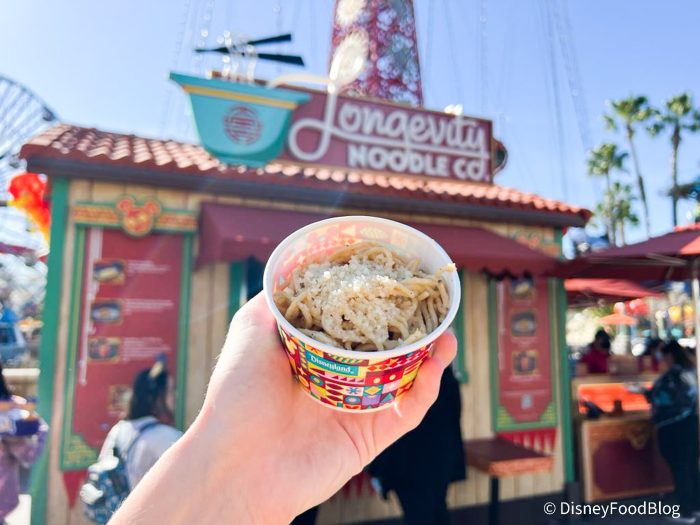 It was basically spaghetti with parmesan and garlic. However, we thought it would have been a good pick for those with a pickier palette. This year it was pretty much the same, but whereas last year’s noodles were pretty dry, these weren’t at all!

Second on the list are the Spicy Pork DanDan Noodles for $8.50. These are pan-fried noodles with ground pork and spicy tri-chile sauce. 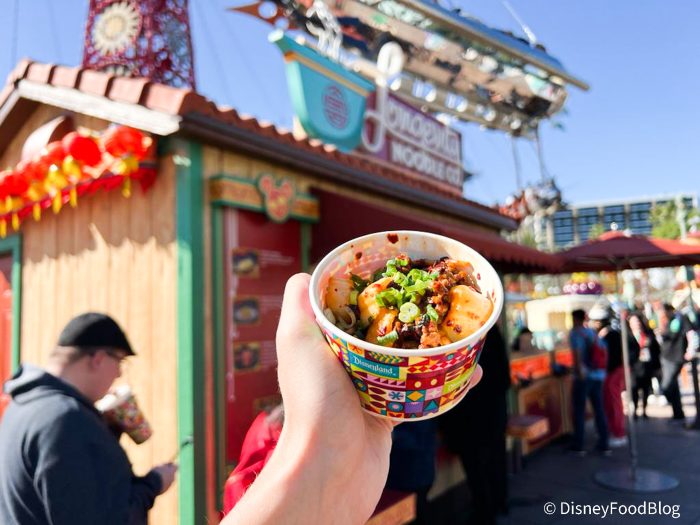 This is also a returning dish from last year, and we thought this was a very flavorful, tasty dish — and it was SUPER spicy! If you want a bold, spicy snack, this might be a winner for you.

Finally, we tried the NEW Raspberry Oat Milk Tea for $6.50.

Here's a closer look at the Raspberry Oat Milk Tea we got for $6.50! It's Joffrey’s Coffee & Tea Co. Ceylon Tea, raspberry and demerara syrups, and oat milk garnished with skewered raspberries. pic.twitter.com/1SY2O8r7iS

This is made with Joffrey’s Coffee & Tea Co Ceylon Tea, raspberry and demerara syrups, and oat milk and it is garnished with skewered raspberries. 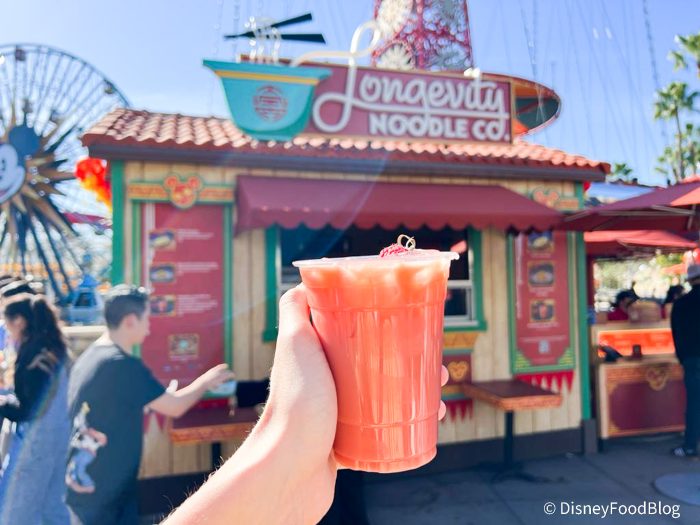 We thought this drink was delicious! It was sweet without being too over the top, but if you aren’t a fan of sugary drinks you might want to share it with someone else because it could be too much for you. Our favorite part was the fresh raspberry garnish!

Also returning from last year is the Lotus Flower Glow Cube for $6.25.

This booth has some pretty safe options that many guests can enjoy. However, if you’re in search of unique or interesting flavors, you might be disappointed with the fare. We will say that if you like spicy food you should get the Dan Dan Noodles, and for those with a sweet tooth, the Oat Milk Tea is right up your alley! 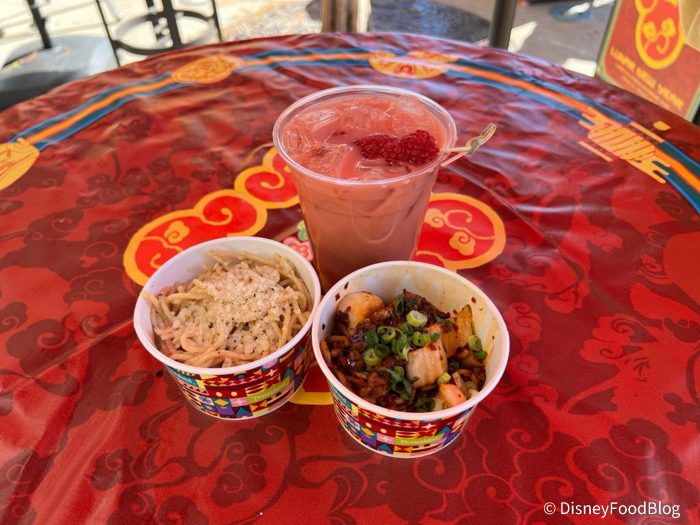 What did we think?

We’re hitting all the booths this year to give you guys the scoop, so stay tuned!

Have you tried anything at this booth yet? Let us know what you think in the comment section below!