It is certainly no secret that prices have gone up, up, up at Disney Parks in the past few years. 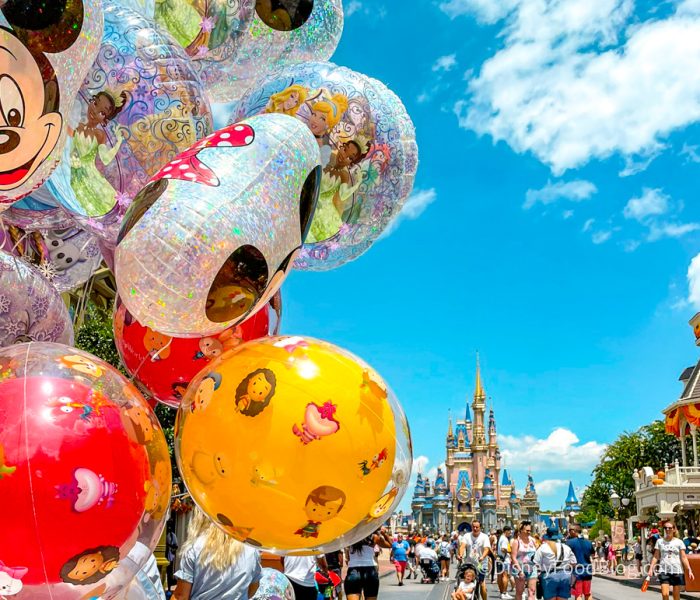 Now, a so-called “activist investor” who is campaigning for a seat on the board of directors at The Walt Disney Company, says you’re being overcharged!

Nelson Peltz and his Trian Partners are critical of some aspects of how Disney has been run for the past few years. A presentation posted to the website restorethemagic.com states Peltz’s position that Disney is “a company in crisis,” and that many of the company’s current problems are “self-inflicted” and “need to be addressed.”

Is Disney in Crisis?

While The Walt Disney Company is profitable, the company has been posting major losses — largely in its streaming businesses. The value of Disney stock has plummeted over the past few years. As the graph below shows, at midday on Thursday, Jan. 19th, Disney stock had lost more than 11% of its value over the past five years. 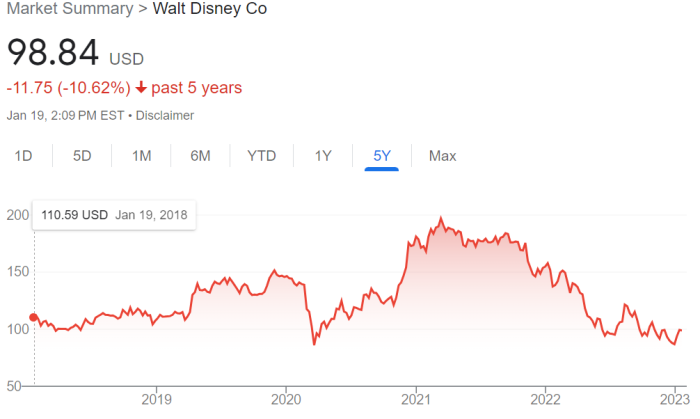 Disney shareholders have seen a 50% decline in adjusted earnings per share since 2018. While not everyone agrees, at least for Peltz, this indicates that the Disney company is “in crisis.”

As Disney stock has declined, and the company has racked up streaming losses, Disney Parks have been posting record earnings. Many of those earnings have been due to price increases. In fact, Disney said in October that spending per person at Disney World and Disneyland has gone up a whopping 40% since 2019.

Peltz said he advises two big changes to the parks.

Price hikes — and the end of “perks” — at Disney World have been contributing to that per capita increase in guest spending mentioned above. For example, Disney replaced its free FastPass skip-the-line program with the paid Disney Genie+ program. Disney has said that more than 50 percent of parks guests buy the service each day. At the time they made that statement, Disney Genie+ cost $15 per day, per guest.

Peltz’s presentation says that while these kinds of price increases are good for the bottom line, they “put the brand value” at risk.

Another area that Peltz addresses is that of Cast Member wages. Disney has been negotiating with the unions that represent its Cast Members, and have been at an impasse on wages. Unions are pushing for Disney to raise its minimum wage to $18 per hour, and raise the pay of those who already make close to that amount by $3 per hour to keep up with inflation and higher costs of living. According to a recent report from the Orlando Business Journal, the city of Orlando ranks among the worst in the nation for affordability. 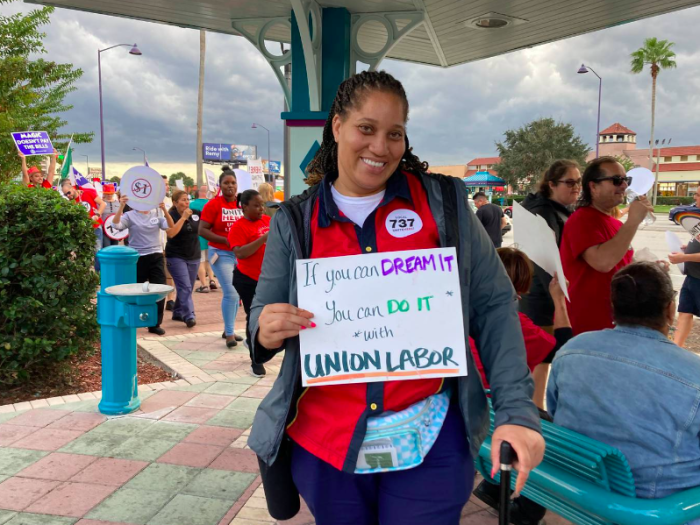 Disney has stated that it presented a “meaningful offer” that provided a path to $20 per hour wages for many full-time Cast Members, but the unions have said that their members need the pay increases to come more quickly than Disney is proposing.

Peltz states in his presentation that employees are “a crucial component” of positive guest experiences at Disney Parks.

The bottom line of Peltz’s claim is that the company is increasing prices and keeping Cast Member wages down to maximize profits at its parks for short-term gains. And that continuing to do these things will harm the company’s long-term health.

Earlier this month, Disney brought back some perks for Disney guests — including free parking for Disney World resort guests, and free ride photos as an additional value with the purchase of Disney Genie+.

Josh D’Amaro, chairman of Disney’s Parks, Experiences and Products division, said in introducing the changes that they were prompted by guest feedback — “specifically ones that our guests have asked for and you’ve shared with me.” So it does appear that Disney is aware that the guest experience is being affected by what Peltz describes as “nickel and diming.”

Disney’s current board of directors is defending its management and opposing Peltz’s candidacy for the board. We won’t know whether Peltz will be successful in his quest until the annual Walt Disney Company shareholders meeting, which is typically held in March. We’ll be watching this story as it unfolds, so keep following Disney Food Blog for more!

Do you agree with the changes Nelson Peltz wants to make in Disney Parks? Tell us in the comments!

The post The Big Disney Parks Changes that Activist Investors Are Pushing first appeared on the disney food blog.