We spotted some new 100th anniversary-themed cereal at Walmart the other day, and now we have more details about an exclusive COLLECTIBLE that you can get by purchasing this snack! 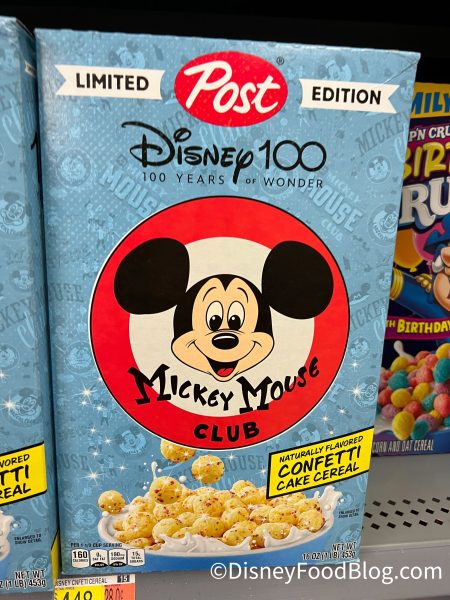 …and another limited-edition 100th anniversary cereal. The snack is fruit-flavored and uses both natural and artificial flavors. 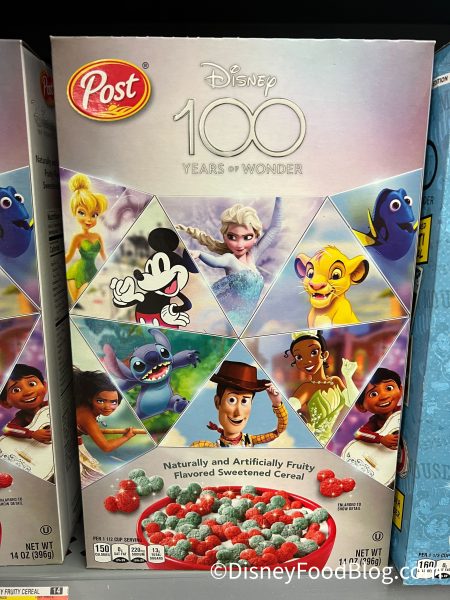 The cereal pieces themselves are red and blue, and they’re shaped like Mickey! Both boxes cost $4.48, and you can get them at Walmart now. They’ll be available through 2023.

But the fruit-flavored cereal isn’t the only reason to buy this celebratory snack. The boxes will change throughout the year, so you can collect these as limited-edition souvenirs of the event. Post Consumer Brands also announced that “the main attraction from the Post x Disney cereal collaboration is a special edition of the new confetti cake cereal in a Mickey Mouse-themed collector’s metal tin.” 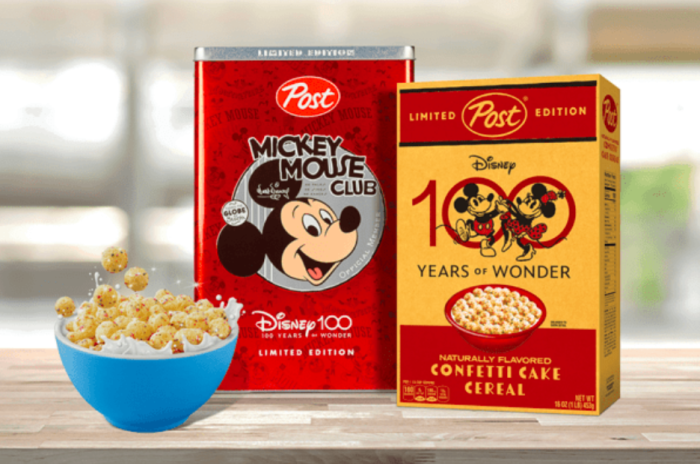 The metal case will contain a special-edition cereal box with a retro design “inspired by Post and Disney’s first collaboration on Post Toasties cereal in 1934.” The tin will cost $40, and it “represents a time capsule that inspires fans to remember and appreciate the start of Disney.”

To find out when you’ll be able to purchase the tin, you can follow @Post_Cereals on Instagram. They’ll be available exclusively at Walmart.com, and supplies will be limited.

Would you buy this new 100th anniversary collectible? Let us know in the comments!

The post A Unique Disney 100th Anniversary Collectible Is Coming to Walmart Soon! first appeared on the disney food blog.