It’s a new year, and that means it’s time for new foods, merchandise, and entertainment from the EPCOT’s International Festival of the Arts! We’ve been eating and drinking our way around EPCOT and checking out all the best (and worst) foods this year! 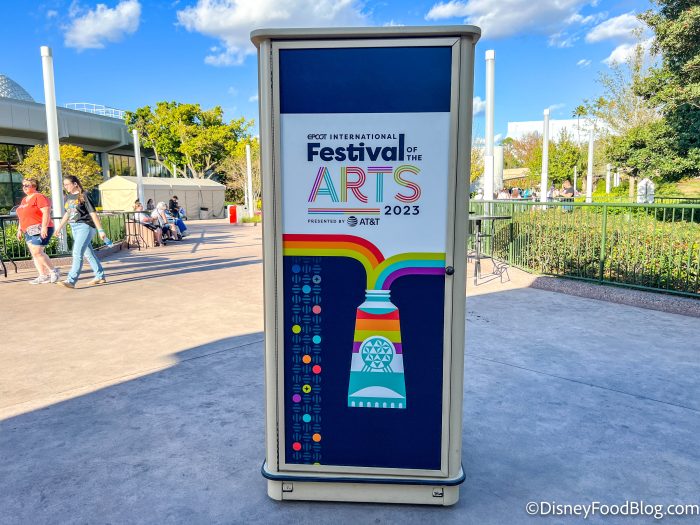 This year, we noticed some new additions to the menu as well as some returning options from the past. We’re hungry, so let’s see what’s on the menu!

This is the first time Connections Cafe & Eatery has been around for the Festival of the Arts. This eclectic dining establishment (and Starbucks location) has fast become a go-to for many EPCOT visitors. Its convenient location near the super popular Guardians of the Galaxy: Cosmic Rewind further boosts its popularity as guests throng to that side of the park to ride the thrilling new attraction, explore the gift shops, and take some memorable photos around the Xandarian Star Blaster. 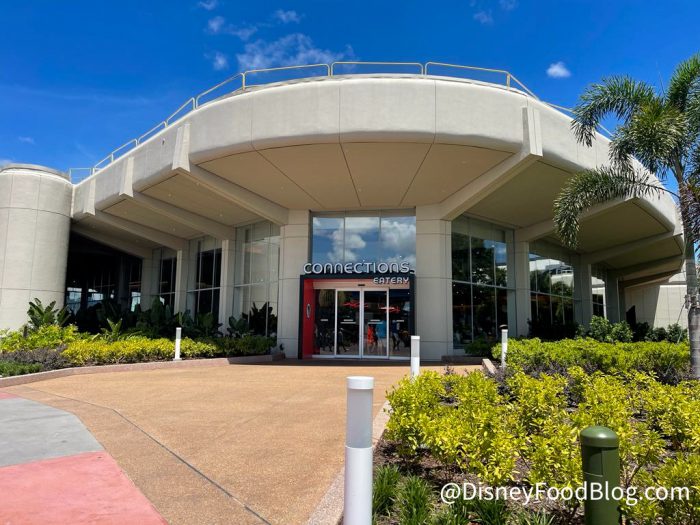 Connections has fit in so naturally into EPCOT’s transitioning environment that it’s hard to believe it only opened less than year ago, on April 27th, 2022, so this is the first time Connections has been around to participate in EPCOT’s International Festival of the Arts. But just because she’s new to the party doesn’t mean this gal doesn’t know how to party! Let’s see what she has to offer!

Connections is split into two entities. Connections Cafe, which is the Starbucks location serving specialty coffee and pastries. 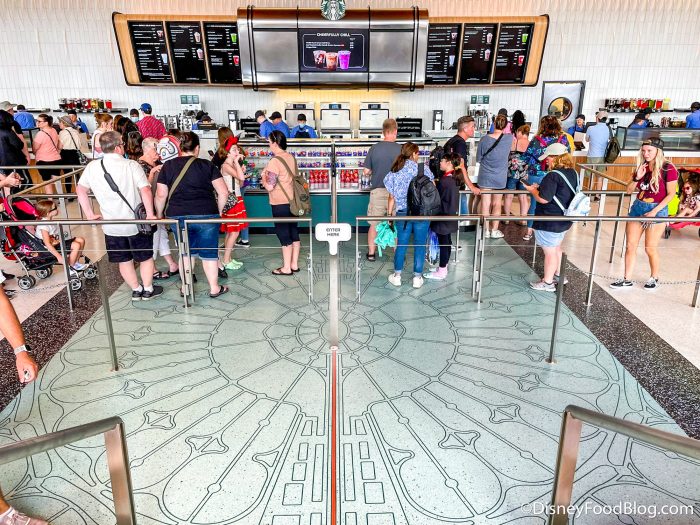 And Connections Eatery, another bank of counters serving unique and creative, yet approachable and comfortable meals. 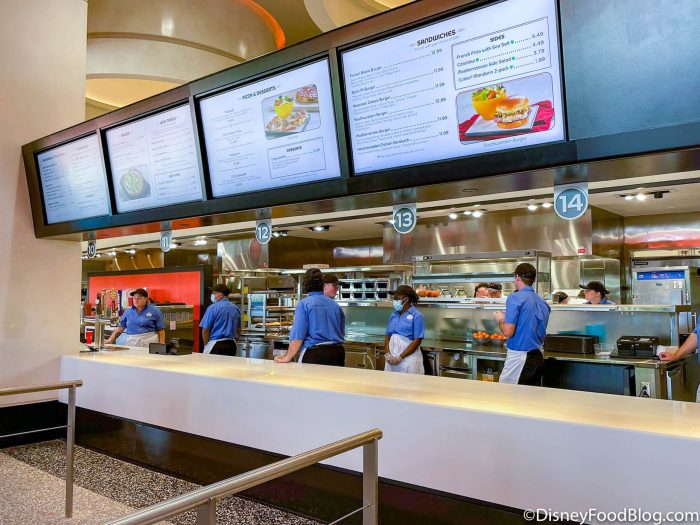 And to get the full Connections experience for the Festival, we’ll need to stop at BOTH counters.

How does this location stack up against the others? Let’s find out!

At Connections Cafe, we picked up the Figment Leige Waffle for $4.19. A leige waffle is different from other waffles because it’s made with fresh Brioche dough, pressed in pearl sugar, and baked in cast iron. 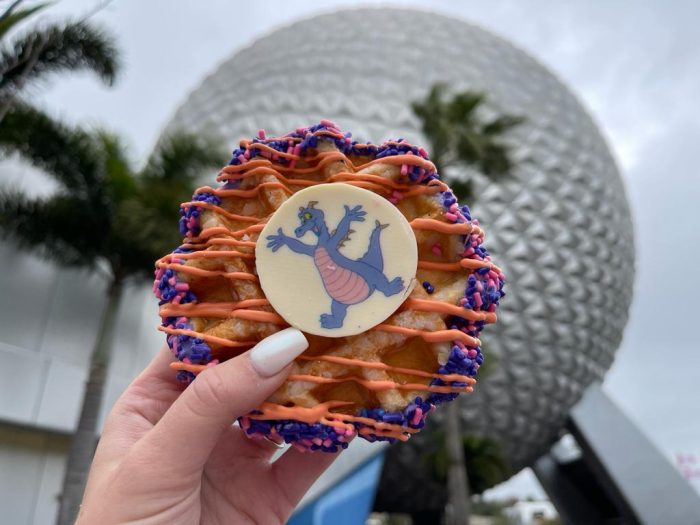 Now Figment even has a WAFFLE!

Told you Figment was the star of the show! The Figment Liege Waffle is at Connections Café

and has a Figgy medallion on it. Light, fluffy and sweet (and the icing kinda tastes like what’s on a Mickey rice crispie treat!)

Over at the Connections Eatery side, we picked up the special festival cocktail they’re offering. Dusk ‘Til Dawn is made with Three Olives Blueberry Vodka, lemonade, and orange juice with cotton candy for $14.50. 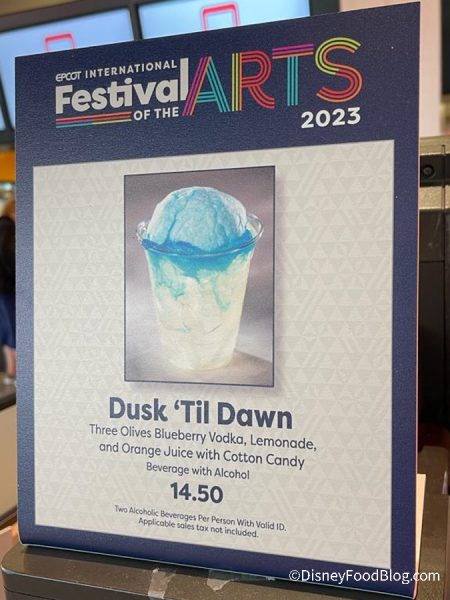 This was a tasty drink! The lemonade and blueberry flavors were quite tart, and the sweetness from the cotton candy balanced it well. We enjoyed it, but the cotton candy could be overwhelming to some. Our reporter couldn’t taste much alcohol, which made it very drinkable — but keep that in mind if you’re looking for something stronger!

Headed over to Connections Eatery where we got the Dusk 'Til Dawn for $14.50! It's made with Three Olives Blueberry Vodka, lemonade, orange juice, and blue cotton candy! pic.twitter.com/KLlB52rCzr

That’s everything at the Connections Cafe & Eatery, so what did we think?

An adorable Figment-themed leige waffle to go with your custom coffee order, seems like the perfect way to start any day! We thought both of these were pretty good festival choices, but just be careful if you’re not looking for something overly sweet.

Connections has started strong with her Festival of the Arts debut. And though her offerings were few, they were mighty (and let’s not forget EVERYTHING ELSE she keeps on her menu boards)! Plus, the fact that Connections has plenty of indoor seating to rest your weary festival-pavement-pounding feet, might just make her a winner. 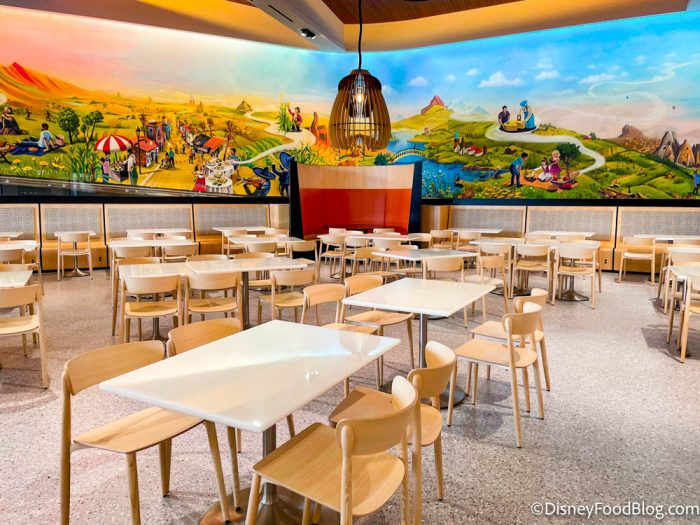 Stay tuned to DFB for more food reviews and updates from the Festival of the Arts today!

Check out ALL of our reviews from EPCOT’s Festival of the Arts! 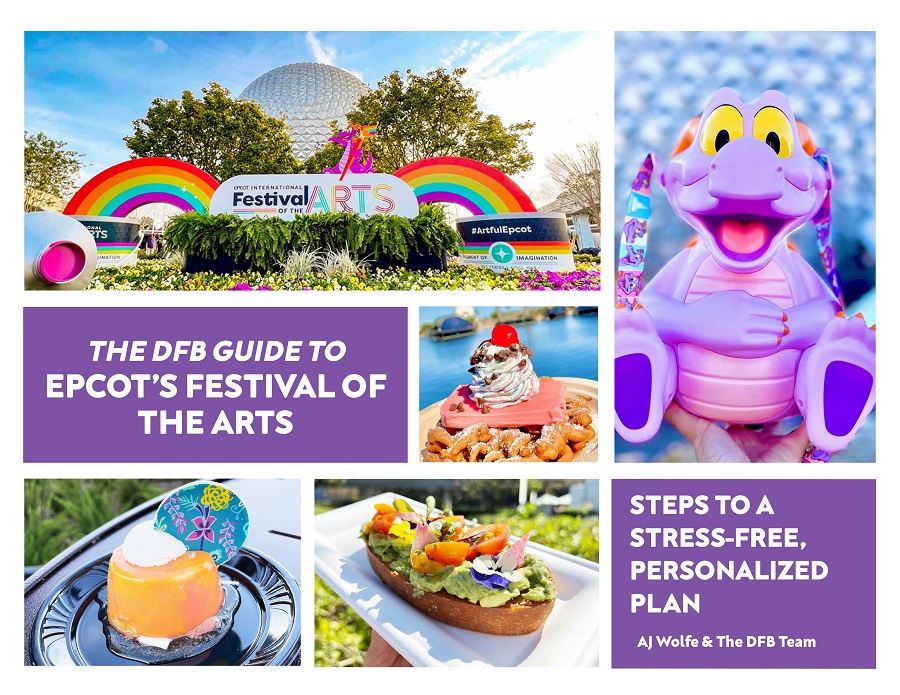 Will you try any of the foods on this menu? Let us know in the comments!

The post Cotton Candy and Purple Dragon Waffles for Breakfast in EPCOT? Don’t Mind If We Do! first appeared on the disney food blog.