Disney’s 100th anniversary is upon us, and let us tell you — the anticipated merch is shiny! 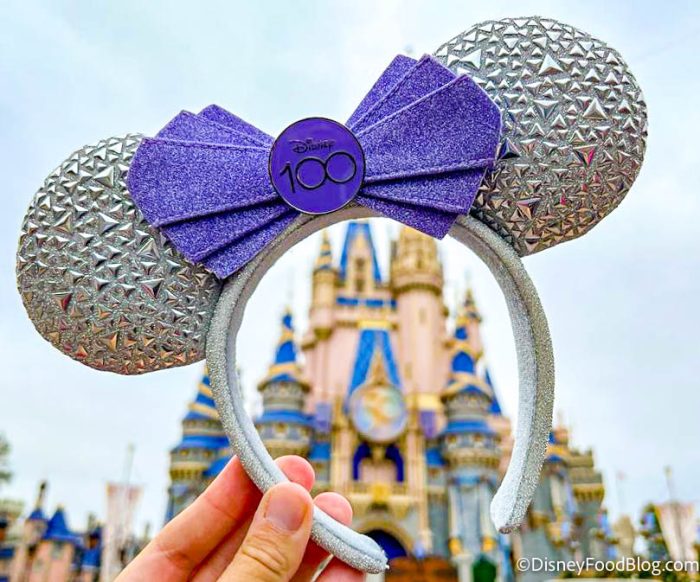 Online we’ve seen an exclusive 100th anniversary Magicband+, a matching set of sparkly Minnie ears, and tons of other platinum goods to mark the celebration. Now, more merch has arrived in the parks and there’s a new set of ears we HAVE to show you!

Today while we were at Disney’s Hollywood Studios, we saw this Mickey and Minnie Mouse Disney100 Ear Hat at Celebrity 5&10 and it is BEAUTIFUL!

This set of ears features the purple and platinum tones associated with this big celebration, and the ears are covered in glittery 3D jeweled embellishments. 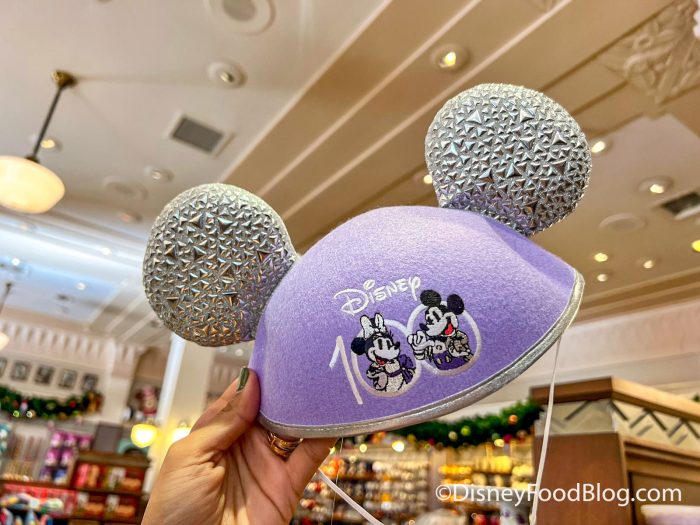 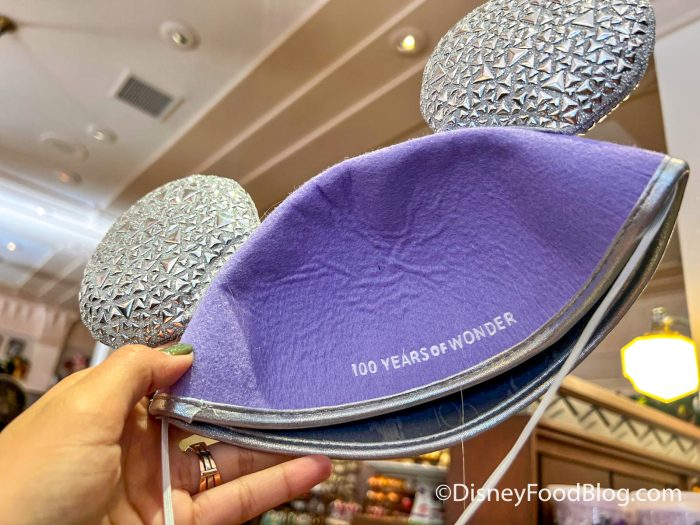 Even the back is shiny!

It wouldn’t be complete without the main mouse himself! Mickey and Minnie are featured in the Disney 100 logo — front and center. 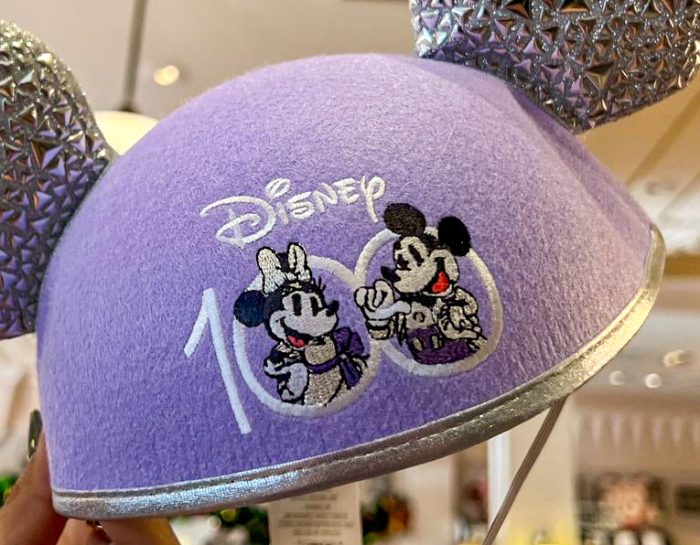 Mickey and Minnie add style to any hat!

This style of hat includes an elastic chin strap, so after you get one of these you won’t lose it on your favorite ride. You can grab this hat across the parks for $29.99, as well as tons of other accessories to match! These ears are also available online, so you don’t even have to travel to Disney World to get them!!

Stay tuned as we release more details on Disney 100 Years of Wonder merch as it comes in!

Click here to get ALL the details on Disney’s 100th anniversary celebration!

Which 100th anniversary item are you most excited about? Let us know in the comments!