The company was founded by Walt Disney himself in 1923 and since then we’ve had decades of movies, theme parks, entertainment, and SO much more. The company is celebrating big throughout the year, and we’ve already started to see some of the special anniversary merchandise — including a new MagicBand+!

Thanks to our reader Joe (@schreiberjoe on Instagram), we know that there’s a NEW 100th Anniversary MagicBand+ design available online. It’s not yet available for purchase on shopDisney, but you can order it if you’re planning an upcoming trip or renewing an annual pass for Walt Disney World. 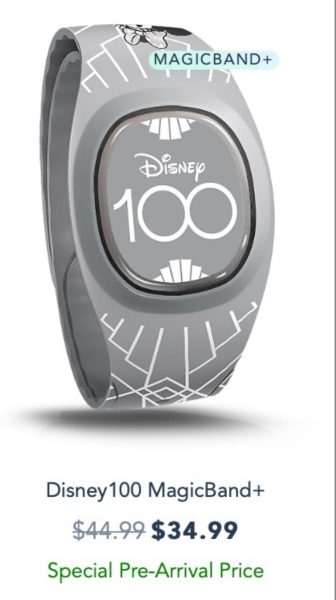 It matches the platinum color scheme of the rest of the anniversary merchandise we’ve seen so far! Typically, it’ll be $44.99, but the pre-arrival discounted price is $34.99. We’ll be on the lookout for this one in the parks and shopDisney soon. 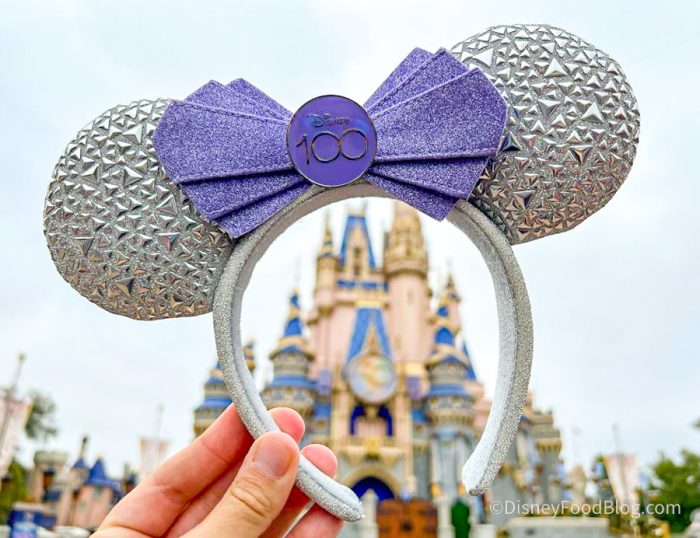 If you’re interested in shopping more 100th Anniversary merchandise, we’ve already seen several items online, in Disney World, and in Disneyland Resort. We’ll be on the lookout for more of the collection in the coming months!

Click Here to See All the 100th Anniversary Merch Online!

What do you think of the MagicBand+? Tell us in the comments!