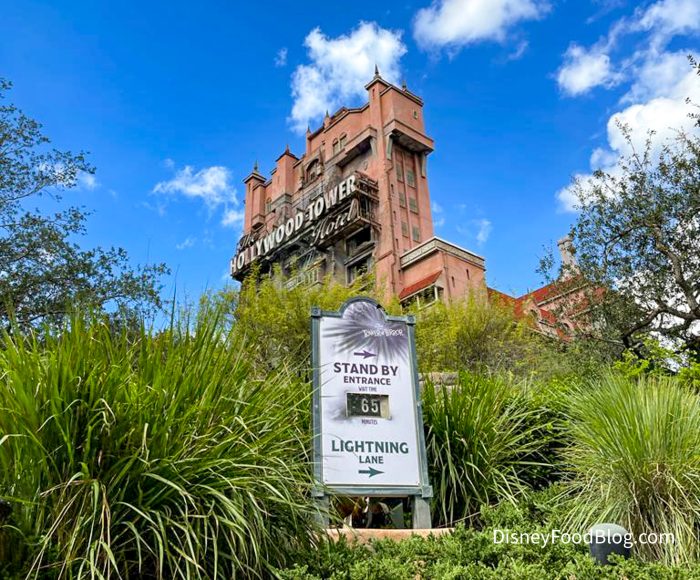 Disney World is constantly busy and full of new things! With the newest merchandise celebrating the 100th Anniversary of the Walt Disney Company, all of the new restaurants coming in 2023, and even the new items to help us bring in the New Year, Disney has been keeping us busy lately. Now, we’re heading over to Hollywood Studios to show you everything that’s new this week!

While we haven’t spotted a ton of new food, we did catch a new flavor of the day at the Hollywood Studios Gelato Cart! 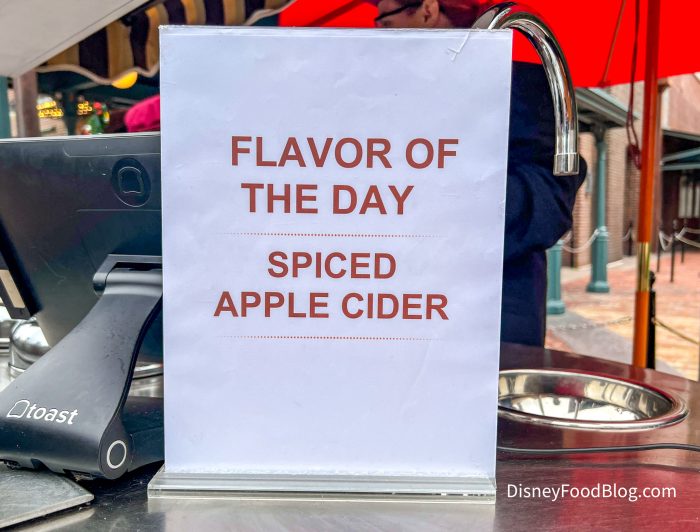 The current flavor of the day was Spiced Apple Cider when we were there last but this is subject to change.

Check out our most recent review of the Hollywood Studios Gelato Cart here! 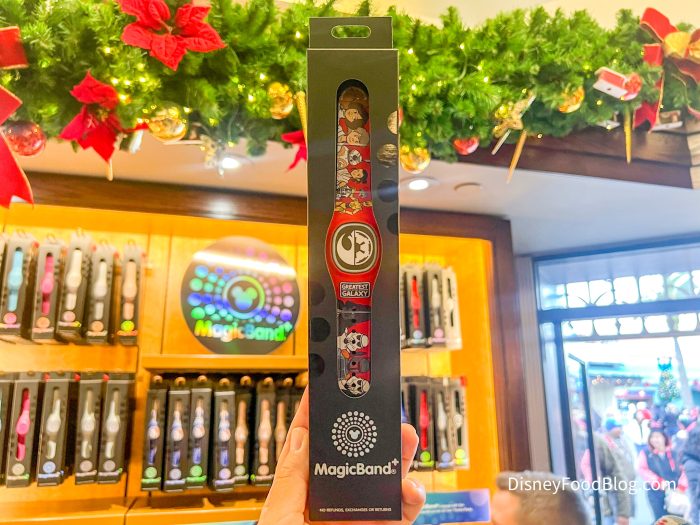 And we absolutely love it!

At Mickey’s of Hollywood, we found another pair for 2023 Mickey Ears to help us ring in the new year for $22! 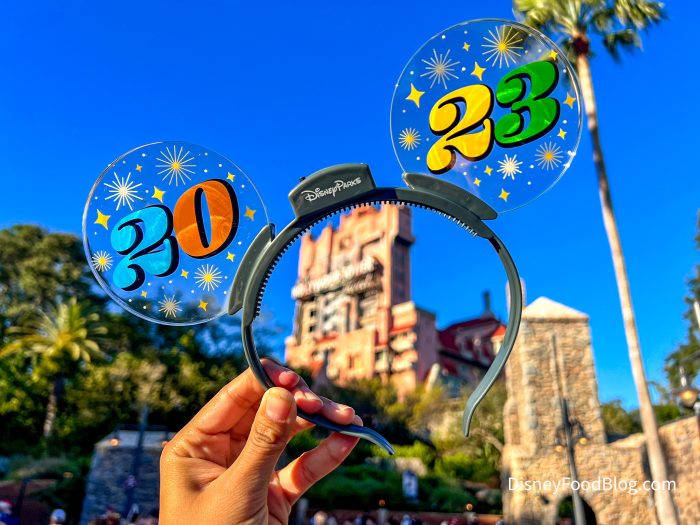 We were super excited to see another pair of 2023 ears in Walt Disney World!

You can take a closer look at these new ears here!

At Tower Gifts, we found a new ID Tag Machine! 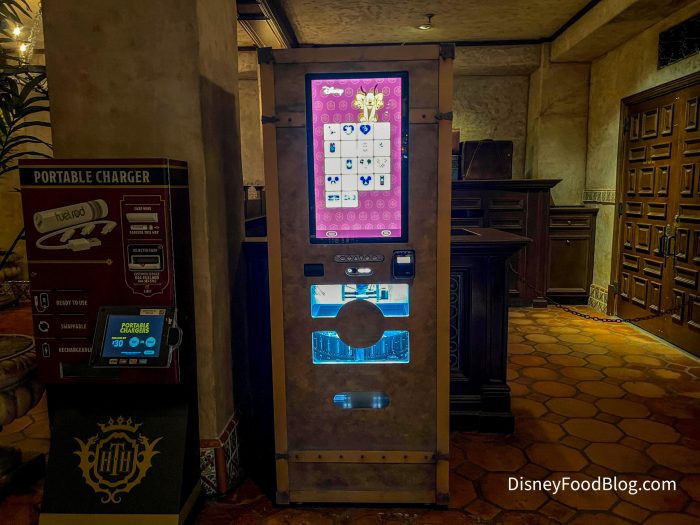 You can grab any of these tag designs for $15. 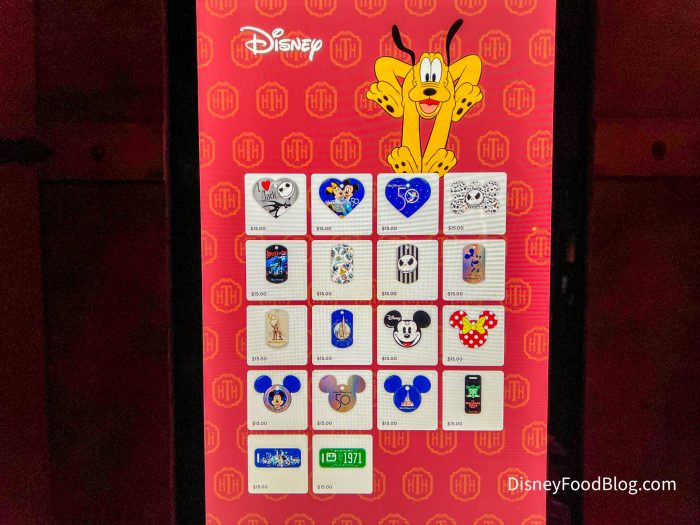 A closer look at your options.

We love the license plate design!

At Beverly Sunset Boutique,  we found this Coco-inspired Dante Colorable Plush for $39.99. 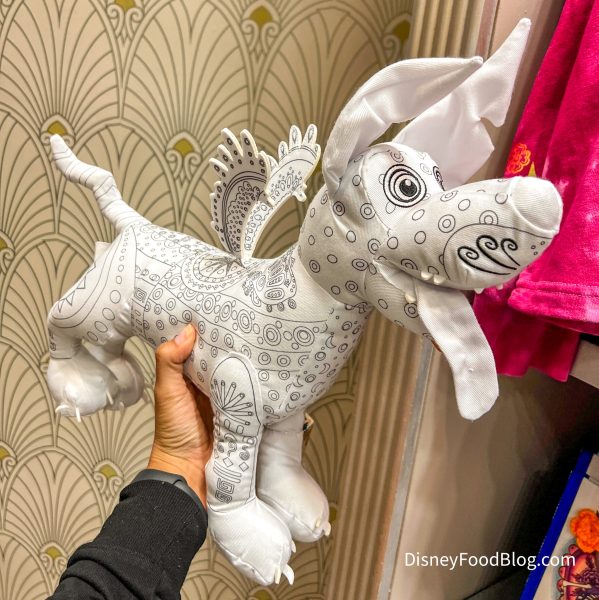 We are obsessed with this!

We couldn’t love this plush more but one thing we might love even more than a cute plush? A sale on Disney merchandise!

Over at Dok Ondar’s, we caught a 30% off sale this week on 4 select lightsabers! 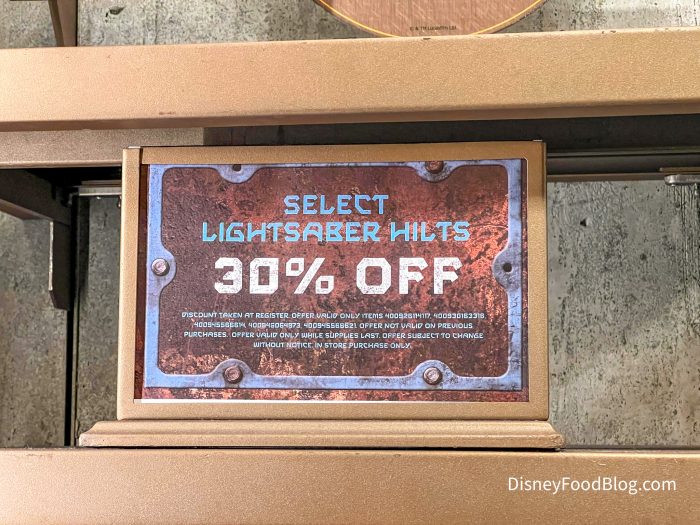 We love a sale!

The lightsabers on sale were Princess Leia’s for $169.99… 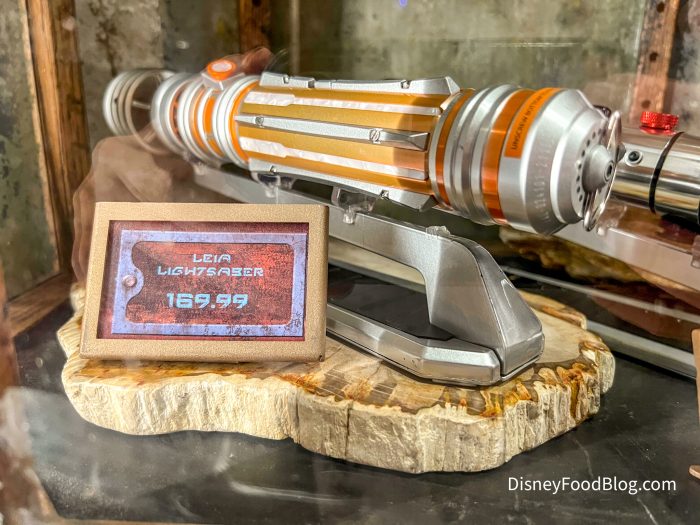 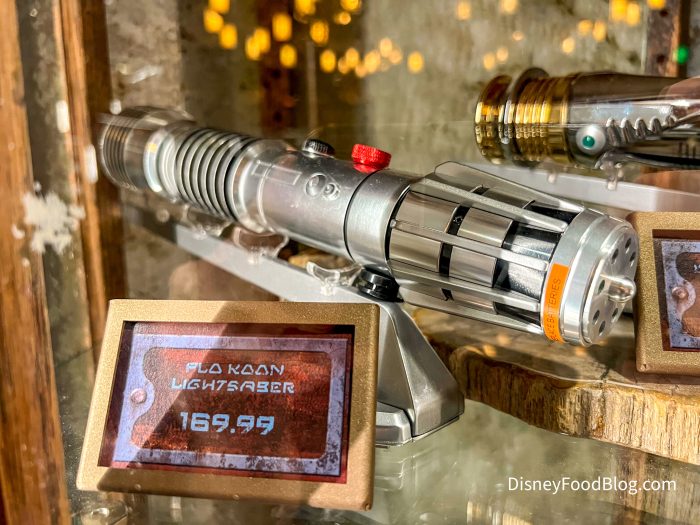 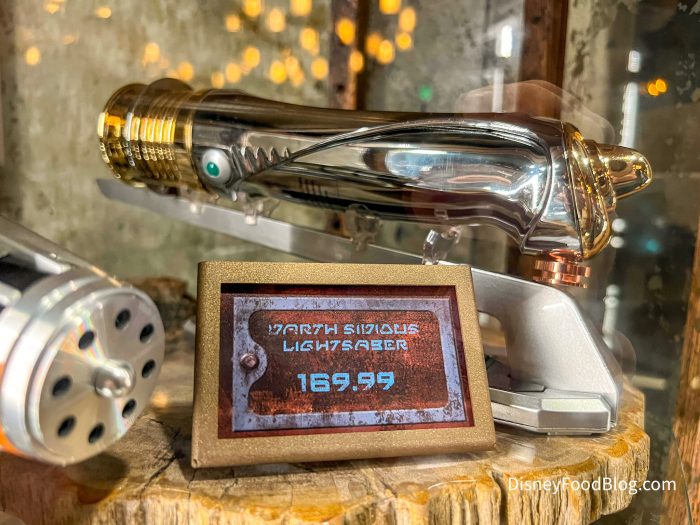 This one is cool! 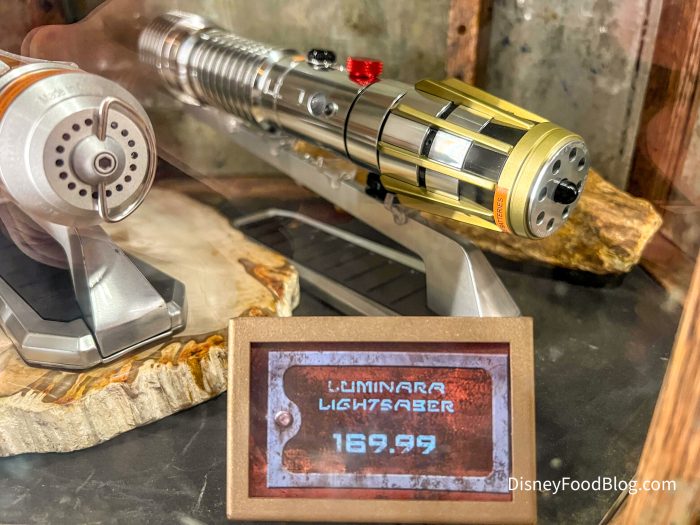 Staying in Galaxy’s Edge we also found something at Oga’s Cantina!

Over at the cantina, we found this Battle of Endor Tiki Mug! 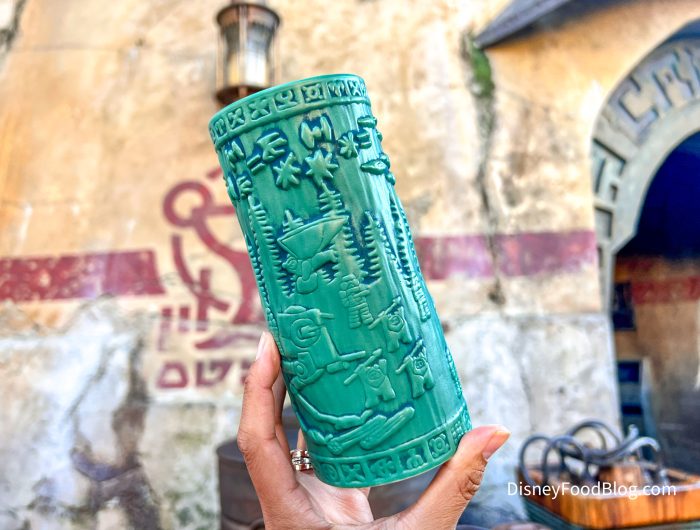 As we were entering the park, we also noticed this new signage! 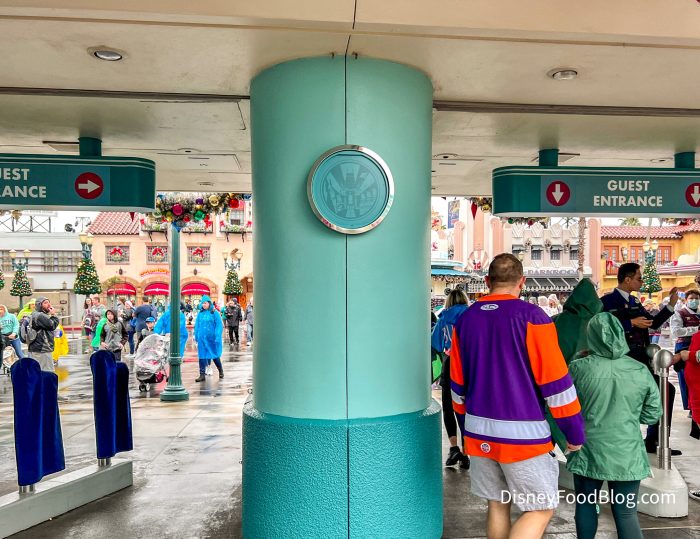 While it might not seem like a big deal, we get excited any time we see changes in Disney World.

Some construction has been continuing over in Toy Story Land for the Rodeo Roundup BBQ restaurant. This restaurant is going to be a table service that offers plates of house-smoked bbq, scrumptious sides, and mini desserts. 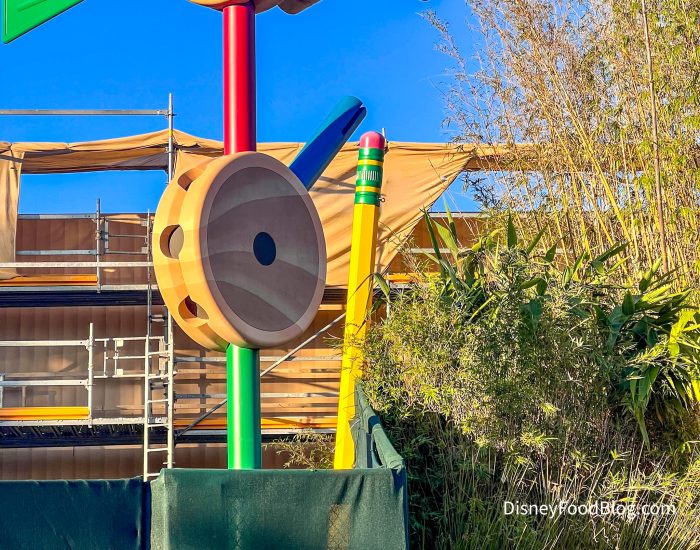 While it might seem silly to get excited over a giant pencil, we can’t help ourselves! This restaurant is expected to open in Spring 2023.

Read everything we know about Rodeo Roundup BBQ here

While that’s all we have for what’s new in Hollywood Studios for right now, Disney World is always full of news! Be sure to keep following DFB for all of your latest Disney news and updates!

What is your favorite thing we found this week? Tell us in the comments!

The post What’s New at Disney’s Hollywood Studios: A SALE on Lightsabers! first appeared on the disney food blog.