There’s some exciting EXCLUSIVE entertainment in Disney World…but some of it is about to become available for everyone! 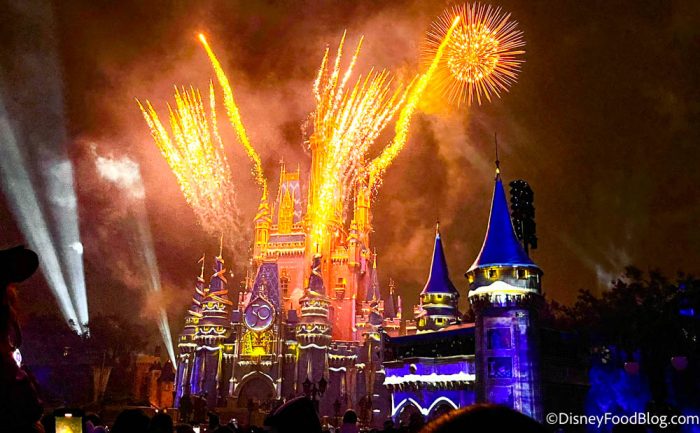 During Mickey’s Very Merry Christmas Party, you can find special Christmas-themed fireworks, a unique stage show, and more offered just for those who pay the extra bucks to attend the event. But, there’s a secret way to experience that exclusive entertainment without having to pay extra — visiting Disney World later in the year! After that last Christmas party takes place on December 22nd, 2023, there will be some BIG changes in Disney World.

Check out ALL of the Christmas entertainment (typically exclusive to Mickey’s Very Merry Christmas Party) that you’ll find in Disney World soon.

Mickey’s Most Merriest Celebration is a stage show that is traditionally exclusive to the holiday party. To watch it, visit the Cinderella Castle Stage. During the show,  live dancers and performers will join Mickey & friends to get you in the holiday spirit. 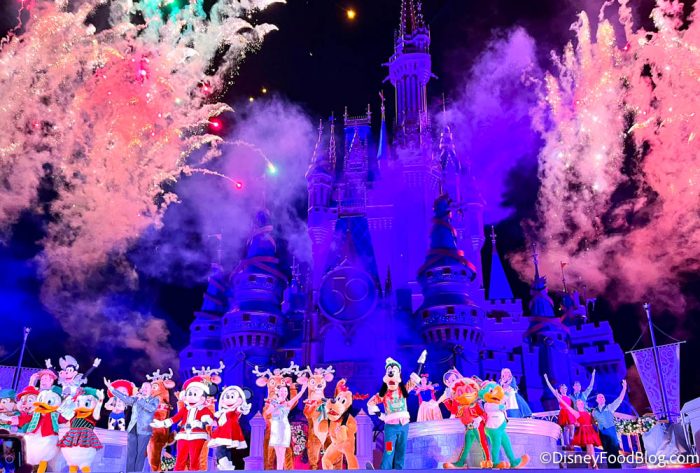 Mickey’s Once Upon a Christmastime Parade 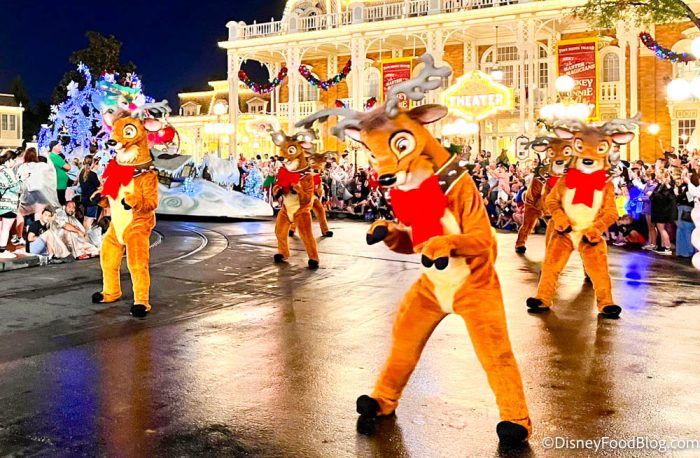 During the parade, you’ll find Disney characters in their best holiday looks, the iconic Clarabelle Cow baking cookies, and much more!

See videos from the parade here!

During this show, you’ll watch fireworks while listening to festive music, and there are fun lights and projections on the Castle that’ll have you feeling merry and bright. 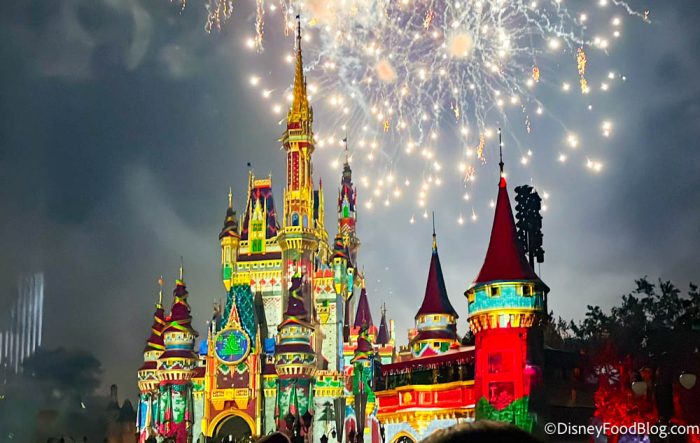 The holidays in Disney World

The fireworks then change to the New Year’s Eve themed Fantasy in the Sky Fireworks on December 30th and 31st. Enchantment will start being offered again on January 1st, 2023.

Note that until the change on the 23rd, the fireworks schedule is as follows:

If you’ll be in Disney World during these upcoming weeks, you’ll likely have to brave some significant crowds, but seeing all of this exclusive entertainment without having to pay for a separate holiday party ticket can be a major plus. 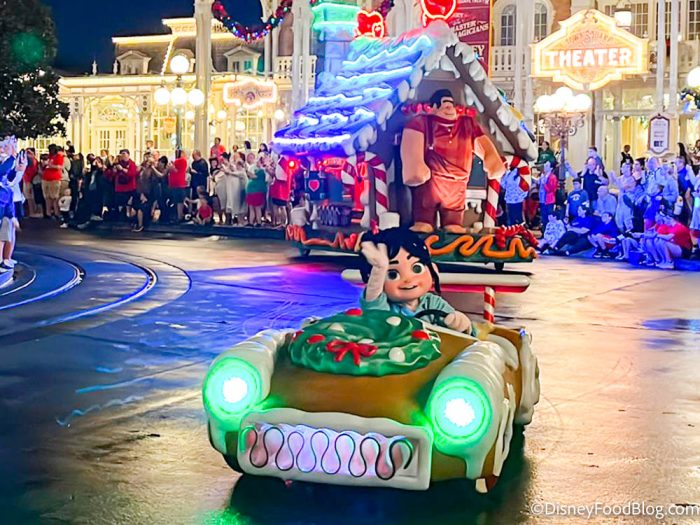 To learn about our tips for using Genie+ on the most crowded days, click here. And to see photos and reviews of ALL the holiday snacks we’ve had in the parks and resorts, check out our page here! Stay tuned for the latest news.

Will you be in Disney World this holiday season? Tell us in the comments!