If there’s one thing we love about Disney World, it’s the food! Disney is continuously introducing brand-new foods, and we often see the introduction of new food trends at Disney — especially during EPCOT festivals! 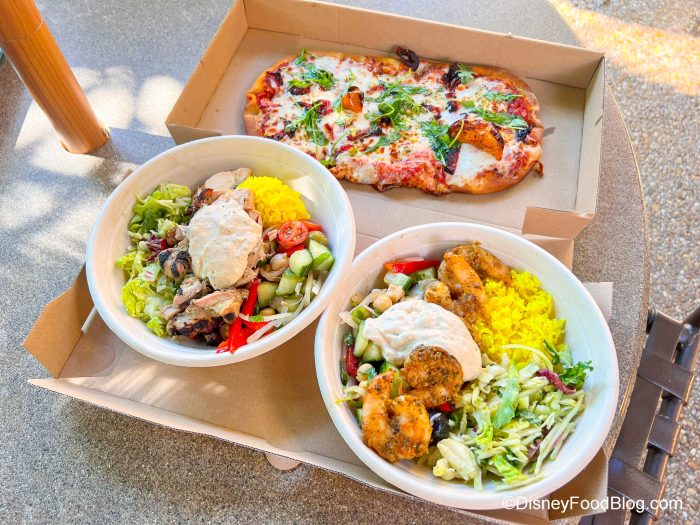 The spread of new foods we recently tried at The Mara

Since we know that Disney World follows what’s trending in the food world, we’re making some predictions today about the food trends we might see popping up on Disney World menus in 2023!

You have probably noticed a huge trend toward plant-based “meat” being offered in restaurants far and wide. Disney announced a partnership with Impossible Foods back in 2020, and serves Impossible Burgers, Sausage, Meatballs and other items at Disney World, Disneyland, and on Disney Cruise Line ships. 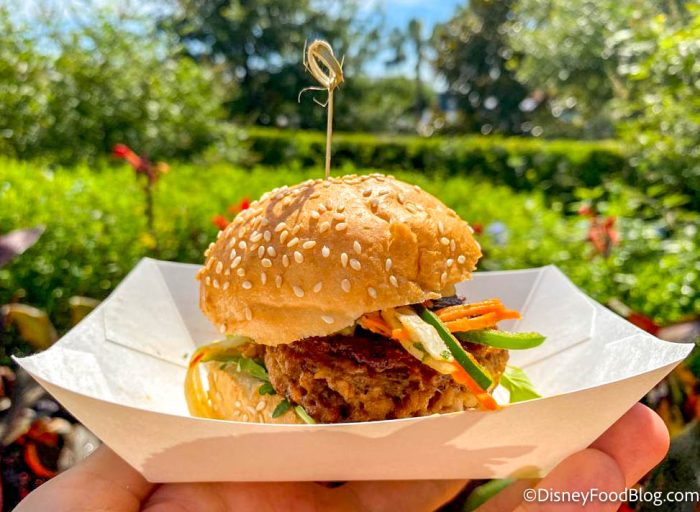 “Vegetarians and vegans want to eat clean, simple food,” Badaracco said in an interview with DFB. “People want to eat plants as plants.”

That means we could see less meat substitutes and more plant-based whole foods — like beans and mushrooms — on Disney World menus.

It is absolutely no secret that food costs have been on the rise for most of 2022. And just as that might affect what you buy to cook with at home, it is affecting restaurant menus, as well. 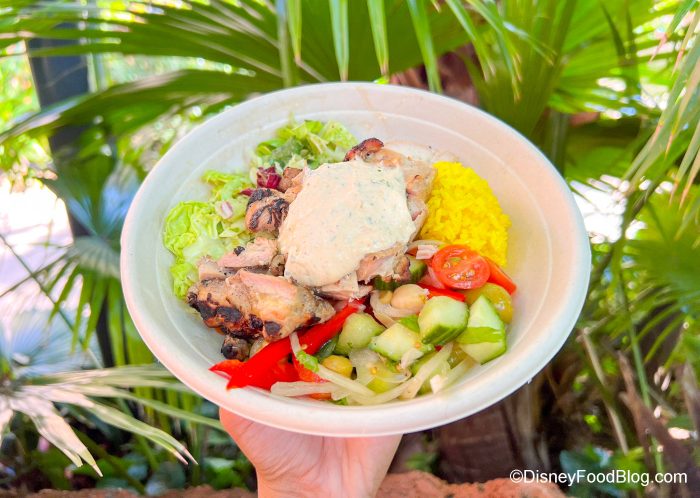 Oak-Grilled Chicken Bowl at The Mara

We just saw The Mara at Animal Kingdom Lodge introduce three new bowls, which Badaracco said are a cost-cutting strategy. They allow a restaurant to offer more rice and vegetables and less meat, but in a beautiful presentation. Look for more of these, as well as skewered meat being offered on a bed of rice.

“It’s not to trick consumers,” Badaracco said. “It’s to keep pricing even.”

Searches for “Mocktails” are up 59% on Yelp this year, and that trend should continue into 2022. The restaurant review app says to look for the introduction of Michelaguas — a non-alcoholic take on the popular beer-and-tomato juice cocktail — on more menus, as well as an increase in the popularity of non-alcoholic slushie drinks. 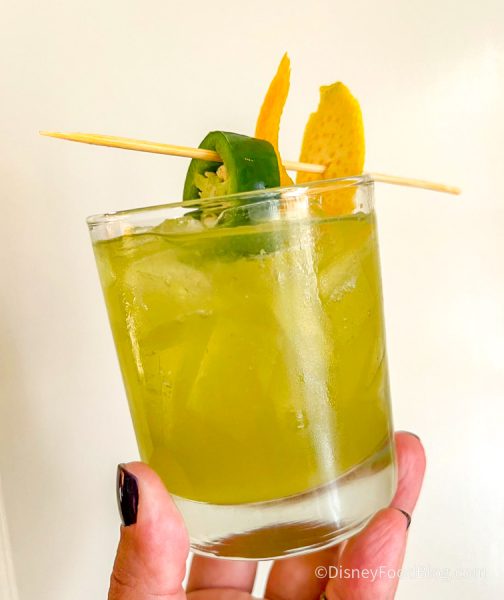 Sober celebrities like Jennifer Lopez, Blake Lively, and Natalie Portman are fueling this trend. We have seen Disney up its non-alcoholic beverage game, especially with the introduction of EPCOT International Food & Wine Festival offerings like the Frozen Apple Pie and Mango Lassi.

Another trend we’re keeping our eyes peeled for at Disney Parks: “Dirty” Sodas. These soft drink “cocktails” originated in Utah, blew up on Tik Tok, and usually contain soda, a splash of drink, and a flavored syrup.

Check Out Our Recipe for Disney’s Maleficent Mocktails

Disney food fans know about Ube because of the Purple Glazed Ube donut at Everglazed Donuts & Cold Brew in Disney Springs. Ube is a bright purple yam native to the Philippines. It has a mild flavor that is at home in sweet or savory dishes. 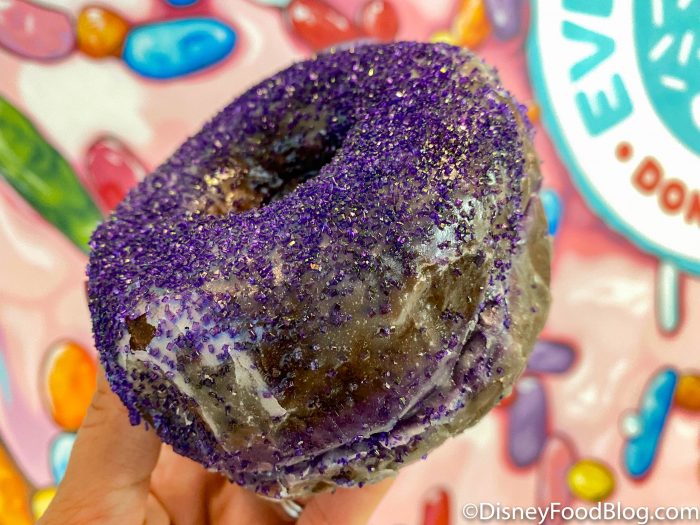 The Purple Glazed Ube Donut at Everglazed in Disney Springs

The 2023 predictions by PR agencies AF&Co. and Carbonate say that Ube will be “ubiquitous” in 2023, both because of a larger trend of Filipino cuisine, and because the bright purple color of Ube makes dishes Instagrammable.

While there has been a trend toward food that is farmed sustainably for many years now, there’s a new buzz word you will see popping up on food labels and menus in 2023: “Regenerative.” The word designates crops that have been farmed in a way that improves soil health and the ecosystem. 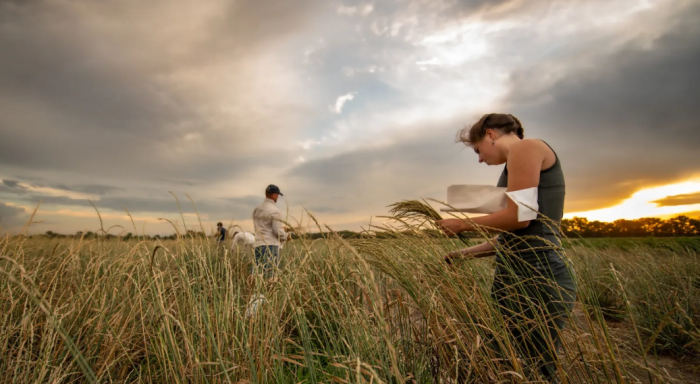 One up-and-coming regenerative crop we could start seeing on menus is Kernza — a wheatgrass developed by The Land Institute. It is currently ground into flour to be used in quick breads like muffins and pancakes, cooked and served like rice pilaf, and used in brewing beer.

The trend toward whole foods we mentioned above will extend into sweeteners in a big way in 2023, with people wanting naturally sweetened items rather than artificial sweeteners. Disney World has no-sugar-added desserts available in several restaurants.

Whole Foods says dates are the next hot, natural sweetener, so we look for them to be included in Disney World no-sugar-added desserts in 2023.

That’s our round-up of 2023 Food Trends you might see at Disney World. Stay tuned to DFB for the latest Disney food news!

What new food trends would you like to see at Disney World? Tell us in the comments!

The post Hot New Food Trends That Could CHANGE Disney World Menus in 2023 first appeared on the disney food blog.