Fantasmic! is back! Disney fans are excited about it, too — so much that when the show reopened after over two years of being closed, there were HUGE crowds trying to catch it. 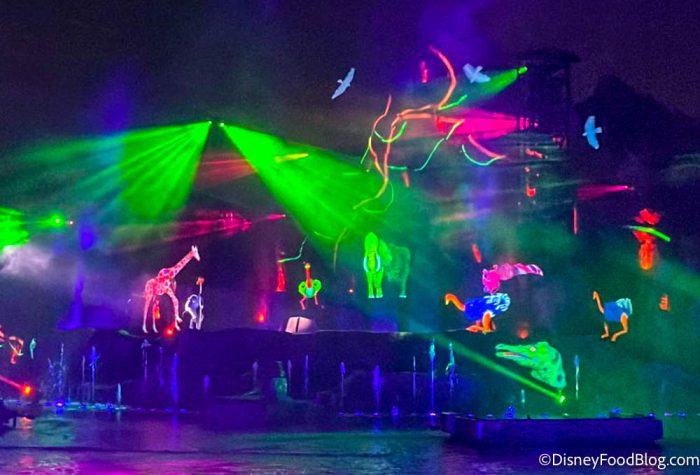 Disney likely anticipated these crowds because the show was scheduled to have two performances per night, at least for a little while after the reopening. Then it went back to one show per evening. However, we now know when Fantasmic! in Disney’s Hollywood Studios will go back to two shows per night.

According to the Disney World calendar, Fantasmic! will still only have one performance most evenings through November 16th. However, on November 17th and onward, the calendar shows two shows each evening: one at 7:30PM and one at 9PM. Note that on some nights, the first showing is at 8PM.

It is important to note that MOST nights until then have one showing, however November 12th has an extra Annual Passholder exclusive performance and November 14th has two showtimes at 8PM and 9:30PM.

Fantasmic! will continue to have two shows per evening until January 8th, when it just starts showing one show per night again at 8PM.

Note that showtimes could change and they do change all of the time, so be sure to check the Disney World website or My Disney Experience app to double-check those times!

If you’re planning on seeing the show, keep a lookout for some brand new scenes! The show was updated during its closing!

See All of the CHANGES Made to Fantasmic! in Disney World

Have you seen Fantasmic! since its return? Let us know in the comments!

The post When You’ll Get TWO Fantasmic! Shows Per Night in Disney World first appeared on the disney food blog.