The holidays have officially begun in Disney World and Hollywood Studios is looking quite festive! 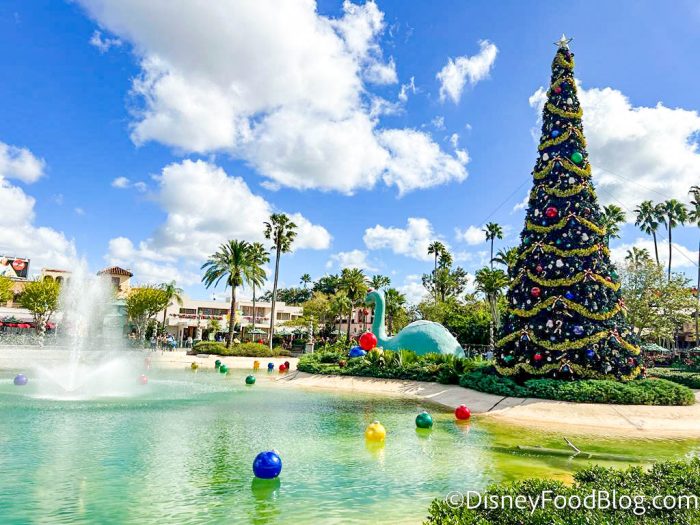 The Christmas tree is up, the red and silver stars are lining Sunset Boulevard, and garland is practically everywhere. There was one holiday attraction missing from the park, however…until NOW!

The holiday motorcade is BACK in Hollywood Studios! The dancing elves were once again paving the way for the guest of honor, who you can probably guess. The motorcade travels all the way down Hollywood Boulevard. 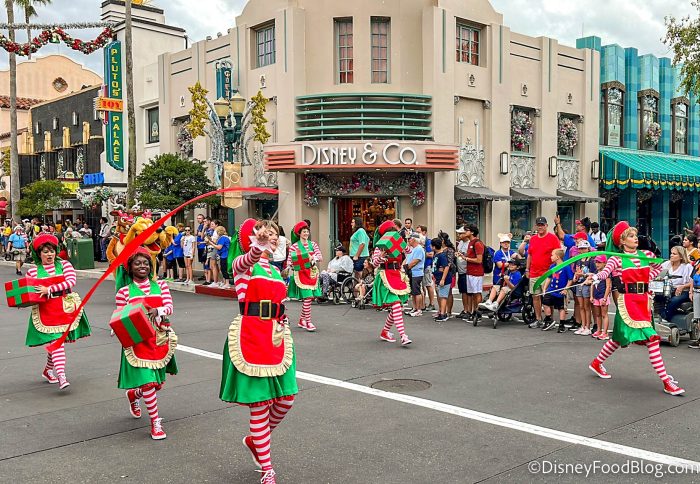 The elves were dressed in festive red and green, and they had ribbons and presents. Also, we saw SNOAP (snow + soap, or Disney’s version of snow) coming from machines on top of Hollywood Boulevard shops! It was a nice touch. 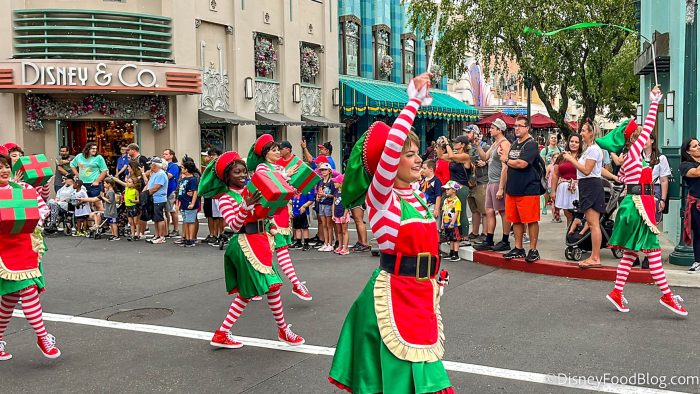 Trailing behind the elves were two reindeer and Pluto, who as also wearing reindeer antlers! 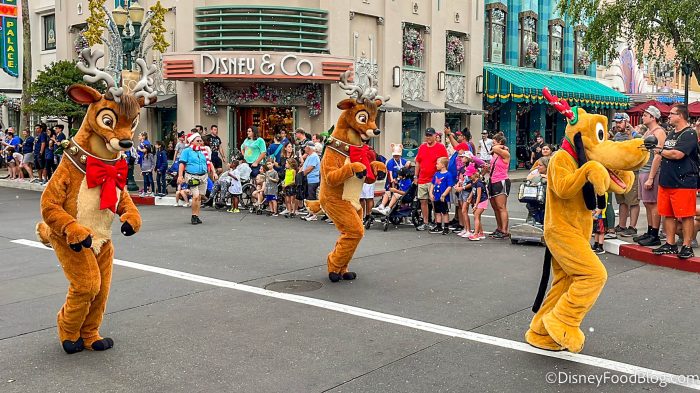 The reindeer seemed to be having a holly-jolly time. 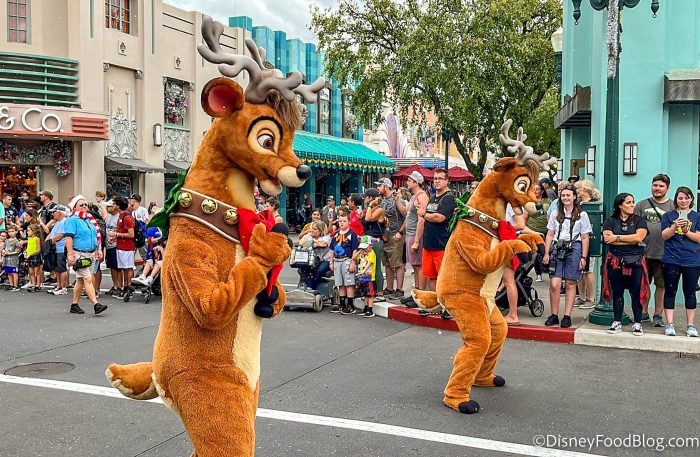 And finally, Santa Claus made his big entrance…in a red convertible! No sleigh here, folks. 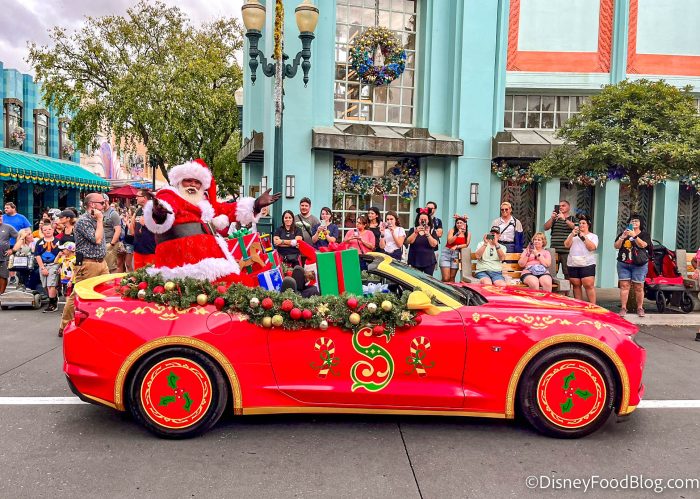 His sleigh…ahem, convertible…has a green letter “s” on the side and some other festive decorations, like garland and presents. You can catch the Santa Claus Motorcade several times a day, so make sure you keep your eyes and ears open so you can catch Santa! 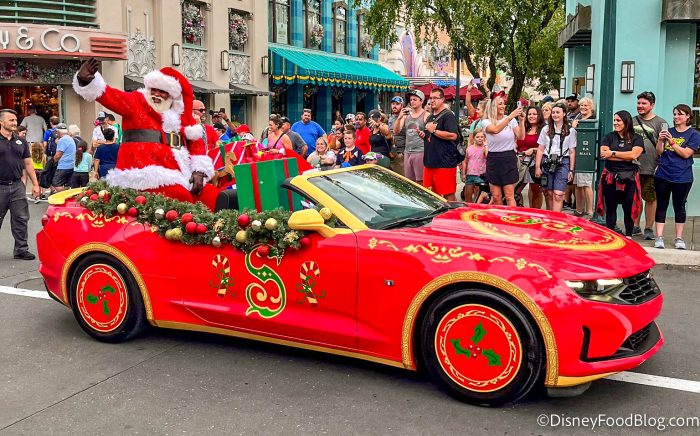 Is the convertible an upgrade?

If you’re looking for more holiday festivities in Disney World, you can check out the Christmas Tree Stroll in Disney Springs, or you might want to visit one of the hotel gingerbread houses, like the gorgeous gingerbread castle in Disney’s Contemporary Resort. 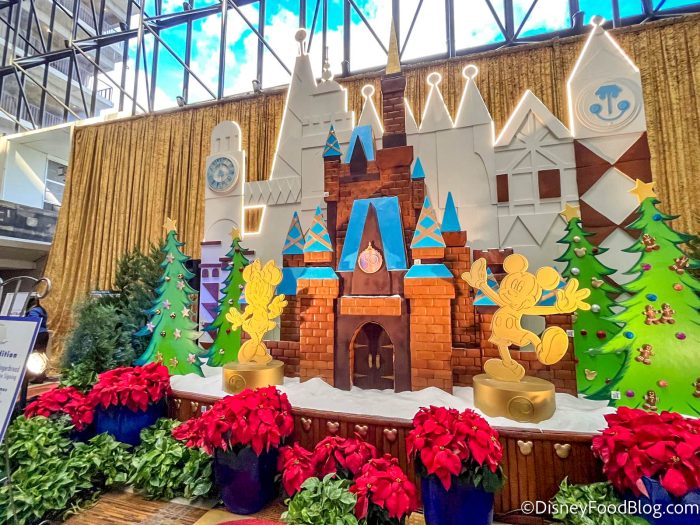 Check out all the next-level holiday treats in Disney’s Hollywood Studios!

Are you visiting Disney World this holiday season? Tell us in the comments!

The post PHOTOS: Santa and His Reindeer Have Officially Arrived in Disney’s Hollywood Studios first appeared on the disney food blog.