Our favorite Christmas carol is playing: “All I Want For Christmas is Disney Food” (okay, we totally made that up). 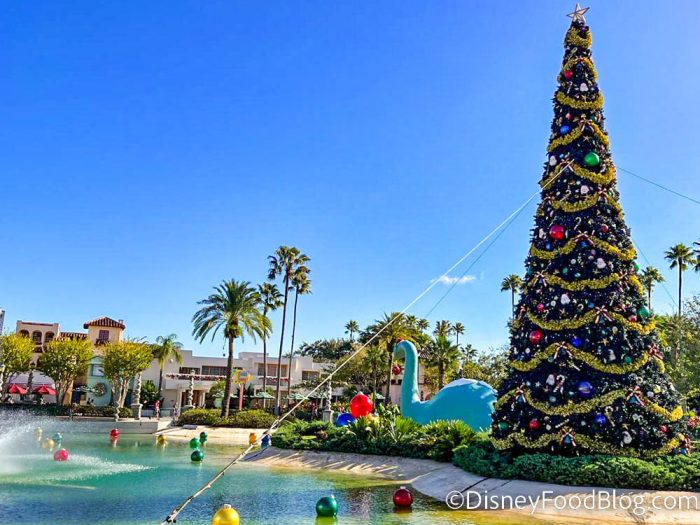 We are SO in the holiday spirit, though. We’ve been admiring the gorgeous holiday decorations in the parks, we’ve been to the GIANT gingerbread house at the Grand Floridian, AND we’re trying out a TON of new holiday snacks. Speaking of which, there’s a Santa Mickey Cupcake we can’t WAIT to bite into, so come along with us as we try it out!

Yep, this is the Santa Mickey Cupcake and it’s so cute! It’s also a little different from what you might expect. It’s a chocolate cupcake with red almond buttercream, white chocolate, and dark chocolate Mickey ears! 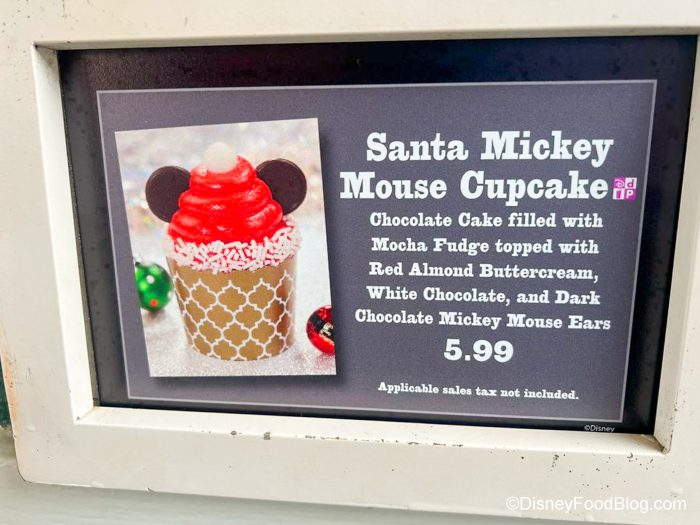 We’re going to say that this is a solidly good cupcake. The cake is nice and moist and we really liked the red almond buttercream — it was sweet, but not sickeningly so. 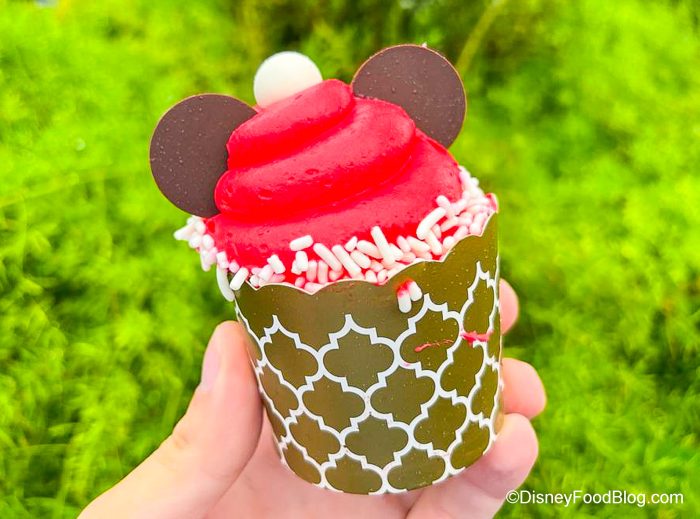 There is, though, a LOT of that buttercream. So make sure you love frosting before you try it! 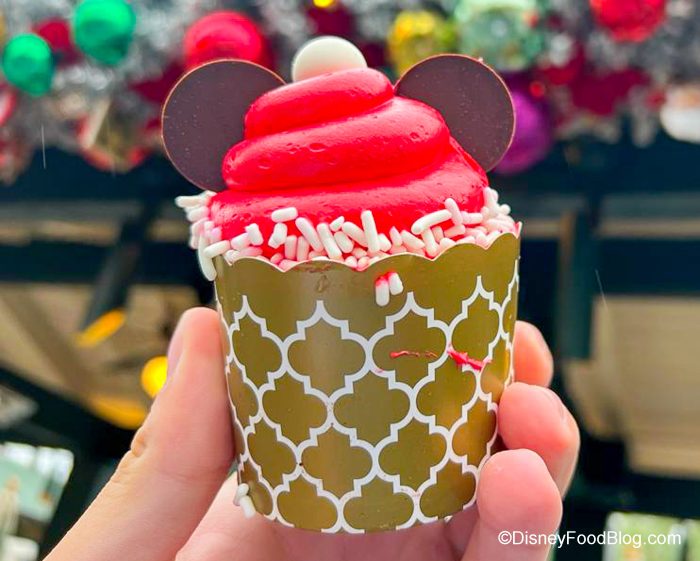 However, this cupcake has a secret — because inside is a mocha fudge filling. YES!!! This really elevates this cupcake and separates it from other similar snacks we’ve had. 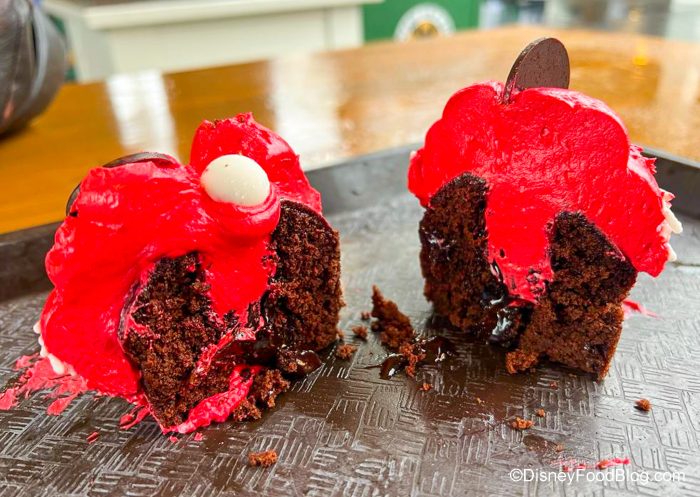 We found this at Rosie’s All-American Cafe in Disney’s Hollywood Studios for $5.99 — so be sure to drop by there if you’d like to try it out! It’s a lot of fun, and we think it would please the kiddos, too.

Stay tuned because we’ll be reviewing ALL the new holiday snacks in Disney World — you’ll find photos and links to every single review here.

What’s your favorite Disney World holiday snack? Let us know in the comments!

The post A Cupcake Filled With Mocha Fudge?! We See You, Disney’s Hollywood Studios. first appeared on the disney food blog.