One of the best things about visiting Disney World during the holidays is trying all the TREATS! 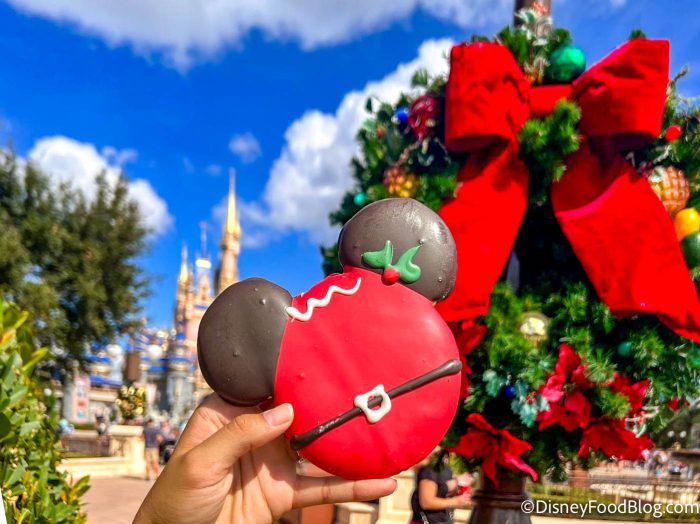 Now at ABC Commissary in Disney’s Hollywood Studios are two NEW holiday treats! We’re starting with the Reindeer Mousse, made with spiced cherry-orange dark chocolate mousse, and chocolate cake, placed on top of a gold chocolate cookie base with dark chocolate glaze and milk chocolate buttercream for $5.49. 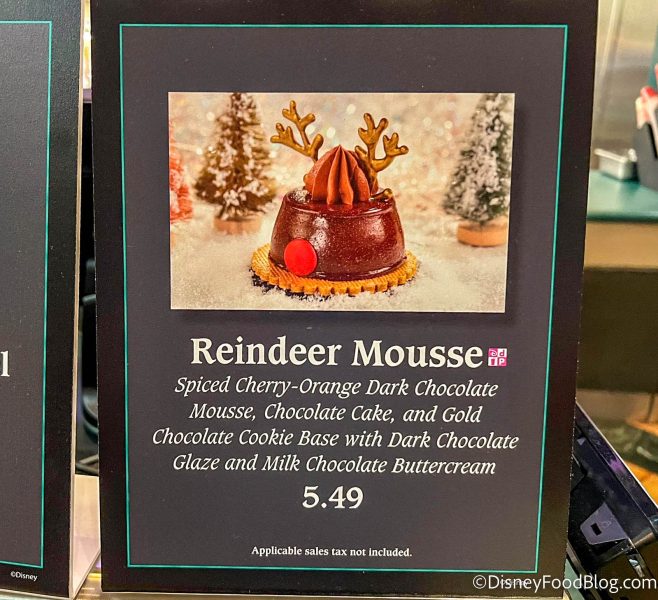 It sure does look cute, but how does it taste?

We found the cherry-orange mousse to be very thick and creamy, and it was a unique flavor profile combined with the chocolate cake. The gold chocolate cookie base was not only pretty but it also added a soft, chewy texture that worked well with the mousse. 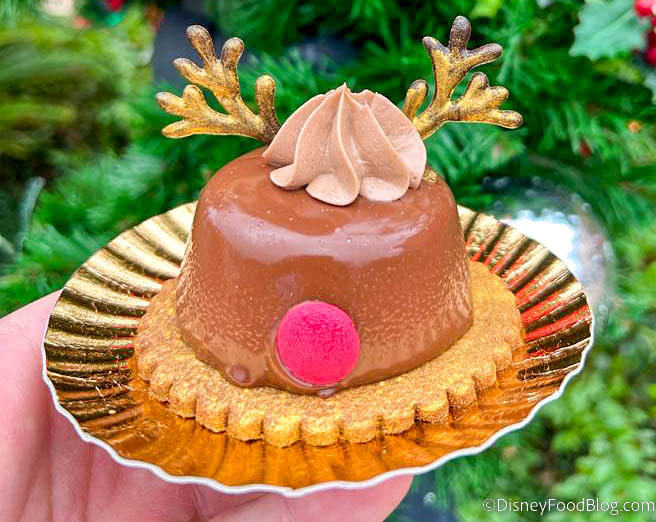 The milk chocolate buttercream added too much sweetness and we could have done without it, but overall dark chocolate and pudding fans would probably enjoy this treat. Plus it’s really cute and very photo-worthy! 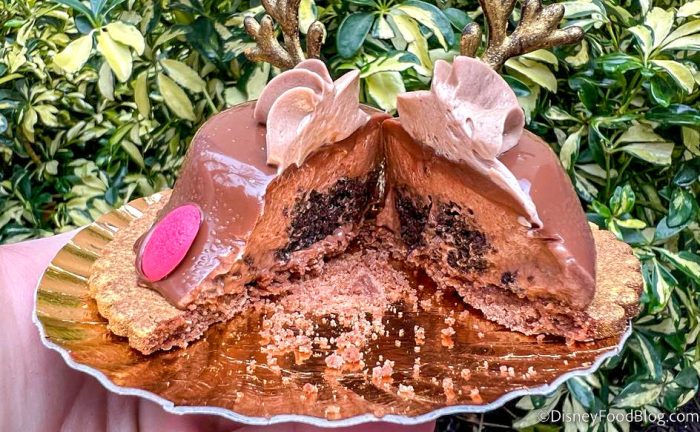 Next up is the Holiday Minnie Mouse Bundt Cake, which is a spice cake rolled in cinnamon sugar with apple pie filling and topped with spiced maple buttercream and salted caramel icing for $5.99. 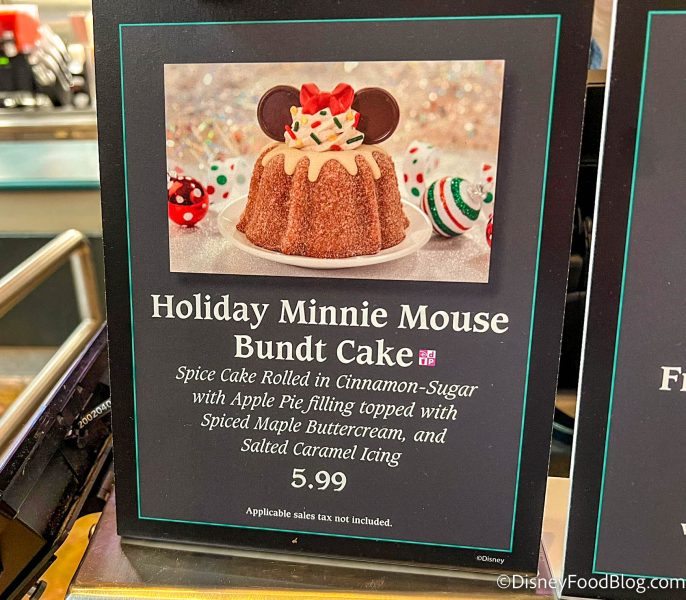 This is another really adorable treat! It’s not too cute to eat, however.

The spiced maple buttercream combined with the apple pie filling paired together beautifully. The cake itself was light and moist with a strong apple flavor, and all the spices helped offset the sweetness of the buttercream. In the right light, the gold sugar and spices seemed to twinkle! 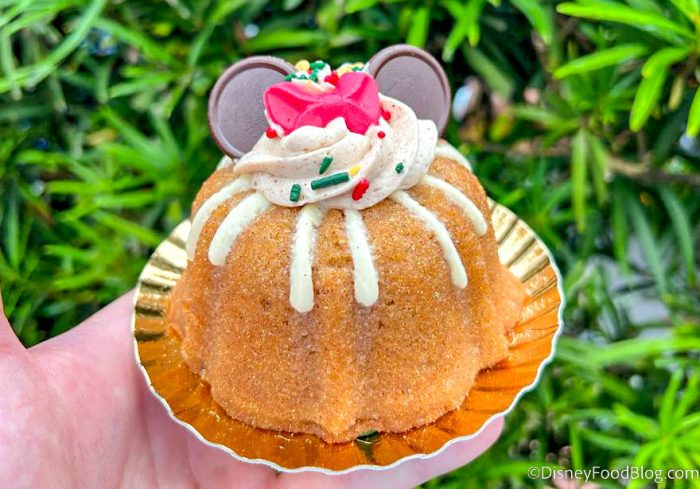 We did think the white chocolate bow on the top tasted a little off and out of place, but otherwise, we really loved this dessert. It is really small, however, when you consider the $6 price, so keep that in mind if you were hoping to share it. And the apple flavor was the most dominant flavor, so steer clear if that’s not your thing. 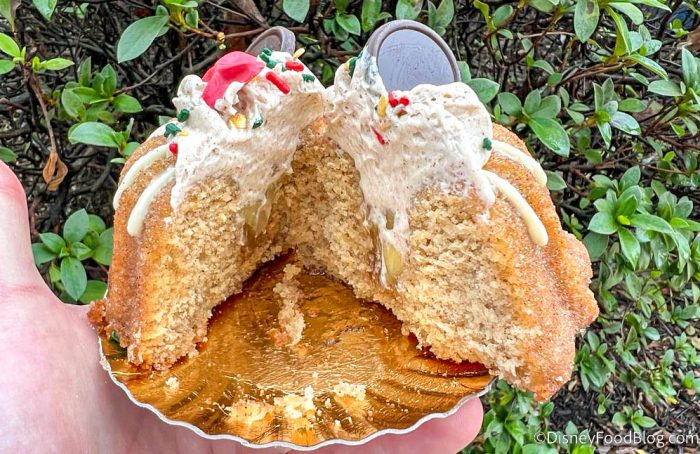 If you’re looking for more holiday treats in Hollywood Studios, you can check out our reviews of the Candy Cane Milkshake from Hollywood Scoops, the Hot Chocolate Lunch Box Tart from Woody’s Lunch Box, and the Red Velvet Whoopie Pie from Backlot Express! 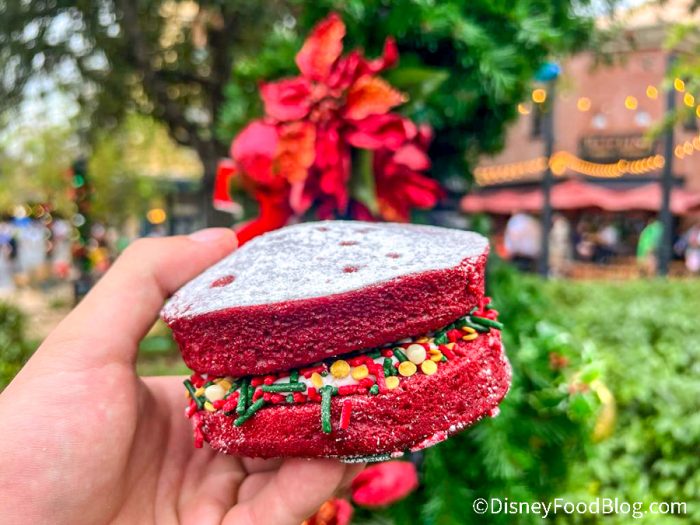 Check out all the holiday treats coming to Disney World here!

Would you try either of these new treats? Tell us in the comments!

The post TWO Stand Out Snacks Just Made Their Debut in Disney’s Hollywood Studios first appeared on the disney food blog.