Are you heading to Disney World soon? If you are, it’s important to know when the parks will be open and whether or not Park Pass Reservations are still available for the days you want to go!

Next week is particularly exciting because it marks the return of the first Mickey’s Not-So-Scary Halloween Party in Magic Kingdom since 2019! This event, plus other things like Extended Evening Hours for certain Disney World hotel guests may affect your visit, so let’s take a look at the park hours and Park Pass Reservation availability for the week of August 7th-August 13th.

Magic Kingdom will be open from 9AM-10PM Monday through Thursday next week, but Friday is when things take a turn as the park is open from 8AM-6PM. This is because Mickey’s Not-So-Scary Halloween Party will start at 7PM that night. Disney did recently change the park hours for Magic Kingdom that day (and the days of other Halloween parties), so the park will open at 8AM instead of 9AM to give guests without party tickets a little extra time in the park.

EPCOT will be open from 8:30AM-9PM every single day next week.

There will be Extended Evening Hours on Monday, August 8th from 9PM-11PM.

And it looks like Disney’s Hollywood Studios is also making it easy for everyone to remember, as this park’s hours is the same every day next week, as well.

As usual, park hopping will be available after 2PM to any guest who has the park hopper ability added to their ticket. 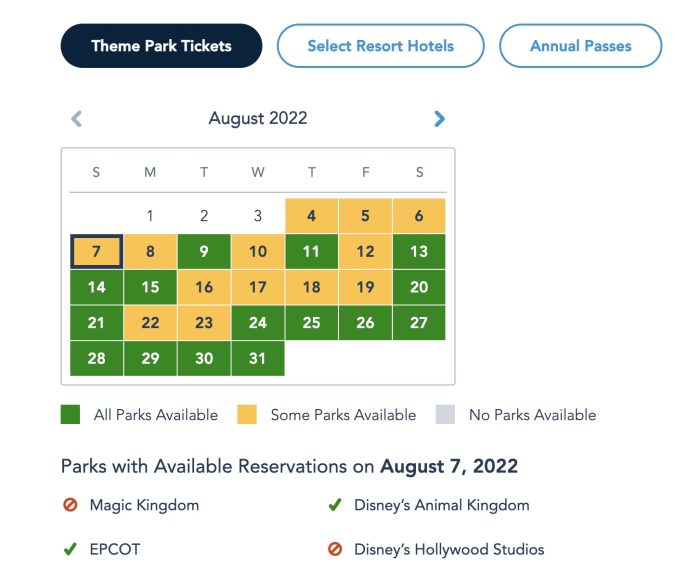 For select Disney World Resort Hotel guests, Magic Kingdom and Hollywood Studios may also be a struggle to get into next week. These two parks are sold out on August 7th, 8th, 10th, and 12th. All four of the Disney World theme parks are available on August 9th, 11th, and 13th. 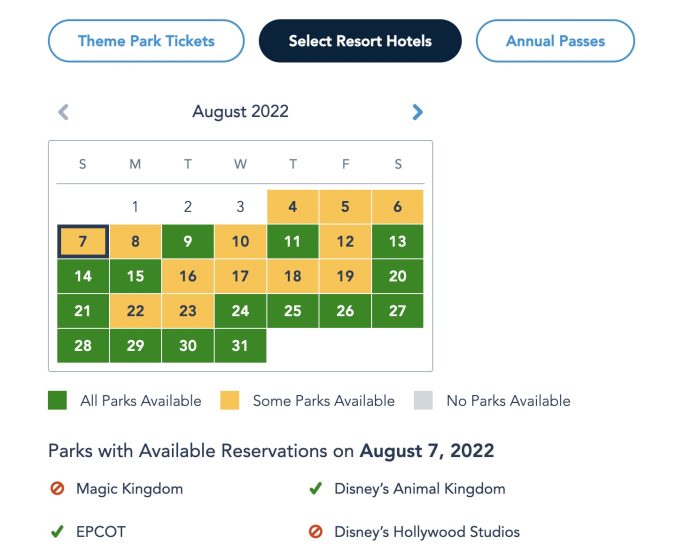 If you have an Incredi Pass, your availability next week (and many weeks after that) is wide open. 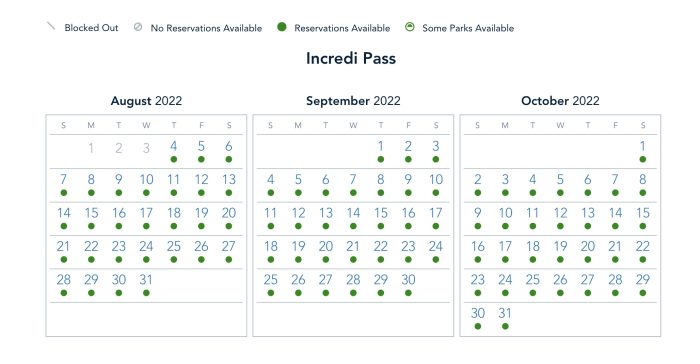 If you have a Sorcerer Pass, your Park Pass Reservation availability is also wide open next week. 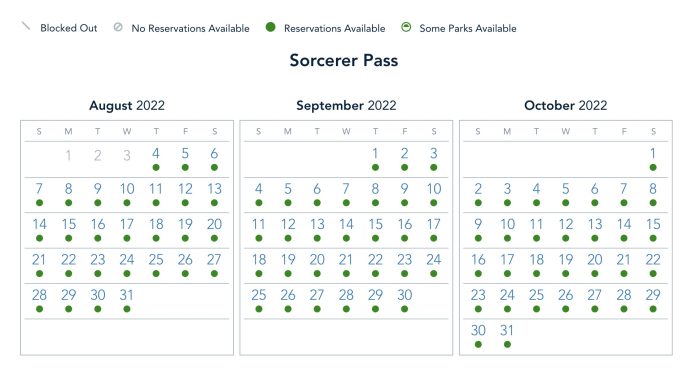 Just like the other two, the Pirate Pass has open availability next week, as well. 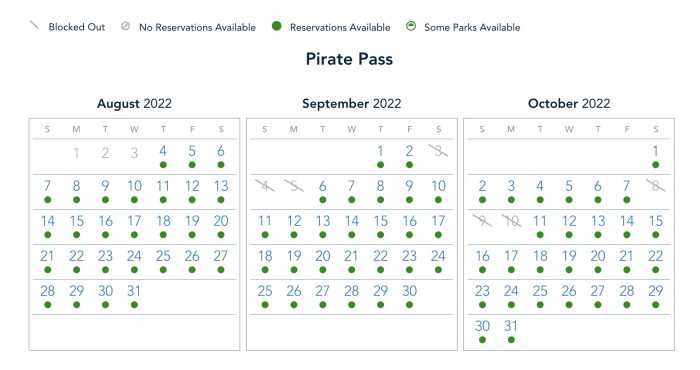 And finally, we have the Pixie Dust Pass. This pass is blocked out on weekends (which means that you aren’t able to get into the parks with it), but it has open availability for all four theme parks next week. 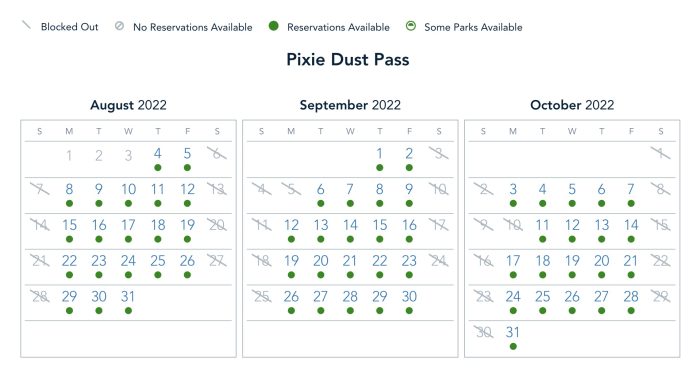 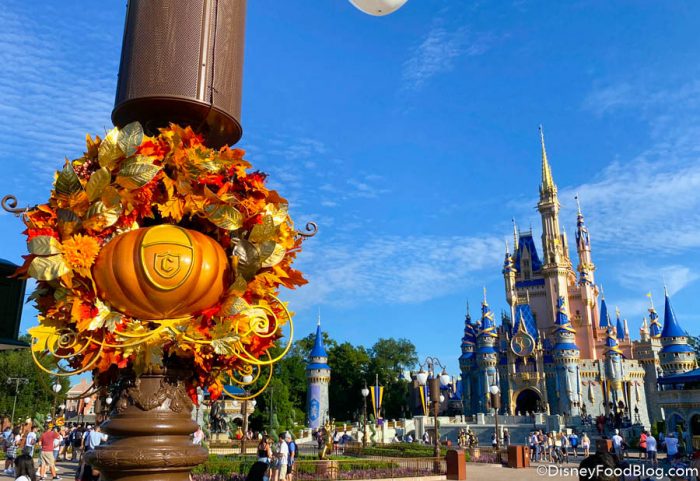 If you’re someone who’s less about the shopping and more about the food, don’t worry, because Disney has already released a sneak peek of Halloween snacks and treats that will be coming soon, as well. Make sure to stay tuned to DFB for the latest!

Are you going to Disney World next week? Let us know in the comments!

The post Which Parks Are SOLD OUT in Disney World Next Week first appeared on the disney food blog.