Disney World is currently celebrating its 50th Anniversary in a BIG way. There have been new snacks, firework shows, cavalcades, and more. Of course, the party wouldn’t be complete without a LOT of new souvenirs. Some of the merchandise we’ve seen celebrates Disney’s history, with vintage designs and logos from Disney’s past. And some of those items are serious throwbacks! 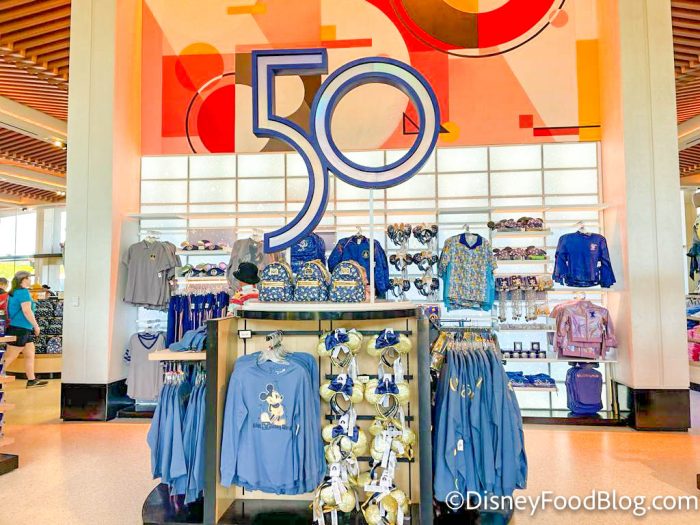 One of the “old-school” souvenirs we spotted last year was a throwback to popular souvenirs of Disney’s not-so-distant past. Remember those little Vinylmation toys that used to be super popular in the parks? There were new 50th Anniversary Vinylmation figures available online and in Disney World, and they sold out FAST. Now, there’s a new series of these toys, and we recommend moving quickly if you plan to buy one!

Series 2 of Disney World’s 50th Anniversary Vinylmation Figures is now available online at shopDisney. You can purchase a blind box for $14.99, and you’ll receive one 3″ figure. 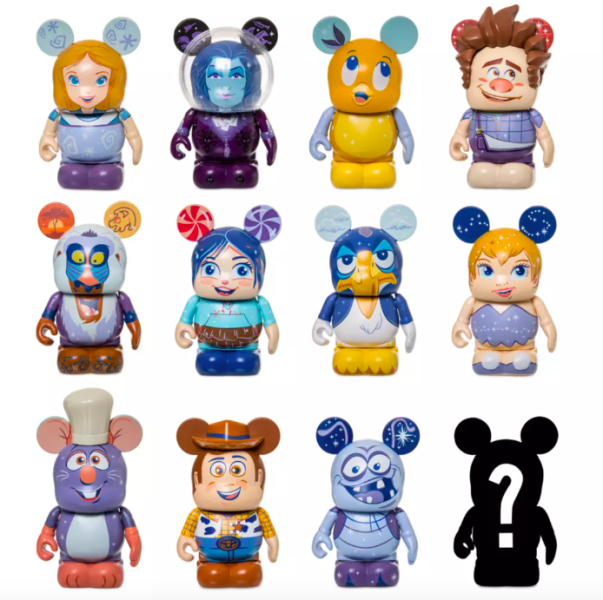 This new series has characters like Alice, Madame Leota, Orange Bird, Wreck-it-Ralph, Rafiki, Vanellope, Zazu, Tinker Bell, Remy, Woody, and Ray, plus one mystery ”Chaser’.” You could get any of those characters in your box! 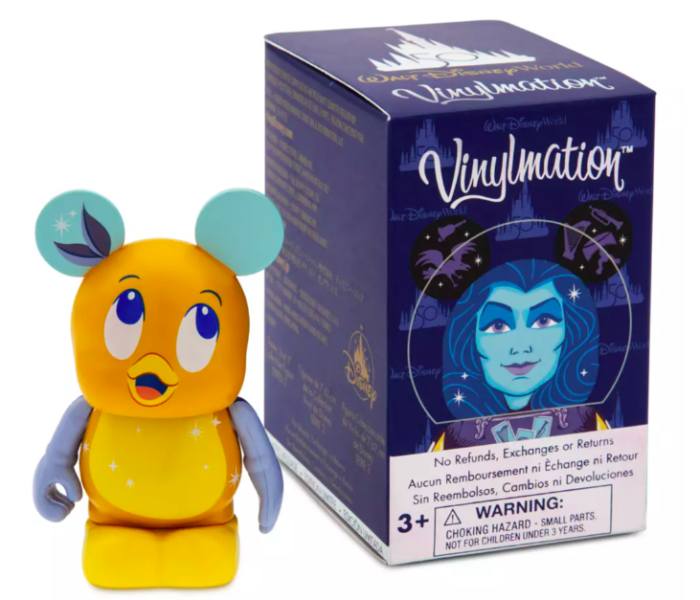 Each figure is designed in the 50th Anniversary color scheme, with pastel purple and gold colors. They all have little Mickey ears on their heads, which often have designs that represent the character.

But if you want ALL of the new characters, you can buy the 50th Anniversary Vinylmation Tray, which has 12 packages, including one of each character. 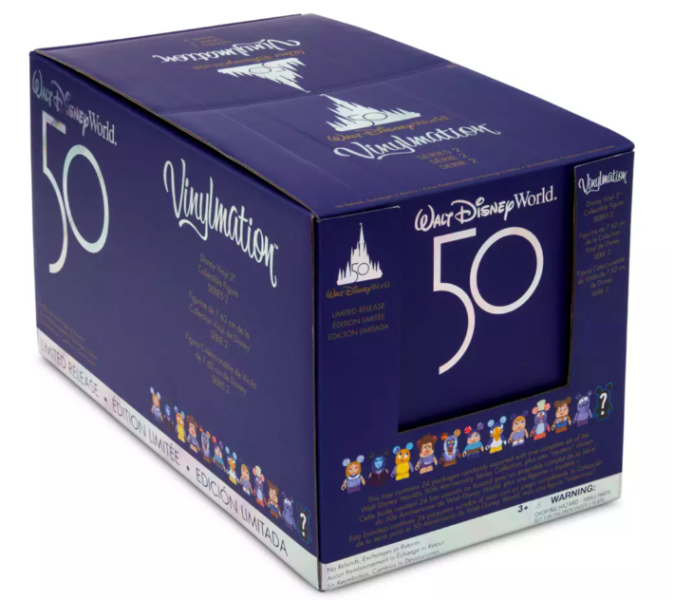 Each of the 12 packages is blind-boxed, so you won’t know which figure is in each box until it’s opened. 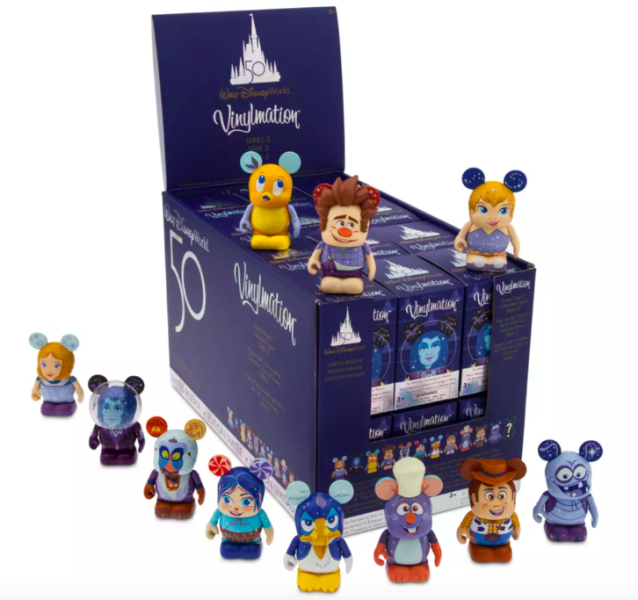 This set doesn’t come cheap, though. For all 12 characters, you’ll have to give up $359.99! If the collectibles are worth it to you, you can buy them now on shopDisney. Despite the high price tag, we saw Series 1 sell out fast last year, so you may need to move quickly to get yours!

There’s no shortage of 50th Anniversary merchandise available now, whether you’re in Disney World or shopping online. We recently spotted a 50th-themed bag that you can get for FREE in Disney World, or you can find some new Mickey balloon crocs online for more of a vintage vibe. 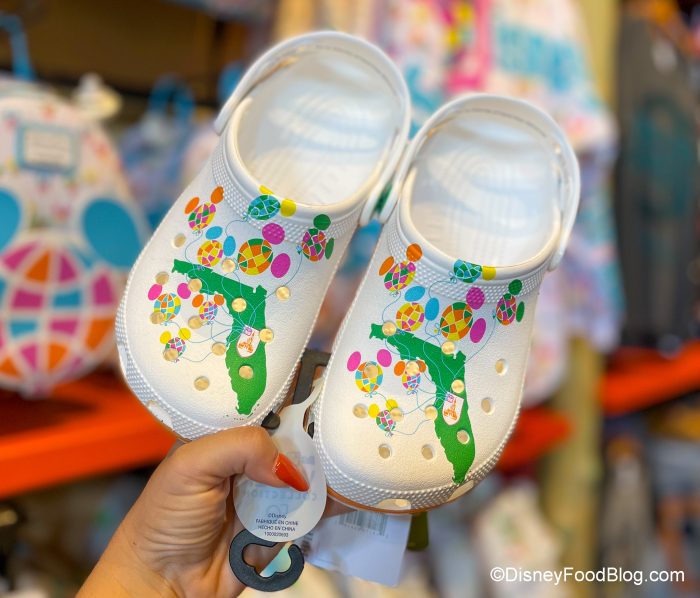 These are SO cute

Disney World’s 50th Anniversary will last through Spring 2023, so you’ve still got plenty of time to visit the parks and take part in the celebrations. Check out the nighttime shows Enchantment in Magic Kingdom and Harmonious in EPCOT, or focus on snacks and see if you can find all of the special treats throughout the parks! 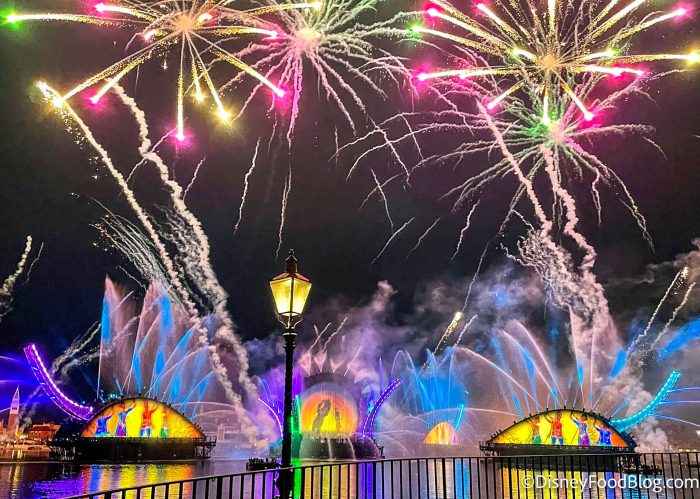 We’ll continue to watch for more updates from Disney, so stay tuned to DFB for all the latest news.

Check out ALL the 50th Anniversary merchandise you can get online right now.

Which of the new Vinylmation figures is your favorite? Let us know in the comments.