Your chance to watch a brand NEW Pixar movie without having to leave the comfort of your couch has finally arrived. 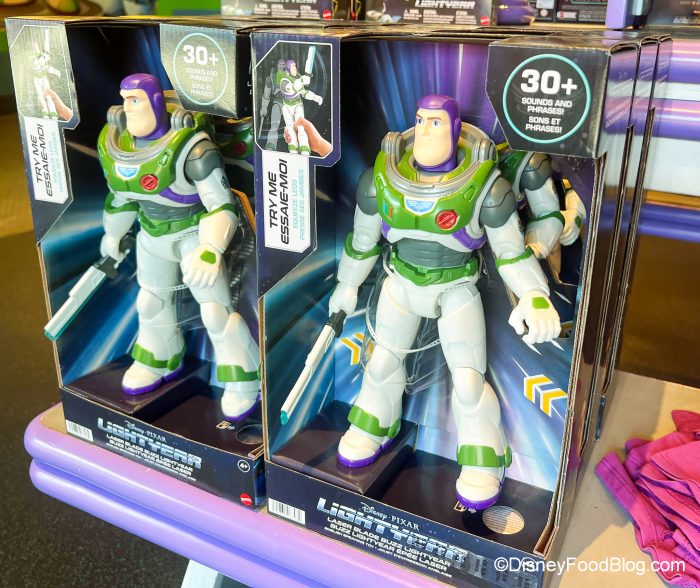 Buzz with a Laser Blade!

While there are already a whole bunch of awesome things to watch on Disney+, and new shows arriving this month, Pixar’s newest film has officially made it to the service and we’re sharing all the details.

Lightyear, the film all about the story that inspired the Toy Story toy of Buzz Lightyear, is officially available on Disney+!

The movie follows the story of Buzz, a legendary Space Ranger, who gets marooned on a hostile planet 4.2 million light-years from Earth. Buzz works to get home “through space and time” and is joined by a group of recruits along with the adorable robot cat Sox!

But, of course, things don’t always go to plan. A little evil villain you might know as Zurg arrives to complicate plans! 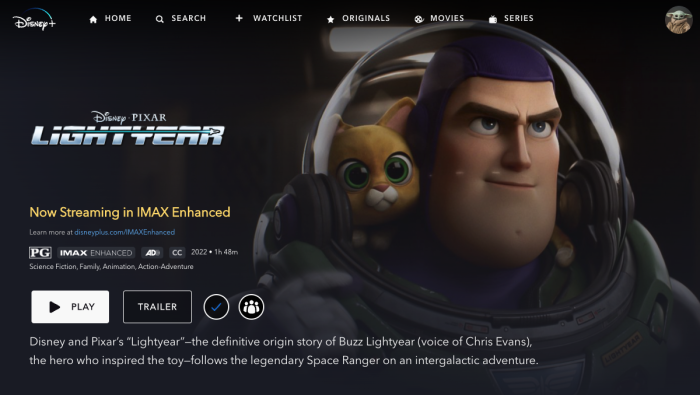 When you visit Disney+ now, you’ll see a banner for the movie and will get to read all the details about it and stream it. The movie is available to watch in both an IMAX Enhanced version as well as a widescreen version. 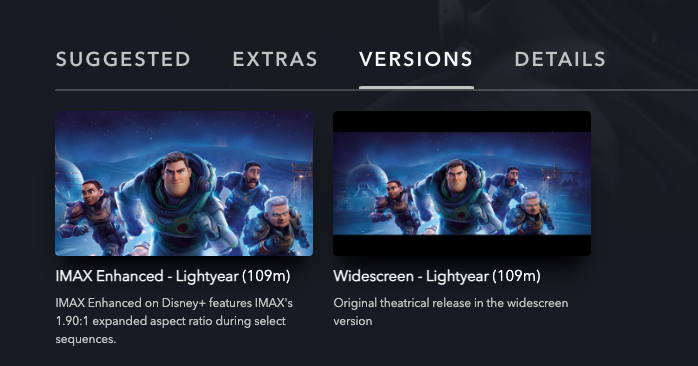 On Disney+, you can also watch the trailer for the movie…

…and take a look at other suggested films — they’re unsurprisingly the Toy Story films!

And don’t forget that if you want to learn more about Lightyear and the evolution of Buzz from toy to human, you can watch the Beyond Infinity documentary also on Disney+.

Plus, you can try to spot the human form of Lightyear in Disneyland… 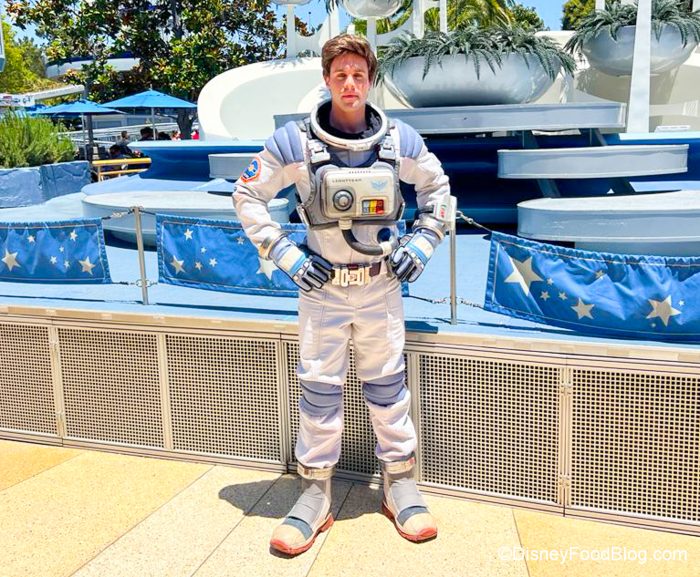 Buzz, is that you? 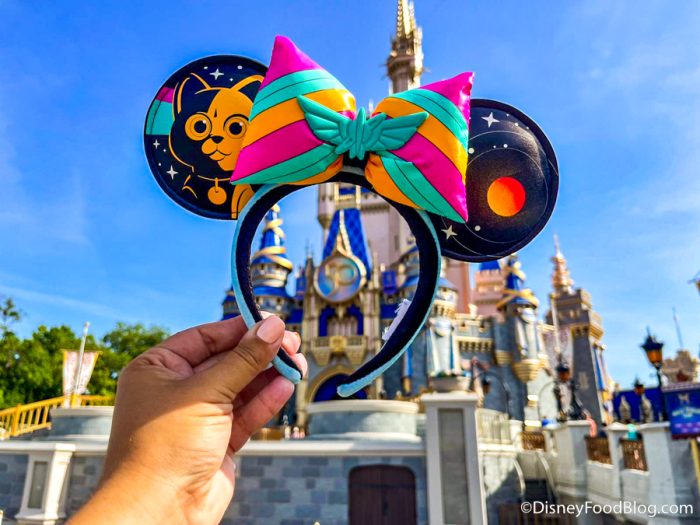 …or learn about how NASA influenced the new movie. 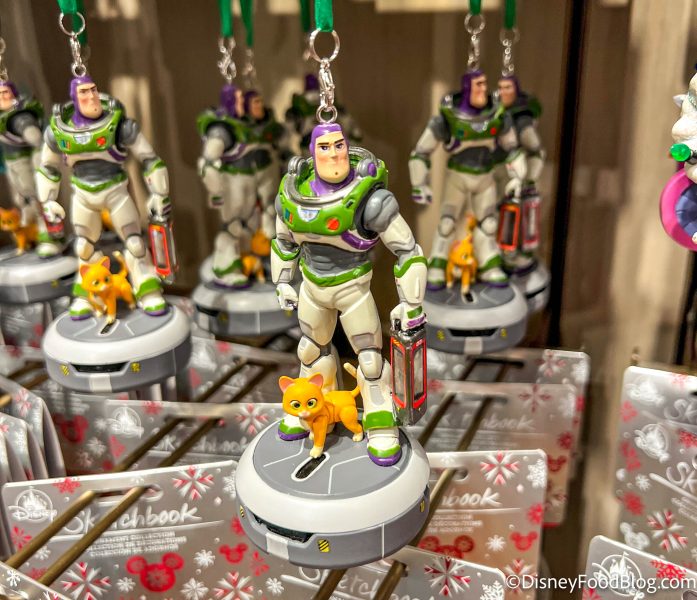 If you want to dive even deeper into Lightyear, click here to read Tom Hanks’ comments on Disney’s decision not to include Tim Allen in the film, and click here to read about how the movie ultimately fell short of opening weekend expectations in the box office.

We’ll continue to keep an eye out for more Disney+ news and let you know what we find! Click here to check out EVERYTHING coming to Disney+ in August, and stay tuned for all the latest updates.

Obsessed with Sox the cat from Lightyear? Click here to check out some of the new items you might need to bring home!

Will you be watching Lightyear on Disney+? Tell us in the comments!

The post ‘Lightyear’ Has Officially Arrived on Disney+ first appeared on the disney food blog.