Corn Dog Castle is a great spot to get classic AND unusual corn dogs. 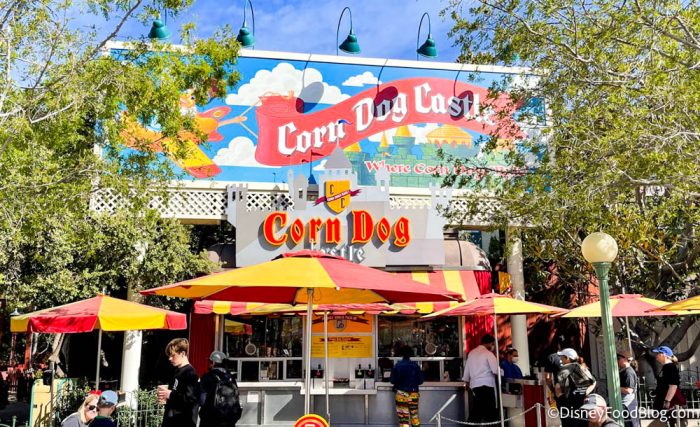 Located in Disney California Adventure, we’ve tried regular menu offerings like the Original Hand-dipped Corn Dog or the Cheddar Cheese Stick, but we’ve also gotten out of our comfort zone to try limited eats like the Christmas Dinner Corn Dog, a GREEN Corn Dog (yes, really), and even a Pepper-Jack Cheese Stick. Now there’s a breakfast corn dog (??) and we HAD to give it a try!

Now available at Corn Dog Castle is the Breakfast Sausage and Egg Corn Dog, which is a corn dog topped with powdered sugar and raspberry jelly, and it comes with a Cutie orange or a small bag of chips for $9.29. 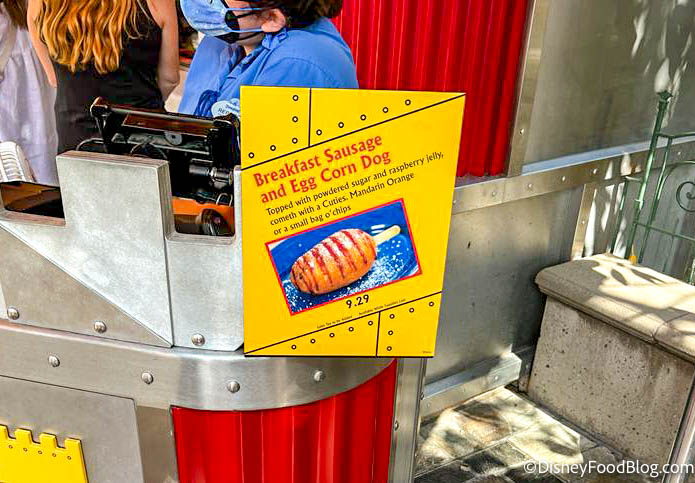 Behold the Breakfast Sausage and Egg Corn Dog! This breakfast dish is served until 12PM which is later than many other breakfast options in Disneyland Resort, so it might be a good option for late risers. 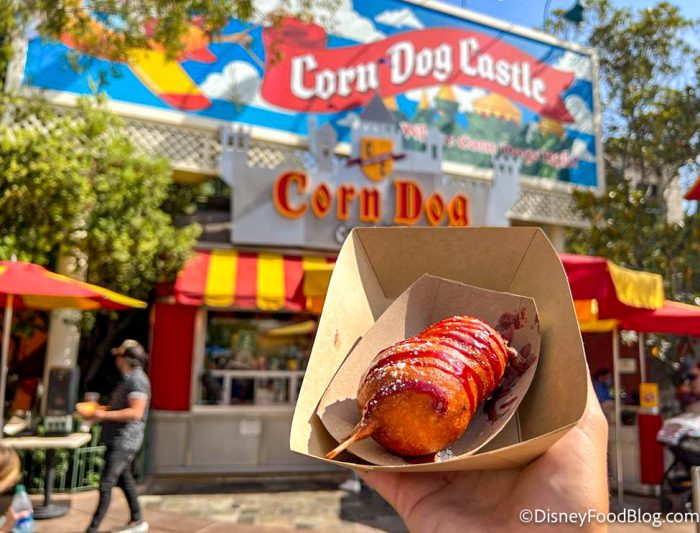 When it came to the raspberry sauce, we loved it! We thought it was sweet and paired nicely with the sausage, which also had a good flavor but was pretty small. This could make a good breakfast on the go — but it’s also an itty bitty bite of breakfast! 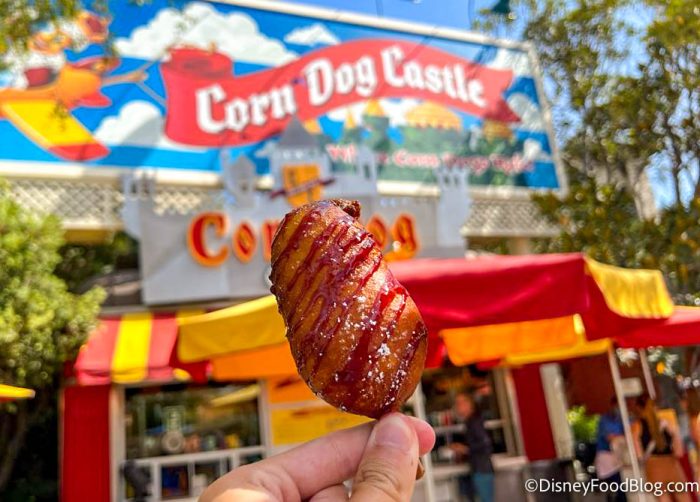 We did think the sausage could have been better. It was smaller than we expected (it was TEENY!) and we wished the egg was presented differently. (We’ll get into that more below.) 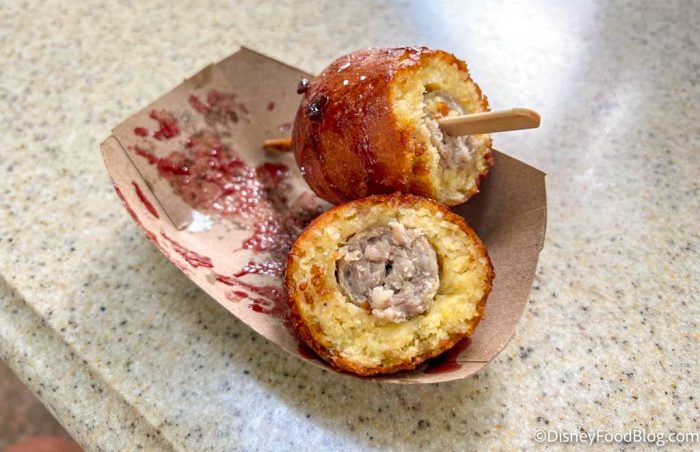 The sausage had a good flavor but it was TINY

Instead of being wrapped around the sausage like we thought it would be, the egg was just a big portion at the end of the corn dog, and the flavor was just okay. It had a bit of a maple flavor but it was kind of weird stuffed into the end of the corn dog. We had expected it to be more like the controversial Pickle Corn Dog, which came with a sausage wrapped in a pickle, but it wasn’t. 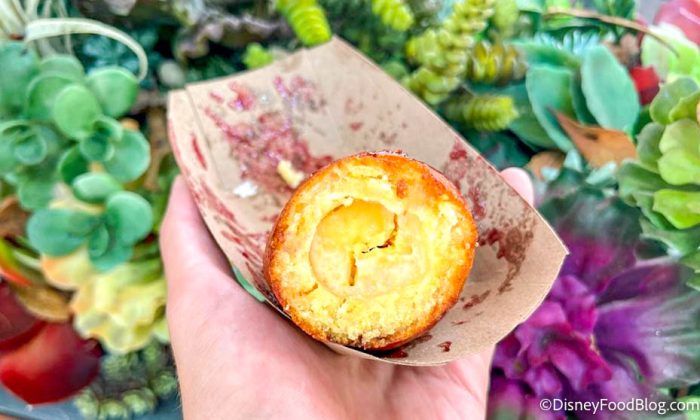 If you’re looking for a small protein-heavy breakfast, this would be a good option, but it’s probably worth a skip if you would prefer a bigger portion of sausage or a different presentation of egg. If you’re looking for other breakfast options in Disneyland, you can visit Ralph Brennan’s Jazz Kitchen Express in Downtown Disney for some tasty beignets, or try the Jolly Holiday Bakery for a variety of breakfast options. 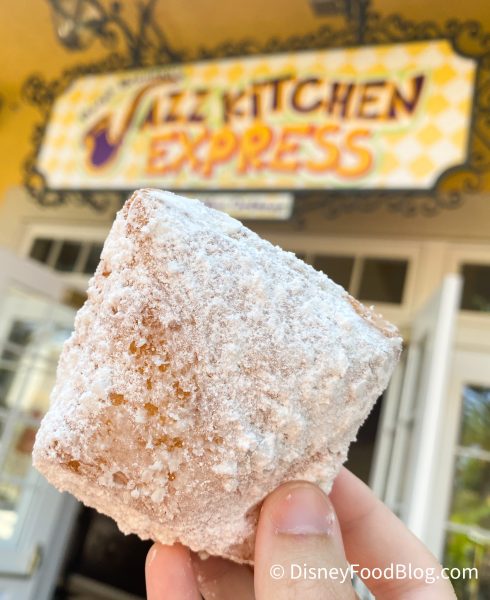 Is a Disney World trip more expensive than a Disneyland trip?

Would you try this corn dog? Tell us in the comments!