There’s one way you can get a sneak peek at the future of theme parks — and it’s not in the most obvious place. 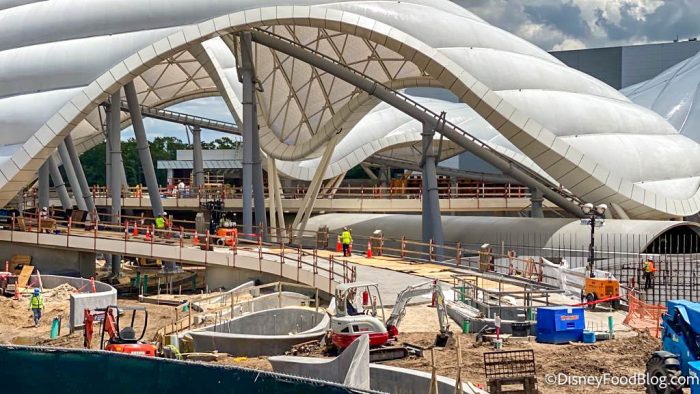 Sometimes patents can give us a sneak peek into current and developing projects!

Filed patents can give us a glimpse of future construction, developments, and new technologies before they actually happen in theme parks, and we’ve seen Disney file patents for virtual reality technologies, robotics, and set development. Now another theme park has filed a patent for robots…that you can eat??

Universal City Studios recently filed a patent entitled “Edible Soft Robotic Systems and Methods,” described as a way to allow guests to potentially “interact with edible inflatable objects.” In other words, it sounds like an invention that would create a new way for guests to experience food — possibly making the food come “alive.”

The patent describes how robotics and sensory effects (like touch, smell, and taste) can enhance the guest experience at attractions and exhibits, “however, such robotic features may be costly and ill-suited to be incorporated into disposable and/or consumable products that guests may touch, smell and taste.” The patent appears to solve this costly issue through an intricate system of fluids and sensors. 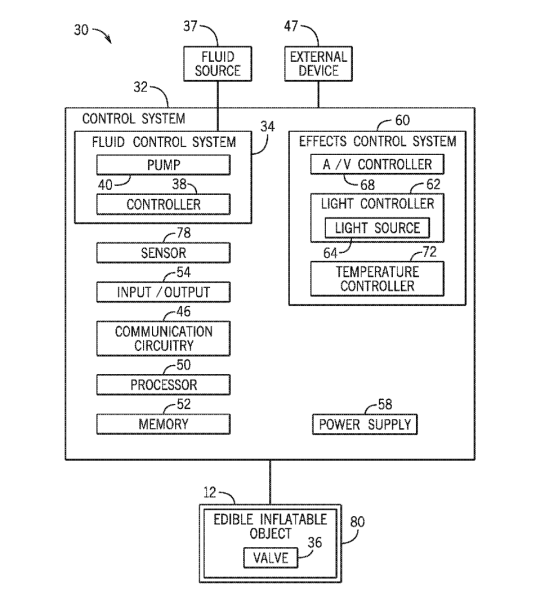 This diagram demonstrates how such an “edible soft robot system” could look, with the patent noting that this system could be implemented in rides, restaurants, stores, exhibits, kiosks, and more. 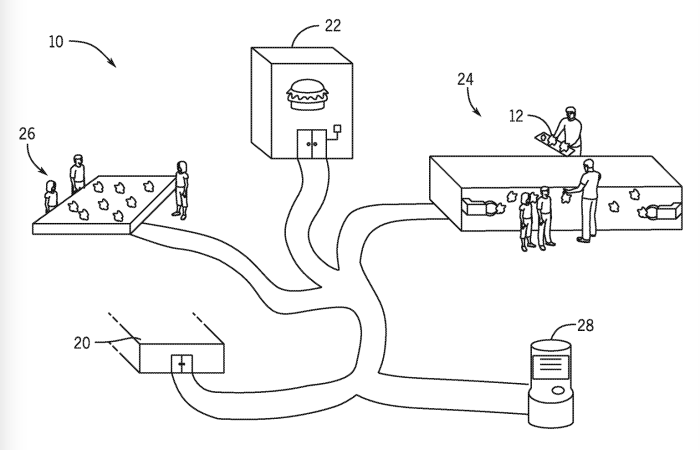 In a few diagrams, the patent is depicted to involve a delivery system with fluids, wherein an edible item can “actuate,” or appear to move. This is an illustration of a portable container meant to resemble an aquarium, and a concealed control system would be used to “actuate” the edible inflatable objects via fluid conduits. The edible inflatable objects would be able to be removed and consumed, with refills available so that guests could continue to consume the edible objects over and over again. 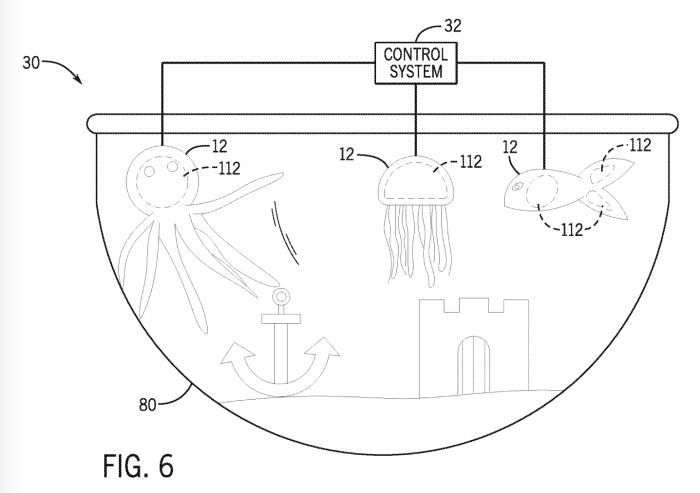 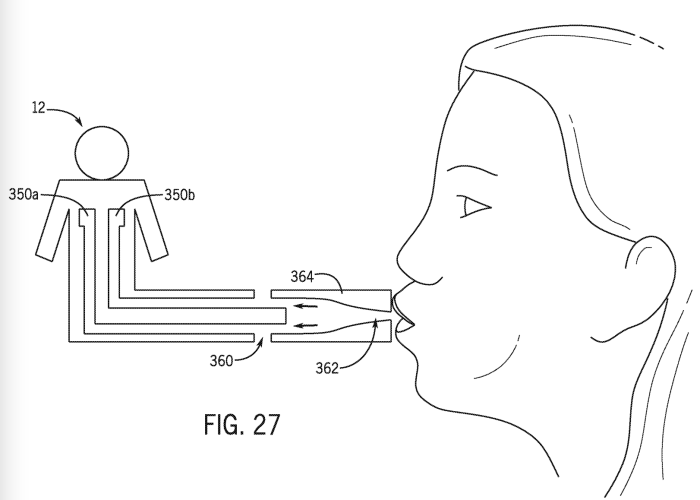 One of the illustrations included “anatomically-realistic hearts arranged” on a tray, which could represent how some edible inflatable objects may be presented. The patent does not note why hearts would be available to guests, although they could make an interesting (and spooky!) Halloween treat. Imagine eating an actual beating heart. 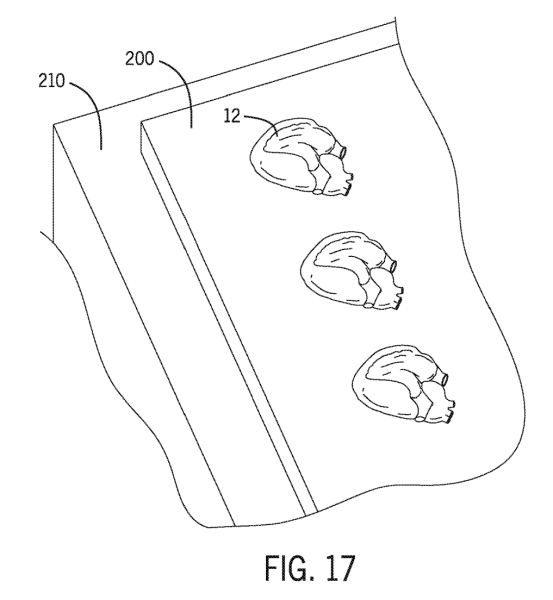 To be totally honest, we have no idea how to feel about robots you can EAT but we’re pretty much always up for trying new food experiences! Companies file patents all the time and not all of them come to fruition so only time will tell if this edible robotic system will be implemented at Universal Orlando. Keep reading DFB for more theme park and food news!

Check out a Disney patent that could bring virtual reality into the real world!

What do you think of this new technology?? Tell us in the comments!

The post Theme Park Robots You Can EAT?! Universal Studios Is Working On It. first appeared on the disney food blog.