There’s a pair of Minnie ears for almost everything. 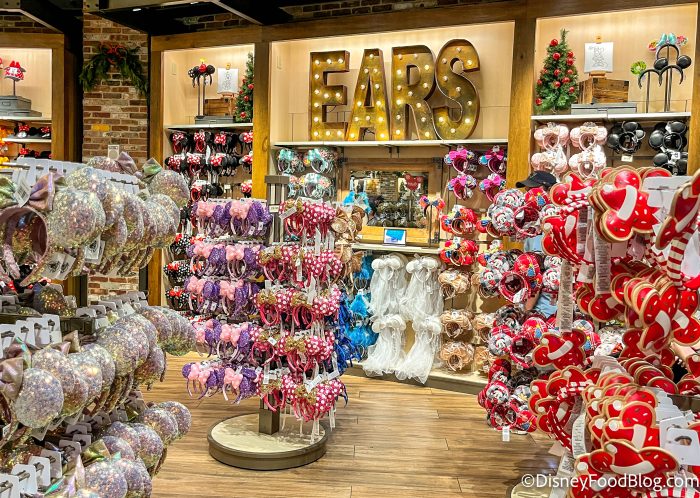 Minnie Ears in World of Disney

Wanting to show off your favorite snack, princess, parade, dessert, restaurant, land, or bath accessory (yes, you read that right)? There’s a pair of ears for all of that….and more! And, if you’re a fan of Disney World Resort hotels, there are some Minnie ears you’ll want to see!

Disney World Resort hotels have been receiving their very own Minnie ears recently, and you guys…some of them are reaaaaally cute. Check out all of the hotel Minnie ears we’ve seen in Disney World:

If you’re looking for a pair of ears to show off some tropical and exotic vibes, you’ll want to check out the Loungefly Polynesian Ears. This pair is one of our favorites, as it captures the spirit of the Polynesian perfectly! 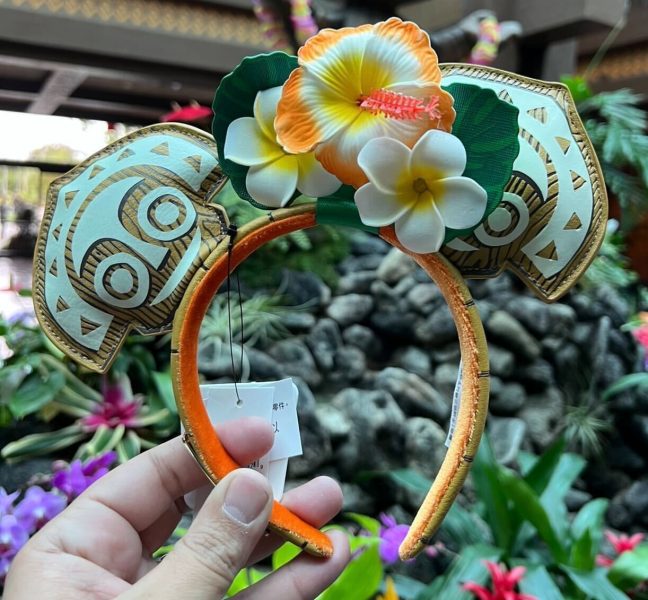 The back also has a “50” to represent Disney World’s 50th Anniversary. 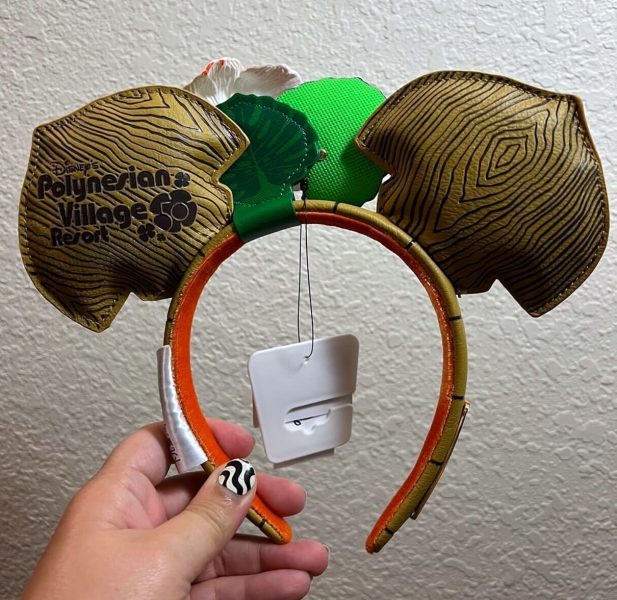 When we spotted them at the Polynesian, they were $39.99.

Check Out More About These Ears Here

The Art of Animation Ears are kinda deceiving, as they seem to just be a white pair of ears… 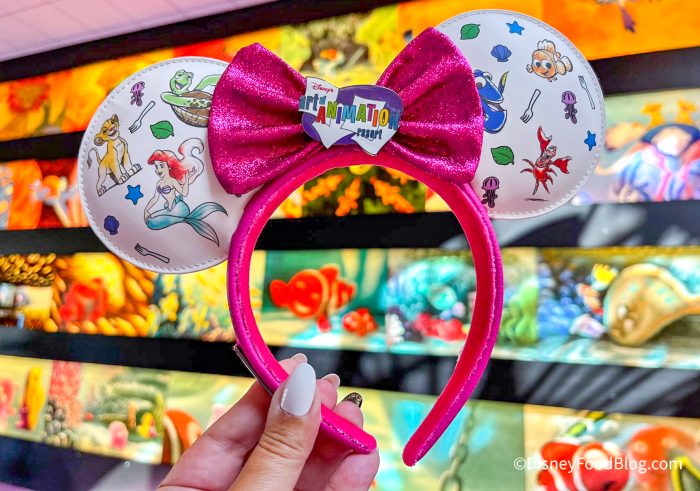 …but they turn pink when exposed to UV (courtesy of that good ‘ol Florida sunshine). The center of the pink bow features the hotel’s logo, with the ears showing off characters like Simba, Nemo, Ariel, and Dory! 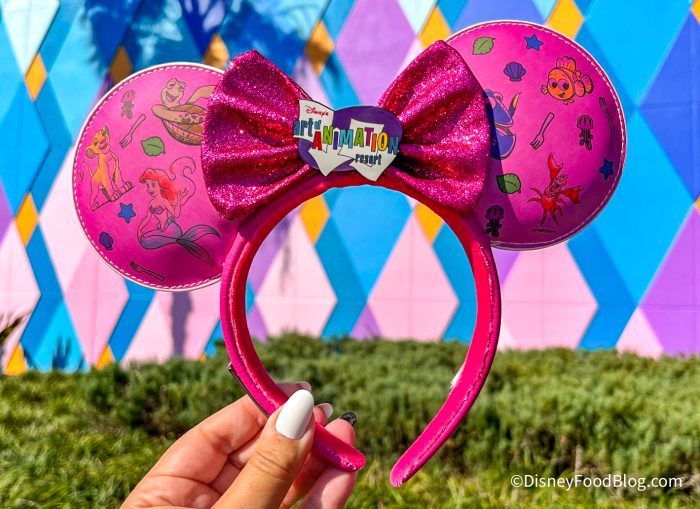 See These Ears in Action Here

These subtle, cute ears are themed after Disney’s Riviera Resort! The royal blue headband features light pink ears, with a matching pink bow! The bow showcases a design with Mickey, Minnie, and the Riviera hotel! The center of the bow also includes the resort’s logo. 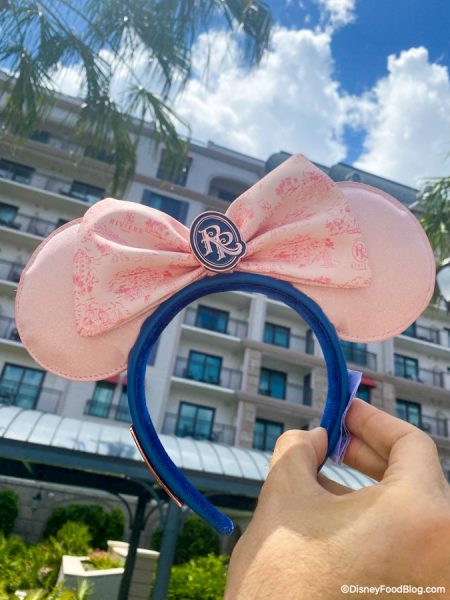 See More About These Ears Here

The Contemporary Ears are themed after the hotel (of course), but mainly focus on the iconic Monorail that zooms by! Oh, and we can’t forget that Mickey and Minnie also get the spotlight on these ears! 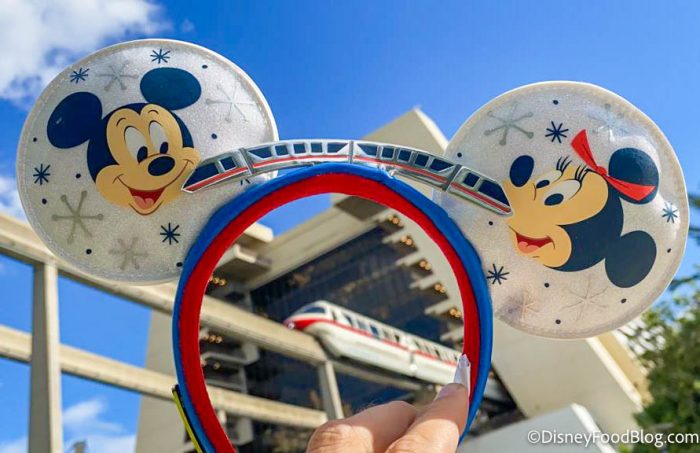 We LOVE the little monorail!

The back has “50” (for the 50th Anniversary), the hotel’s logo, and “All aboard the highway in the sky” written on the ears. 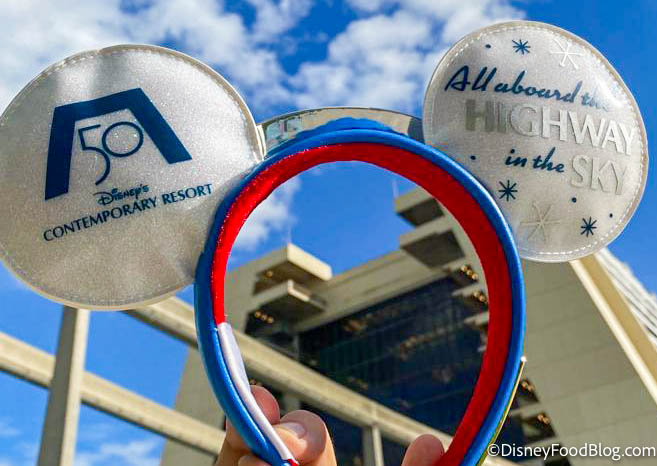 What a perfect tribute.

These were $39.99 when we spotted them at Bayview Gifts.

Check Out More About These Ears Here

When we think of Pop Century, we think bright, colorful, and loud designs! The Pop Century Ears capture that same vibe, courtesy of record ears, a floral bow, and the hotel’s logo as the cherry on top. 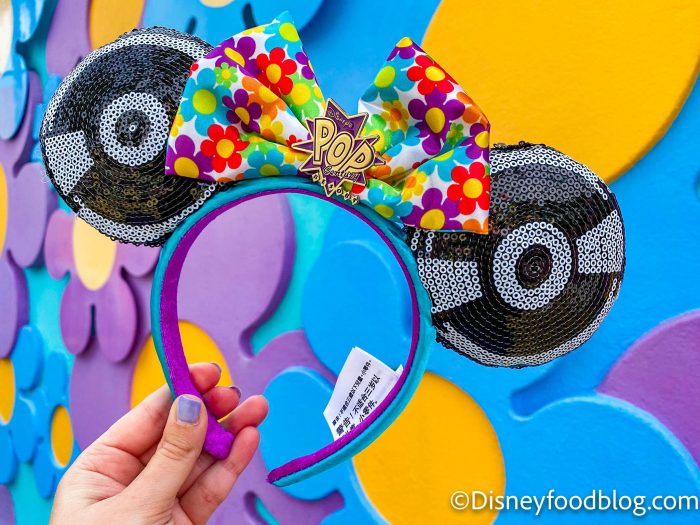 Check Out These Ears!

When we saw these at Everything Pop Shopping & Dining, they were $29.99.

See More About These Ears Here

Did someone say beignets?! Over at Disney’s Port Orleans French Quarter, we’ve spotted the Beignet Minnie ears. How FUN are these? 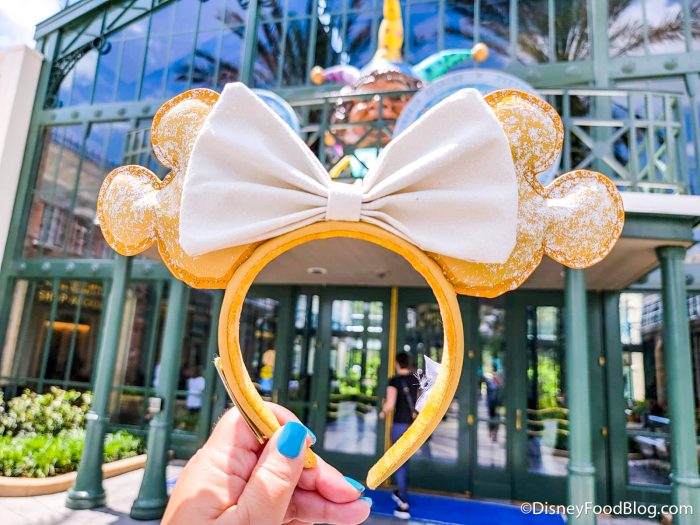 On the back of one beignet, you’ll find the hotel’s logo. Look — they are even coated in powdered sugar! 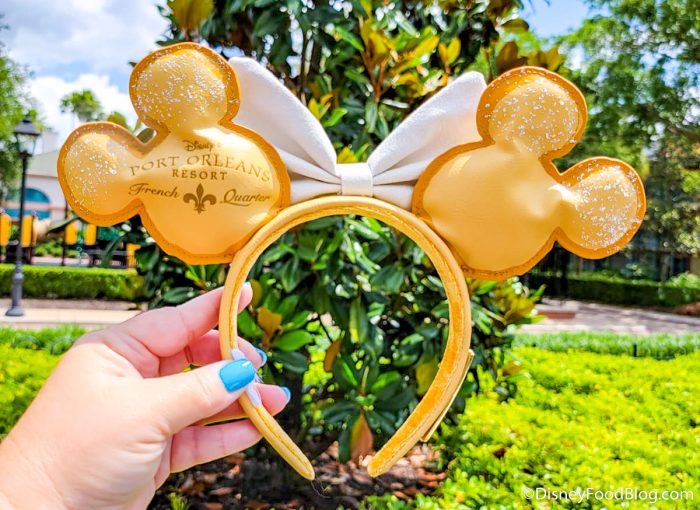 Back of the ears

Get a closer look at the Beignet Ears

So, these are…different. The Fort Wilderness Ears feature Chip ‘n’ Dale, but like…it’s just their heads. 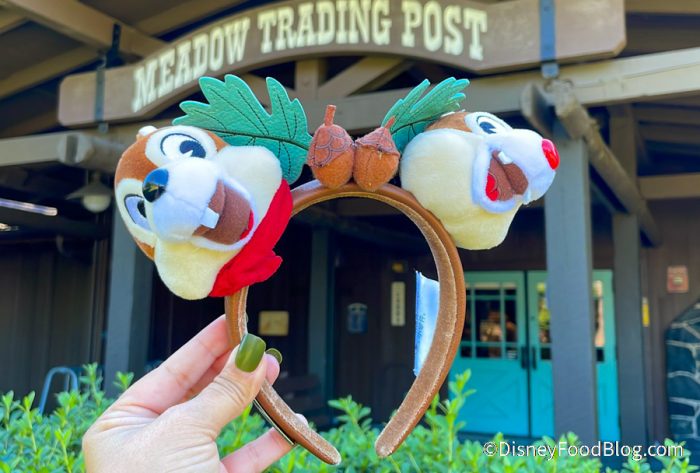 Anyways…instead of a bow, these ears show off acorns and leaves instead. 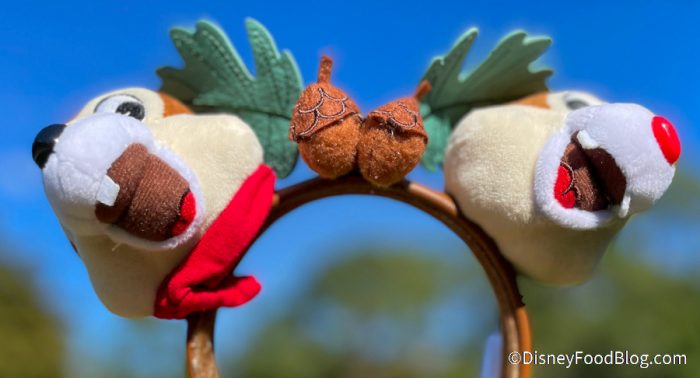 These were $39.99 when we found them at Meadow Trading Post.

Those are all of the Disney World Resort hotel ears that we’ve seen so far! We’ll let you know if we spot any others around Disney World — hopefully soon, each hotel will have a pair! In the meantime, check out all of the Minnie Ears released in Disney World so far this year. Or, check out the Enchanted Tiki Room ears.

Which hotel should get their own pair of ears next? Let us know in the comments!

The post Does Your Favorite Disney World Hotel Have Their Own Minnie Ears? first appeared on the disney food blog.