Disney World is home to some of the best in world-class entertainment. 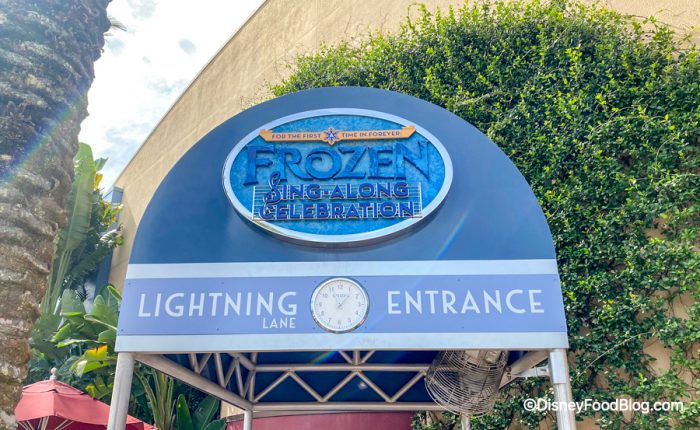 From the Festival of the Lion King to the action-packed Indiana Jones EPIC Stunt Spectacular to the Dapper Dans to the new Finding Nemo: The Big Blue… and Beyond, you can expect to be entertained to your heart’s content in Disney World. However, it looks like one show is temporarily closing soon.

Okay, Frozen fans…we know how much you love singing along to “Let It Go” at the For the First Time In Foreve: A Frozen Sing-Along Celebration in Disney’s Hollywood Studios, but you’ll soon have to actually LET IT GO — the show, that is — because it’s looks like it is temporarily closing on August 22nd.

There are no times listed through at least August 31st, according to the Disney World calendar (that’s as far as the calendar goes for now). Don’t worry, though, this show is listed on Disney World’s refurbishment calendar, so hopefully it won’t be closed for long!

So if you really need to catch this show, be sure to visit Disney’s Hollywood Studios before it closes. In the meantime, though, you can still get your Frozen fix over in EPCOT with the Frozen Ever After attraction and meet Anna and Elsa in the Norway Pavilion.

Of course, as we previously mentioned, there’s plenty of other entertainment to take in at Disney World, so be sure to check the My Disney Experience app for everything available, as well as showtimes!

As always, we’ll keep you updated on ALL Disney news!

What’s your favorite show in Disney’s Hollywood Studios? Let us know in the comments!