Change is inevitable, even in Disney World. 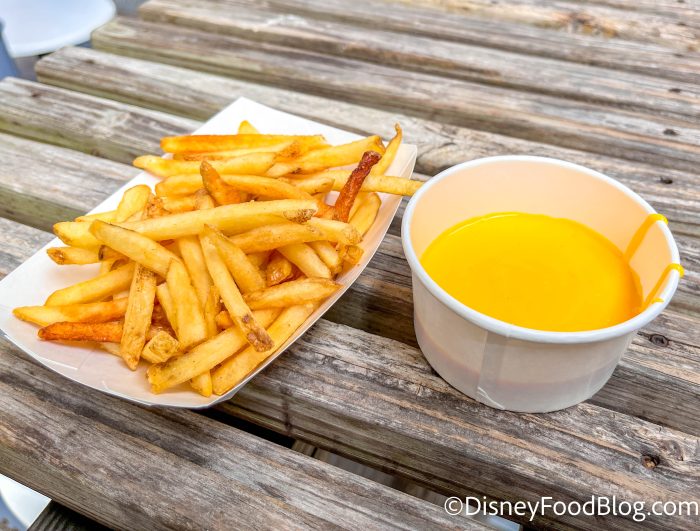 Cheese and fries at Backlot Express!

Over the past two years, we’ve seen a LOT of change: we’ve experienced new rides, we’ve eaten a lot of new foods (the kind of change we’re total fans of), and we’ve watched supply issues cause problems across the resort. We’ve also seen price increases on merchandise and at restaurants, and there’s been more of that this week, so let’s get on with the restaurant menu updates!

We are big fans of pretty much everything at Chefs de France, but there have been some menu changes. 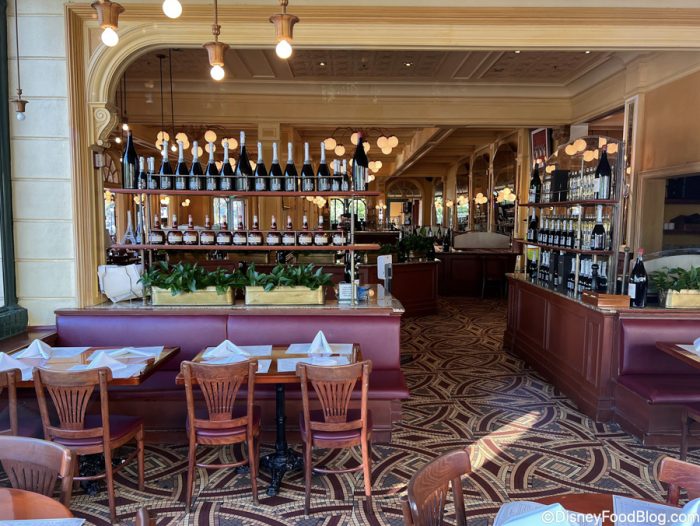 Here are the changes to Entrees: 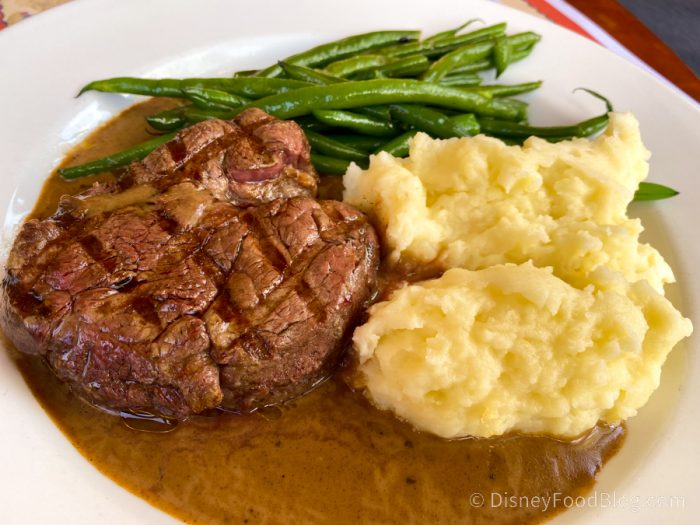 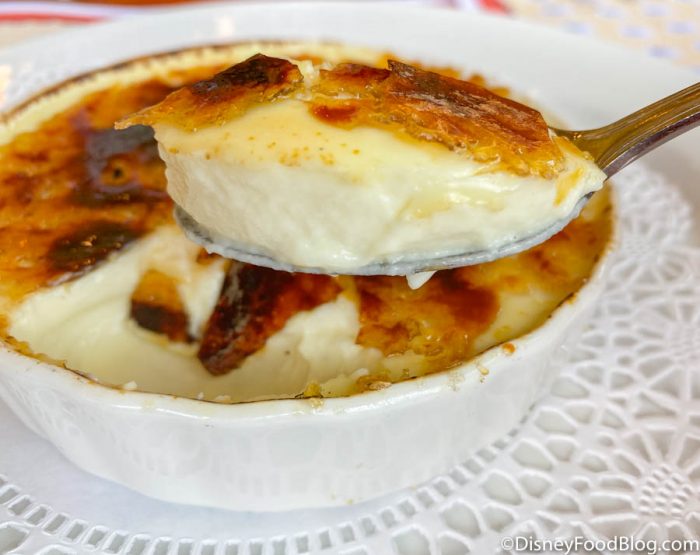 The Prix Fixe Menu price has also changed. This menu includes Choice of one Appetizer, one Entrée. and one Dessert. One glass of Chardonnay, or Cabernet Sauvignon Georges Duboeuf or one Non Alcoholic Beverage. The price increased from $65.95 to $67.95.

Here’s what’s been updated for Wines:

We spotted some changes on the Tiffins menu. Under Appetizers, the following has changed:

Under Entrees, the following is now different: 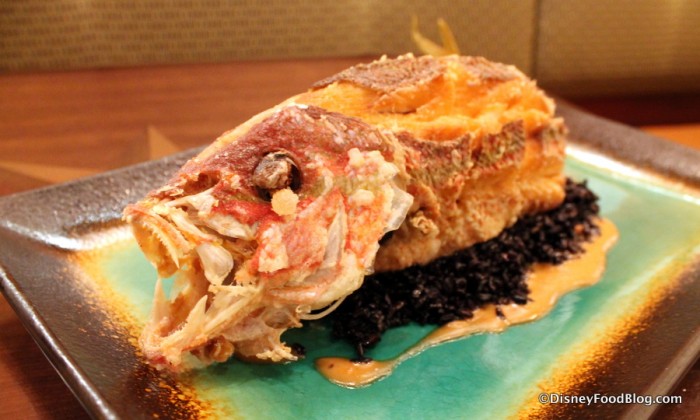 There’s a change with the Sides at Leaning Palms: 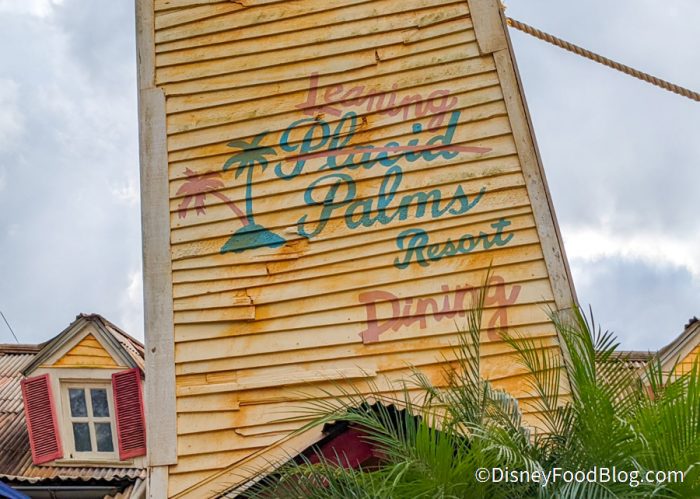 We’ve got a few changes happening at BoardWalk To-Go. For starters, the entire “Bites” part of the menu has been removed. Under “BoardWalk Fires,” the following has been added: Carne Asada Fries — French fries, skirt steak, chipotle crema, cilantro-onions, fresh lime, and a 20 oz. fountain drink for $16.50. 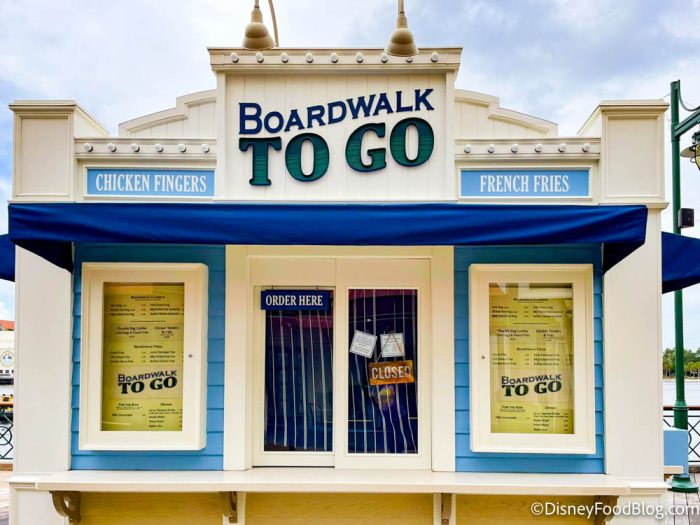 That’s another snack we’ll have to try out!

Read A Review of The To-Go Cart

There are a few new cocktails to try at Trattoria al Forno: 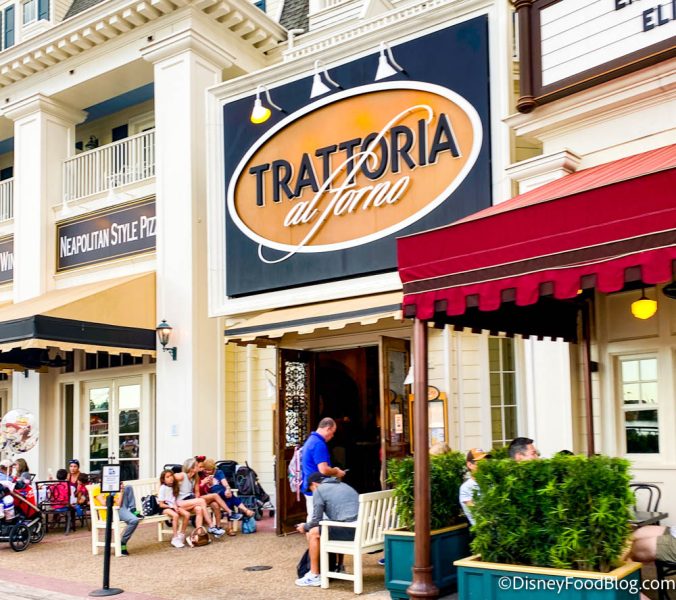 All we can say is YUM! These sound AMAZING. We’ll let you know if we try them out.

At Chef Mickey’s, there’s been a change on the Allergy-Friendly accompaniments menu for Dinner. The Asparagus with Gremolata has been replaced with Haricots Verts, Stewed Tomatoes, Roasted Garlic. 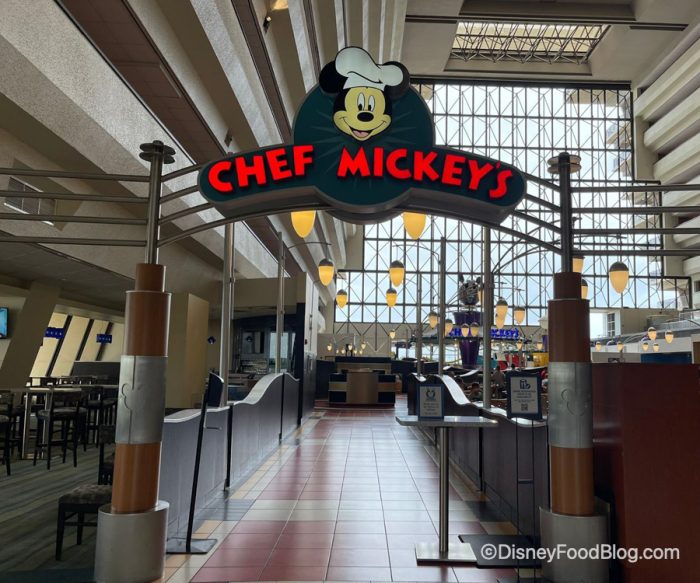 There are no other changes here, though!

Here’s Our Most Recent Review!

There’s one small change on Olivia’s Brunch menu: the price for a Mimosa has increased from $13 to $14. 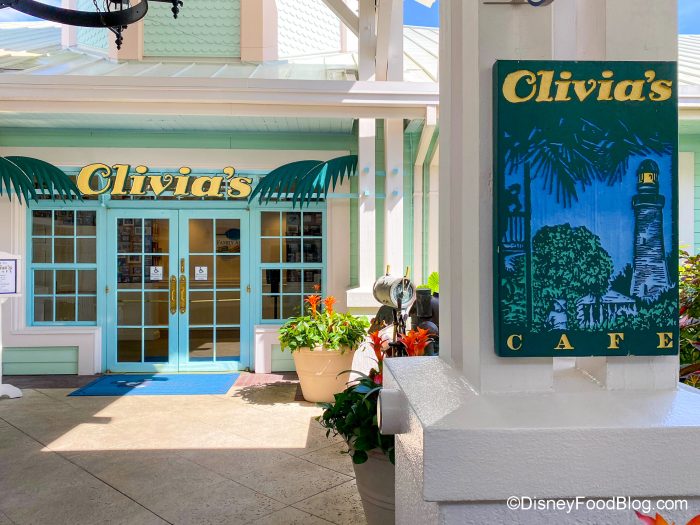 That’s the only change here.

The Market at Ale & Compass 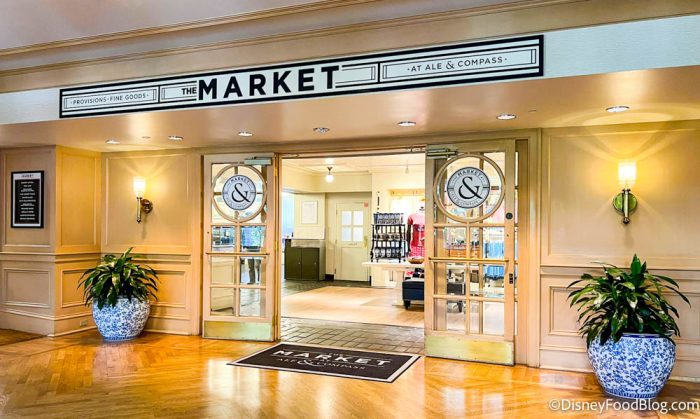 The Market at Ale & Compass

That’s the only change we’ve seen here, though.

Read Our Latest Review from The Market at Ale & Compass

A dessert has returned to the Grand Floridian Cafe, but it’s changed a bit. The Café Key Lime Tart is baked in a Graham Cracker Tart Shell served with Fresh Strawberries and Sweet Mandarin Sorbet for $8. 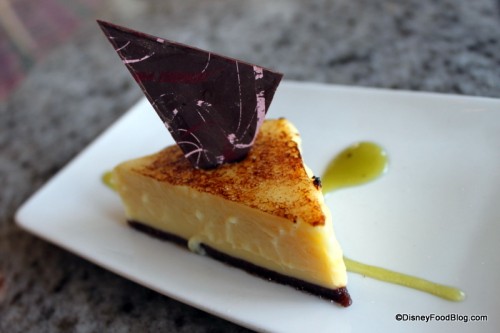 That’s the only update we have for this restaurant!

Read Our Most Recent Review!

There are a few new snacks at The Artist’s Palette: you can now get Enjoy Life Crunchy Cookies – Chocolate Chip for $6.99. You can also get a Blueberry Muffin – Fish/Shellfish Allergy-Friendly for $3,49. 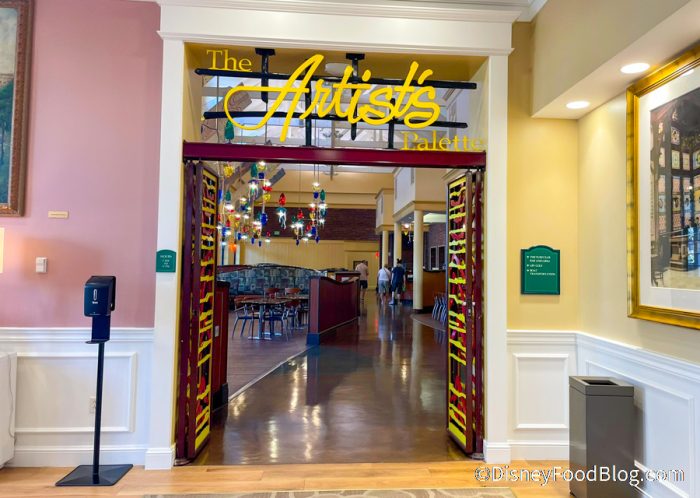 However, under Wine, the Columbia Crest Two Vines Merlot, Washington has been removed.

Read Our Latest Review of The Artist’s Palette

Over in Disney Springs, The BOATHOUSE is also seeing some menu changes. Here’s what’s changing under “Raw Bar:” 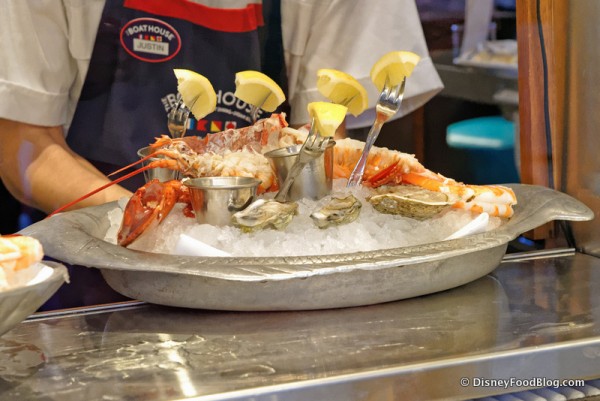 Lobster Cocktail and Oysters on the Half Shell

Here are the price increases under “Market Fresh Fish:” 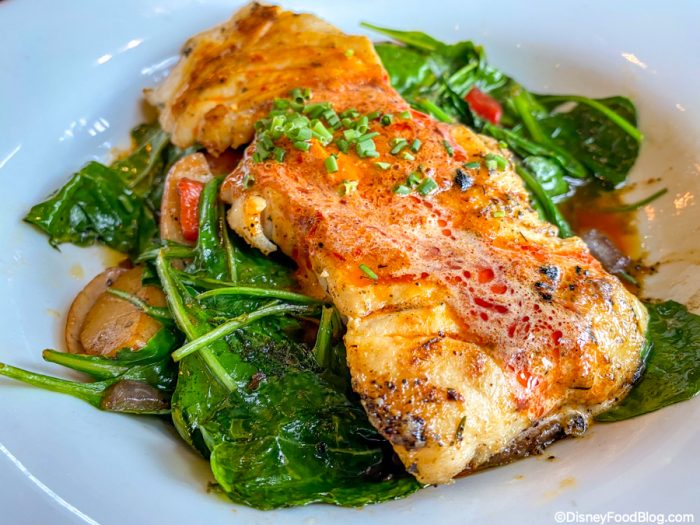 Under “Launch,” the following has changed:

Under “Sandwiches,” the following changes have occurred: 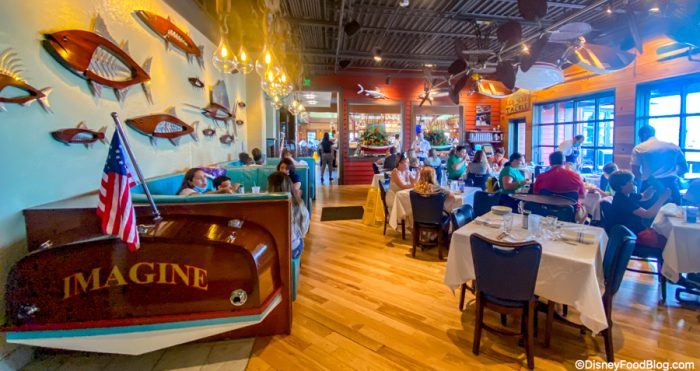 Under “Gibsons Heritage Steaks,” the following is now different: 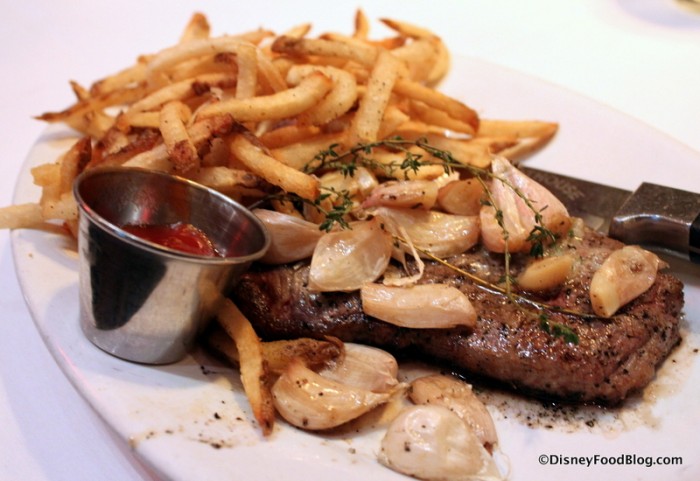 Sides have also increased in price:

There are also some changes under Desserts (or, as they call it, “The Not So Bitter End”): 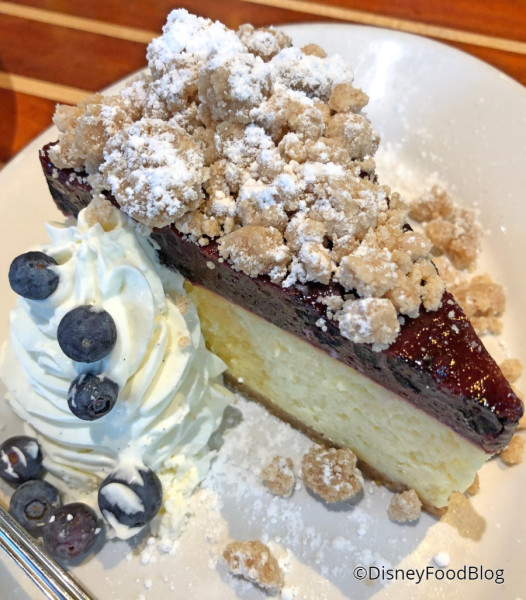 The Kid’s Entrees is also seeing changes. For starters, all kid’s entrees are now $11 instead of $10 but are still served with a beverage and choice of watermelon or fries. The following are additional changes:

For the Lil’ Skippers menu at brunch (which is available Saturdays and Sundays from 10AM to 2PM) these are the changes:

Here’s Our Most Recent Review of The BOATHOUSE

There’s been a few small changes with Beer and Cider at Wine Bar George. The Weissenheimer Hefeweizen Ale has been removed. 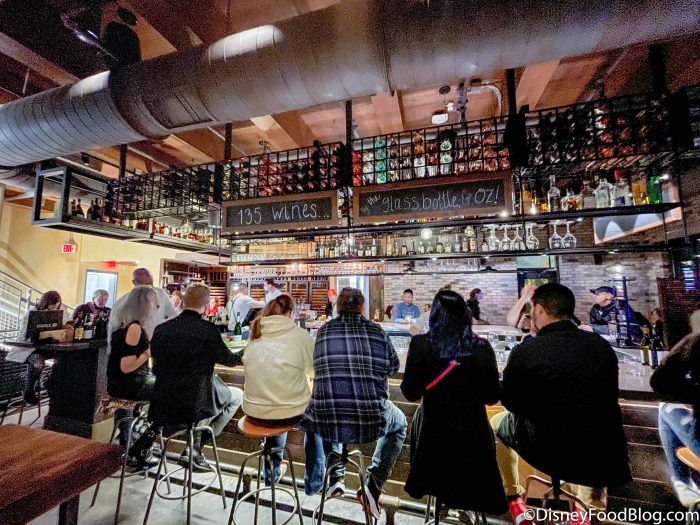 However, Maeloc Pear Cider – Spain for $12 has been added.

If you plan on visiting a Disney World restaurant for a specific item on the menu, be sure to check that menu on either the Disney World website or My Disney Experience app. Menu changes happen often. We’ll also do our best to make sure to keep you updated on every menu change, too!

Want to make a reservation at a Disney World restaurant? We’ve outlined the entire process for you here! Be sure to make reservations as early as you can, though — the more popular restaurants fill up quickly!

We’ll keep you updated on ALL things Disney, so stay tuned to DFB for more!

Has your favorite Disney World restaurant had a menu change recently? Let us know in the comments!