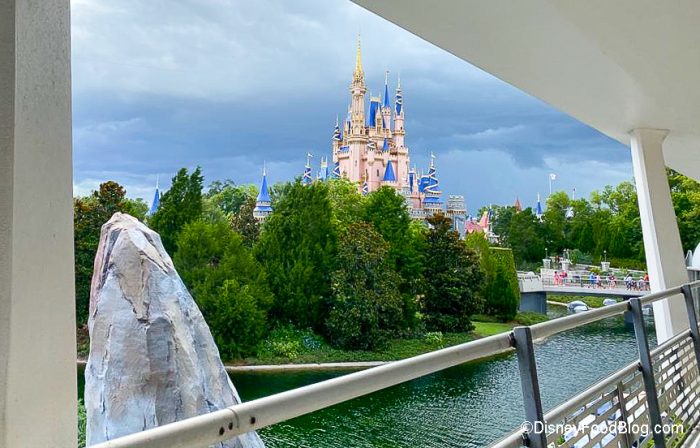 Cinderella Castle from the Peoplemover!

I mean, we have to admit that we’ve eaten some pretty weird food in the parks too (and then tell you alllll about it). But this new technology that Disney has just patented…well, we can’t tell if it’s awesome, or the start of a science fiction novel.

The Walt Disney Company has filed a patent titled “Robotic Sherpa” which would be a moving locker system that would allow theme park guests to store items at their leisure. The robot would feature many cameras to help it move through the crowds of the theme park. 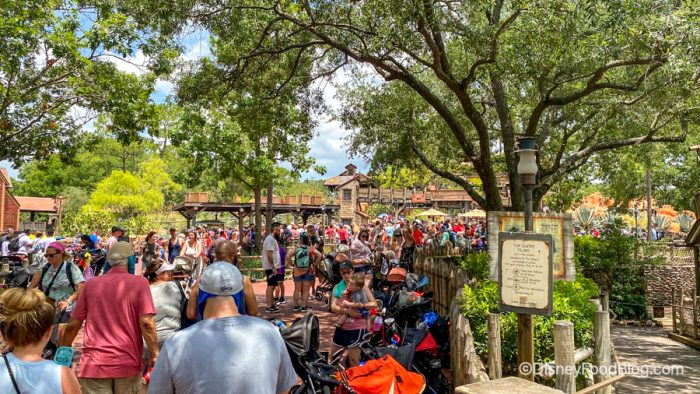 Uh, could it make it through THESE crowds?

The patent goes on to describe that the unit could have detachable storage compartments that could be put on to a different unit, allowing for a guest to call back their things using an app and potentially not have to wait for the one robotic unit to make its way back to them — their things, protected by a locking mechanism, could just be transferred to another robot. 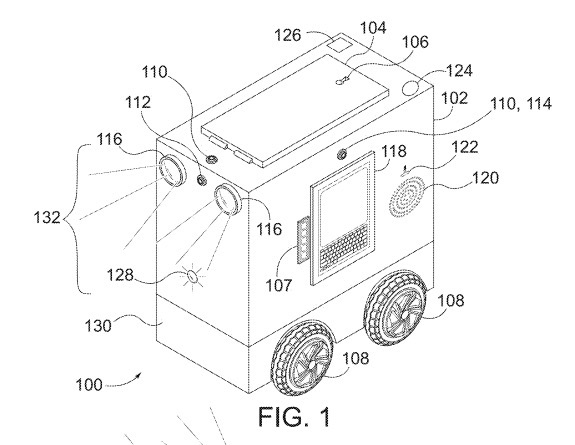 A diagram of the Robot Sherpa from the patent!

Disney has said that there are no plans for this technology right now, but that they’re just exploring potential uses for it. The robotic sherpa would be used to bring guests an easier way to store the park items they don’t need all the time, such as umbrellas, lunches, or purchases from a store in the park. Not only would it add convenience for the guest, but it would of course be another revenue opportunity for Disney as well. 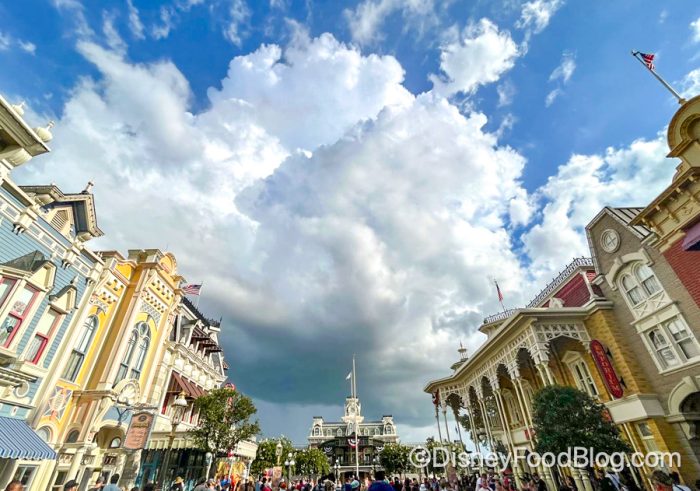 We’ll certainly be keeping an eye on this patent to see if anything comes of it!

Slowly but surely, we’re seeing some pretty large changes coming to the Disney parks, such as the release of MagicBand+ (which is still working out its issues) and the Splash Mountain retheme coming soon. And of course, Disney Genie+ is changing the way guests can make it through long Disney lines quicker, but at the cost of spending more.

Stay tuned to DFB and we’ll be sure to keep you updated on all the changes coming to the Disney parks!

If you’re looking for even more Disney updates, don’t miss the new announcements about the upcoming D23 Expo!

How do you feel about this patent? Let us know all your thoughts in the comments below!

The post Disney Files a New Patent for a ROBOT That Will Carry Your Stuff in the Theme Parks first appeared on the disney food blog.