Just kidding, but we do have news out of Disneyland! But really, when do we not? There’s always so much going on in the Disney parks. Buzz Lightyear just got a whole new look in the park, inspired by the release of Lightyear in theaters, and we just got an inside look at the new retheming coming to Splash Mountain on both coasts. If you’re looking for a fun new treat to try in the West Coast park, check out this new boozy-flavored parfait!

The Pirate P-arrr-fait at the French Market in Disneyland is $7.99 and features vanilla rum-flavored baba, vanilla-pineapple compote, and rum-flavored mousse with assorted decorations on top. 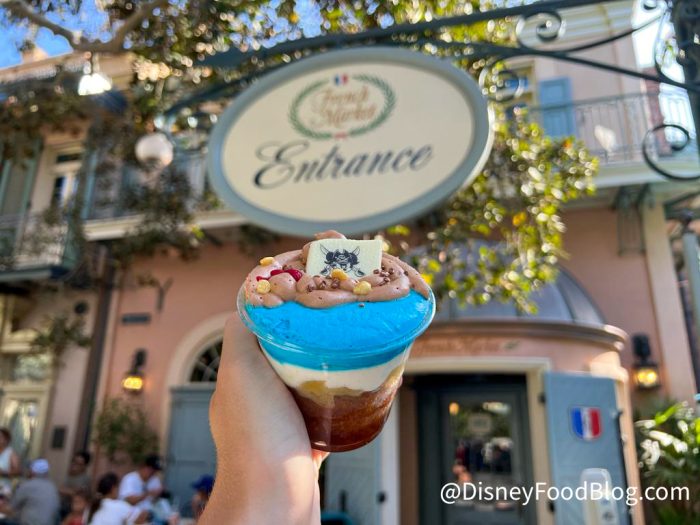 Our reporter was pleasantly surprised by this treat! She reports that the rum flavor is throughout the treat, but isn’t overpowering, and the vanilla from the baba adds some sweetness to it that evens out the two flavors nicely (the vanilla is a little stronger). The cake was moist, and the pineapple compote combined with the rum reminded our reporter of a tropical drink. 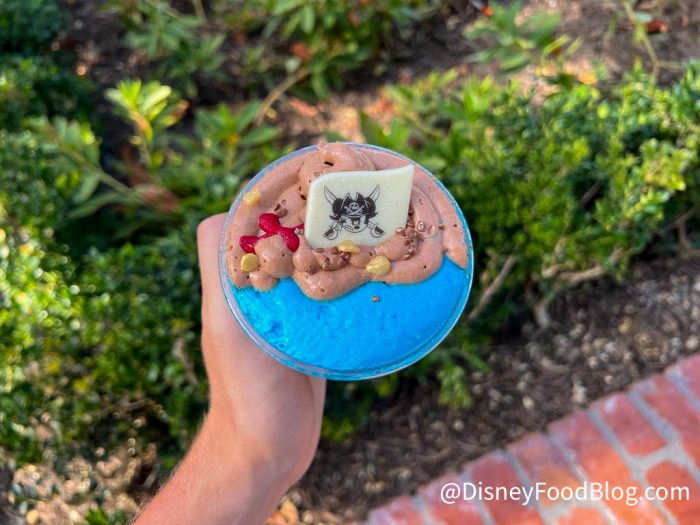 Look at those cute decorations!

If you’re not a fan of rum or vanilla flavors, this treat won’t be for you. But if you don’t mind those flavors and are looking for a fun treat to try, grab this the next time you’re in the park! 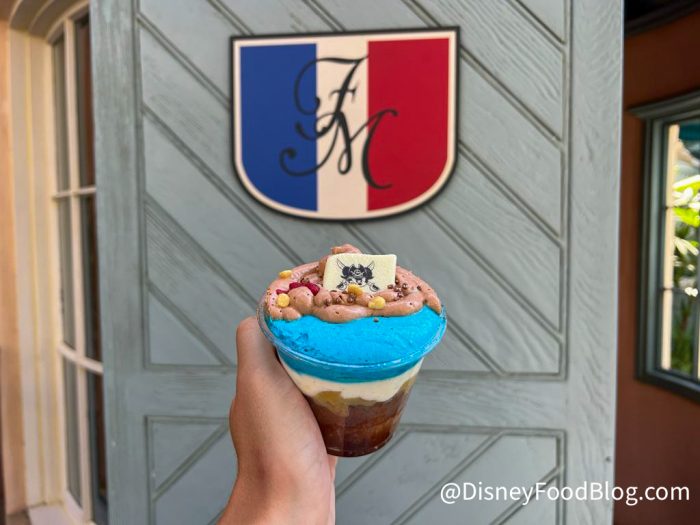 We love this treat

Looking for more Disneyland snack news? Check out these BIG food updates we just saw, or this Flaming Hot Cheeto Pretzel (yes, you read that correctly) we tried out! And did you know a new after-hours event was announced? There’s so much going on in Disneyland, so be sure to keep up with DFB to stay in the know!

Stop by Cars Land to find out how you can celebrate its 10th Anniversary in a very special way!

What’s your favorite treat in Disneyland? Let us know in the comments below!

The post Where’s The Rum Gone?! To This New Disney ‘Pirates’ Parfait! first appeared on the disney food blog.