This week was not exactly great for two Disney World rides. 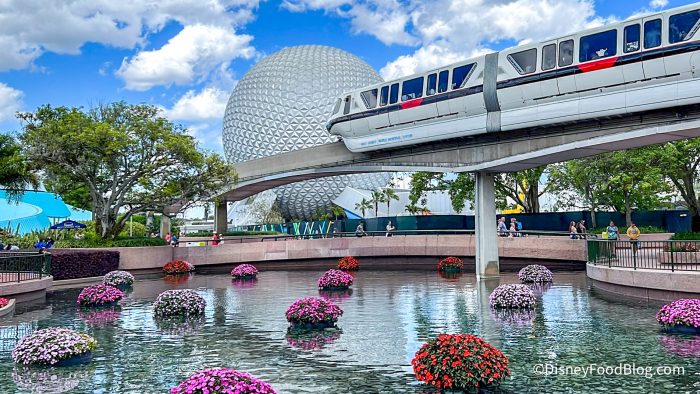 The Monorail in EPCOT

From the mystery of a missing sandwich to some big Magic Kingdom showtime changes, this week was full of unexpected surprises in Disney World! Let’s jump right into it.

Problems with the PeopleMover

One day this week in Magic Kingdom we stopped by our favorite Tomorrowland ride, the PeopleMover, and we found that the ride was unexpectedly closed. A Cast Member informed us that the PeopleMover was having technical difficulties and that it would likely remain closed for the remainder of the day. 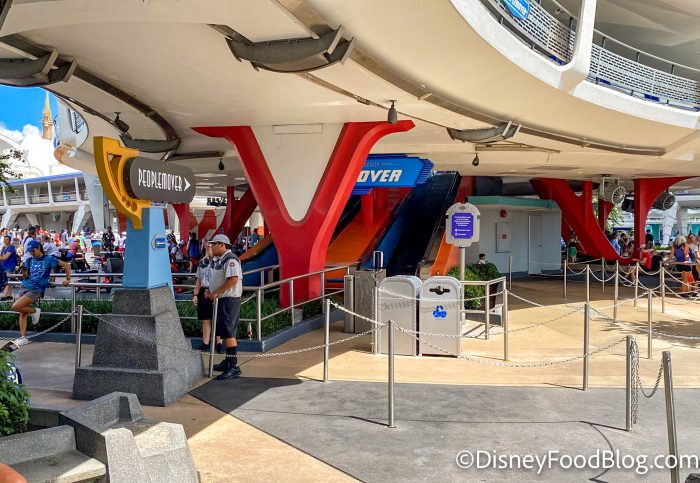 We’ve seen multiple evacuations of the PeopleMover over the last few months and it’s not completely unusual for it to close unexpectedly. We recommend riding it first thing in the morning if you’re hoping to avoid an evacuation situation, and keep checking the My Disney Experience app for any notice of temporary closures!

Why out favorite Tomorrowland ride keeps betraying us in Disney World.

Several shows are getting showtime changes in Magic Kingdom, including the fireworks! Disney Enchantment is getting a time change from 9:20PM to 9PM, beginning on August 8th. 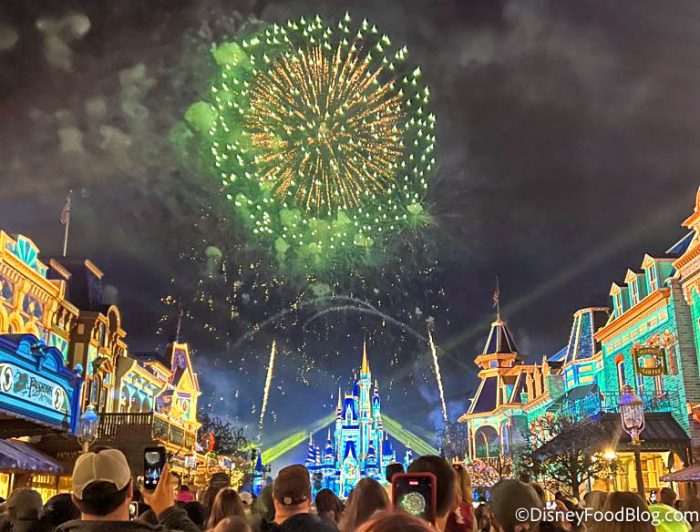 Enchantment at the Magic Kingdom

Mickey’s Magical Friendship Faire is also getting showtime changes, with showtimes moving to 12:50PM, 2PM, 4PM, 5:35PM and 7PM as of June 5th. 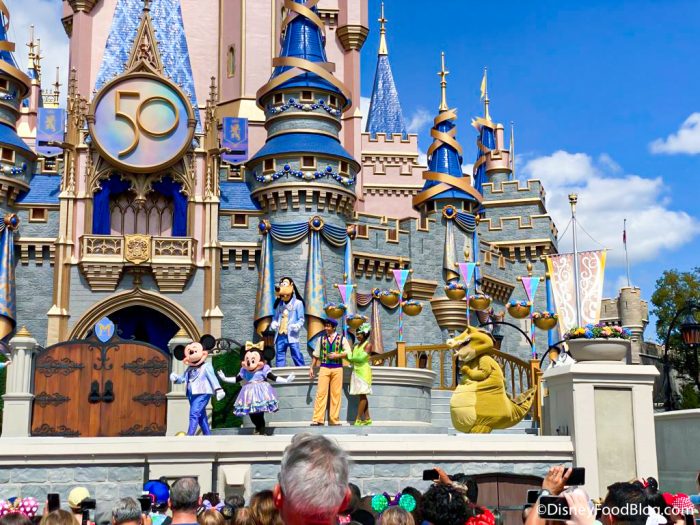 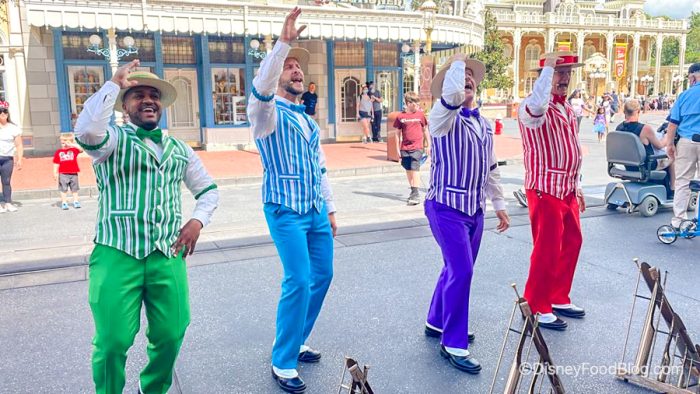 Mickey’s Celebration Cavalcade has showtimes changing as of June 5th, with the new showtimes being 10:45AM, 1:30PM, 4:30PM, and 6:10PM. This means one showtime is being dropped.

And the Festival of Fantasy Parade will be changing showtimes on June 7th and June 13th, with parades scheduled for 1PM and 4PM. 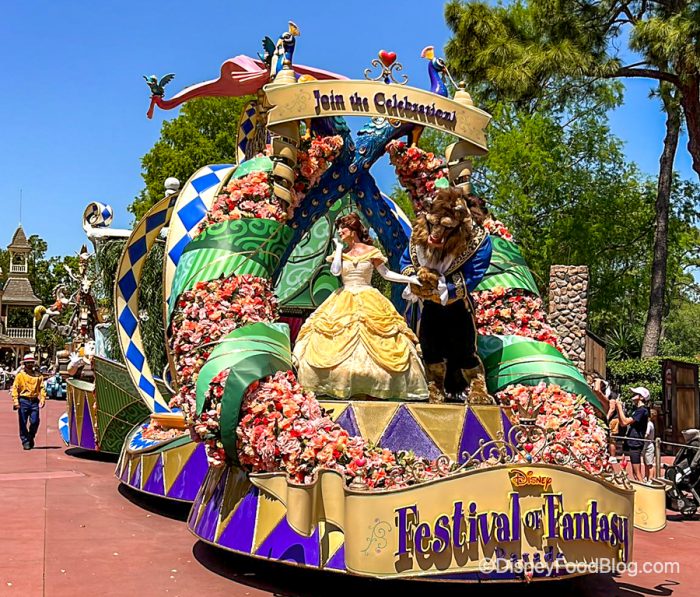 It’s never a bad idea to keep an eye on Disney World’s calendar for any showtime changes!

Here are more details about all the showtime changes in Magic Kingdom.

Ride evacuations happen in Disney World all the time, and this week it was Mickey & Minnie’s Runaway Railway’s turn. During a regular trip on the railway, our ride suddenly stopped in the “Under the Sea” room. Cast Members helped guests out of ride vehicles and led everyone backward through the ride, which meant we got to see several scenes with the lights on! 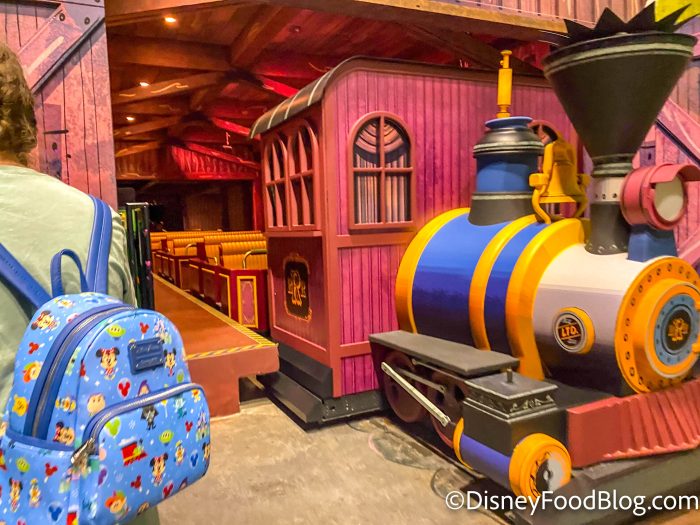 Back to the front of the ride!

Although some people might argue that seeing a dark ride with the lights on could “ruin the magic,” we have to say that it’s definitely a unique way to get a behind-the-scenes look at a Disney ride!

Check out more photos of the evacuation from Mickey & Minnie’s Runaway Railway!

One of our readers, @Jim.Disney (Instagram), let us know that Magic Kingdom’s Plaza Restaurant had removed the Monte Cristo from their menu due to a “turkey shortage.” The Monte Cristo arrived for Disney World’s 50th anniversary, and it’s made with Deep-fried Funnel Cake Batter, Bacon, Roasted Turkey, and Provolone sprinkled with EARidescent and Powdered Sugar and served with a side of Strawberry Jam. 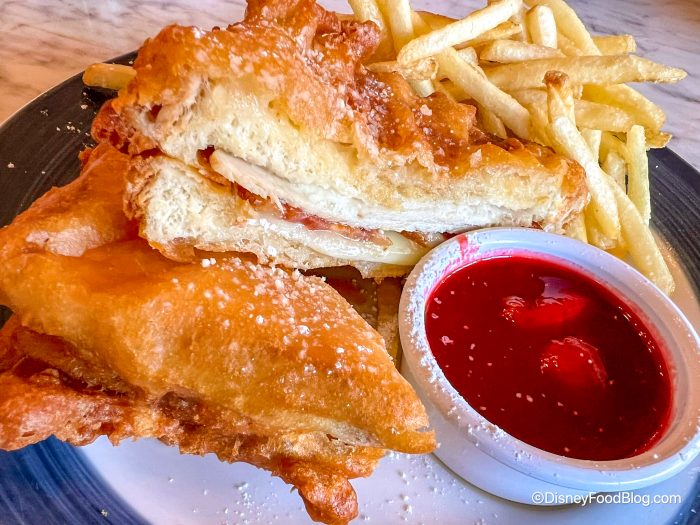 It’s no longer on the Plaza Restaurant menu, but when we visited on May 30th, 2022 we were told that a few sandwiches were left and guests could ask for it. However, Cast Members were not hopeful that supplies would last, and it’s possible that it may never come back. But don’t be too sad! You can also visit Disneyland for another delicious Monte Cristo Sandwich!

It’s true that no matter how much you plan, you’ll probably still be surprised by something in Disney World. Keep reading DFB for more Disney news and updates!

6 things you need to know if you’re going to Disney World this June.

Have you been to Disney World recently? Tell us in the comments!

The post Disney World Threw Us Some Curveballs This Week first appeared on the disney food blog.