Hello June! While this month is usually insanely hot in Orlando, we know there’s plenty of fun to still be had in Disney World and Disneyland Resort. 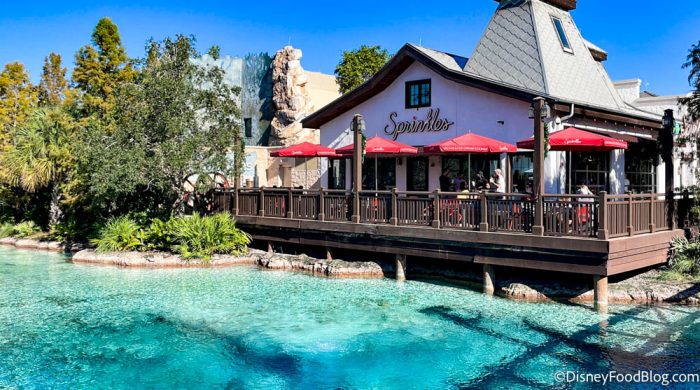 Disney Springs and Downtown Disney are home to so many amazing restaurants and experiences. Sprinkles Cupcakes is a popular dessert spot that gives some visitors a small taste of their “normal” life at home, and others a chance to try something totally new! And now, the dessert spot has revealed their exciting June menu!

So let’s dive right into what Sprinkles‘ post revealed! The first on the menu is something we found so surprising we shared about it yesterday — it’s the La Barbeque: Bacon and Pepperjack Scone! This savory scone is the creation of two women Texan chefs and is the latest in Sprinkles’ Female Chef series. Try it now through June 12th. 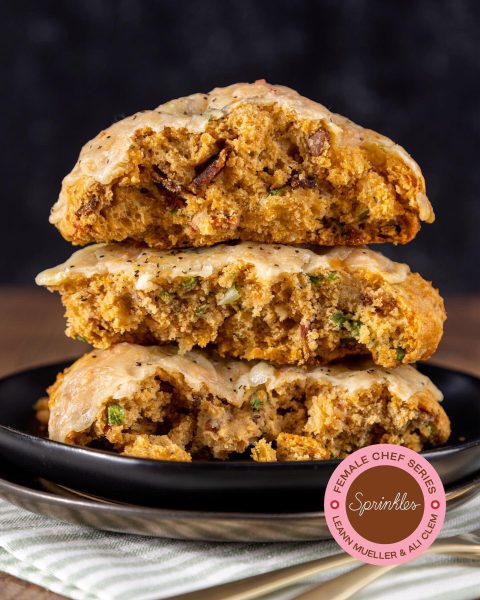 Next up is the Peach Pie Cupcake; a rich brown sugar crumb cake with pie crumble crust, paired with brown sugar buttercream frosting with cinnamon-spiced peaches. You can try it out now through June 12th. 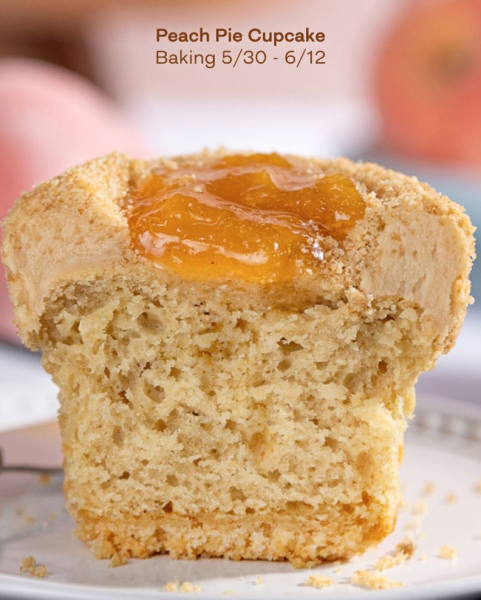 Starting on June 13th and through June 26th, you can celebrate Pride Month with the Pride Sprinkle Cupcake! This cupcake is birthday cake flavored with nonpareils (no, not sprinkles!) in the center and in a rim around the strawberry frosting. 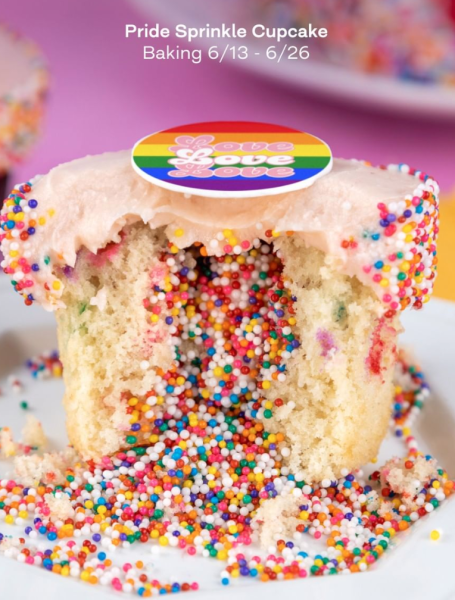 Looking for another rainbow treat? Try the 8″ Rainbow Layer Cake baking from June 13th through 26th. This vanilla cake has 6 layers, all the colors of the rainbow, with cream cheese frosting and rainbow sprinkles in between and on top. 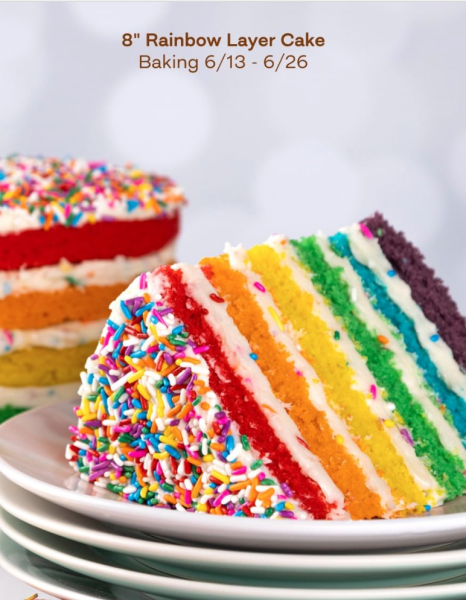 From June 20th through 26th, get a taste of the tropics with the Pineapple Upside-Down Cupcake. This treat is pineapple cake filled with caramelized pineapple topped with pineapple buttercream. So if you LOVE pineapple, this is the treat for you! 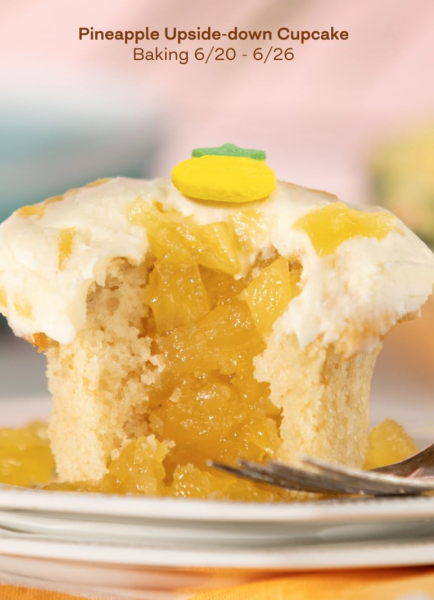 Later this month, chocolate fans may be excited about the return of the S’mores Cupcake. It’s baking from June 27th through July 10th! This Belgian dark chocolate cake is lined with graham crackers and filled with chocolate ganache. Topped with marshmallow frosting, this cupcake is a full-on s’more without the fire! 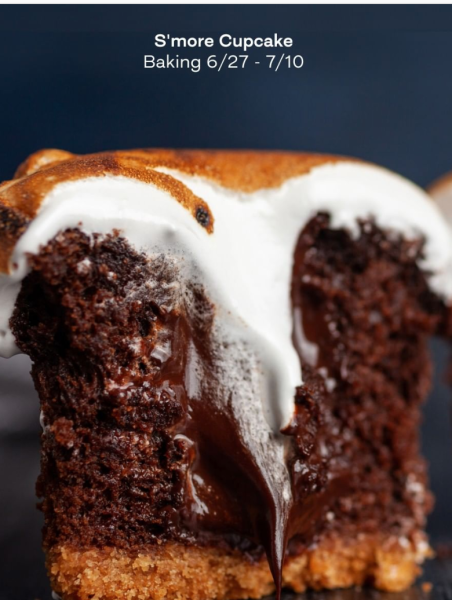 Lastly, throughout this whole month, you can get a dozen of the Key Lime Cupcakes. If you’re not near a Sprinkles yourself, these can be shipped nationwide! So get a dozen for yourself, or someone you love! 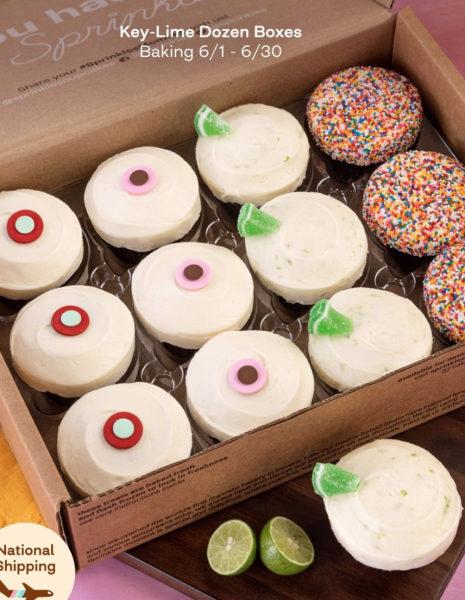 Keep in mind that this won’t be the only new offering coming to Disney Springs this month! There are always new events and things to check out, like the new art walk that began in late May! 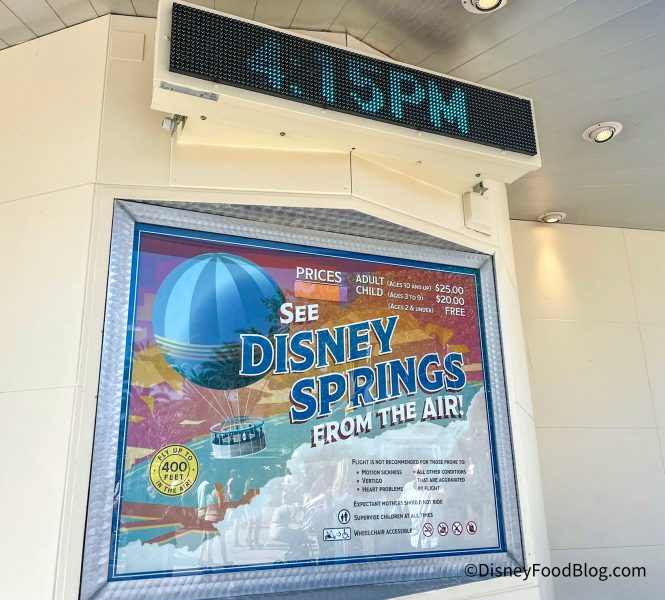 Also be sure to keep an eye out for new merchandise, because some of it you won’t find in the Disney World and Disneyland parks! Keep your eyes on DFB — we’ll keep you up to date with all things Disney!

Click here to see why you’ll want to go to Gideon’s Bakehouse AGAIN in Disney Springs!

Which treat are you most looking forward to trying? Let us know in the comments below!

The post NEW Cupcakes Announced for Sprinkles at Disney World and Disneyland Resort first appeared on the disney food blog.