It’s Star Wars Celebration time, and there’s a LOT happening that we need to share! 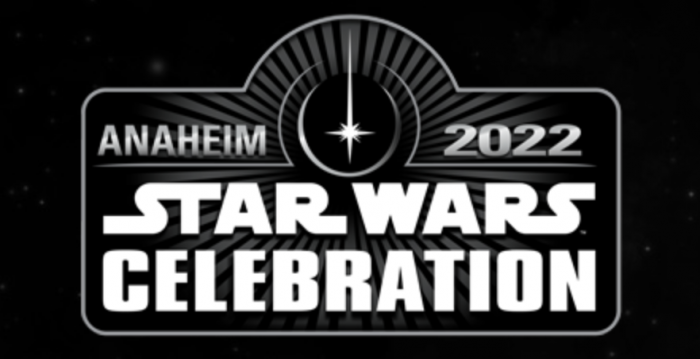 The MASSIVE fan event is taking place this weekend in Anaheim, and there are panels, meet-and-greets, special merchandise drops, and tons of announcements about upcoming projects. So if you’re not there and you want to know what’s going on, we’ll be updating this post throughout the weekend to share all the big announcements!

First up, we got the trailer for the upcoming Disney+ series, Andor. It’s based on the character Cassian Andor from Rogue One and will begin streaming on August 31st!

They also revealed that twelve episodes have already been filmed and that the show will be set five years before the events of Rogue One. We can’t wait to check it out!

For the third season of the hit show, The Mandalorian, Katee Sackhoff revealed that she will be returning to play Bo-Katan Kryze and that the characters will be traveling to Mandalore so that Bo-Katan can be “forgiven for her transgressions.” Interesting!

We’re going to Mandalore so that I can be forgiven for my transgressions. #TheMandalorian #StarWarsCelebration

It was also announced that this season will premiere in February 2023. Both Grogu and Din Djarin (the Mandalorian himself) will be back on the screen for the upcoming episodes! We’ll be counting down the days until we can see our little green friend again. (And until Baby Yoda/Grogu merchandise takes over the shelves all over again!)

It will stream on Disney+ in 2023 and will feature a group of children, about 10 years old, who get swept up in the Star Wars galaxy. But while the show may star children, Star Wars says it’s not necessarily FOR children. We’re interested to learn more about this project in the future — it will be set in the same time period as The Mandalorian.

And in other Lucasfilm news, we’ve got the new trailer for Willow, the sequel series to the 1988 movie of the same name (which was produced by George Lucas himself). It will begin streaming on Disney+ on November 30th, 2022.

The movie’s original star, Warwick Davis, will be returning for this sequel project. Bring on the 80s nostalgia!

That’s everything that we know about so far from Star Wars Celebration, but stay tuned to DFB for all the big announcements throughout the weekend. We’ll make sure to keep you updated!

Click Here to Check Out the NEW Star Wars Merchandise!

Which upcoming project are you most excited about? Tell us in the comments!

The post You MISSED These Star Wars News DROPS first appeared on the disney food blog.