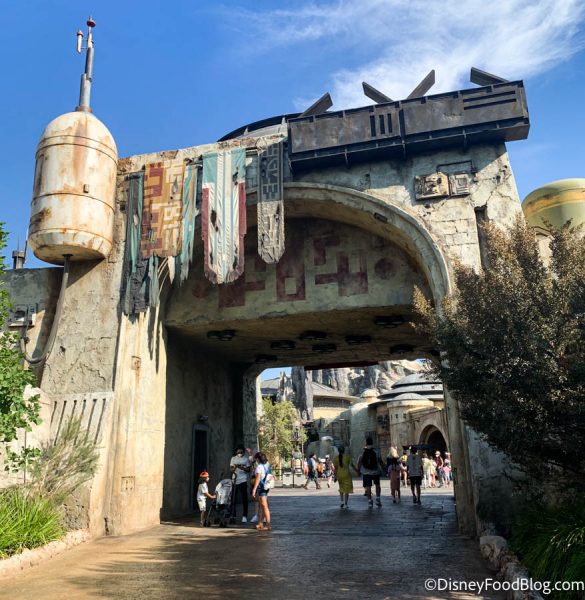 We’re checking in on Batuu as we often do, taking in the sights, sounds, and smells of this planet in a galaxy far, far away. We recently celebrated Star Wars Day, and now there’s one more reason to celebrate — we’re trying a NEW sweet treat they’re serving up at an underrated Galaxy’s Edge spot!

The Milk Stand in Galaxy’s Edge is mostly known for serving up both Blue and Green Milk — non-dairy frozen drinks made from coconut and rice milks. The drinks often get a bad rap from many Disney guests, but that’s not what we’re here to talk about. There’s a NEW Chocolate Chip Sweet Sand Cookie being served here! 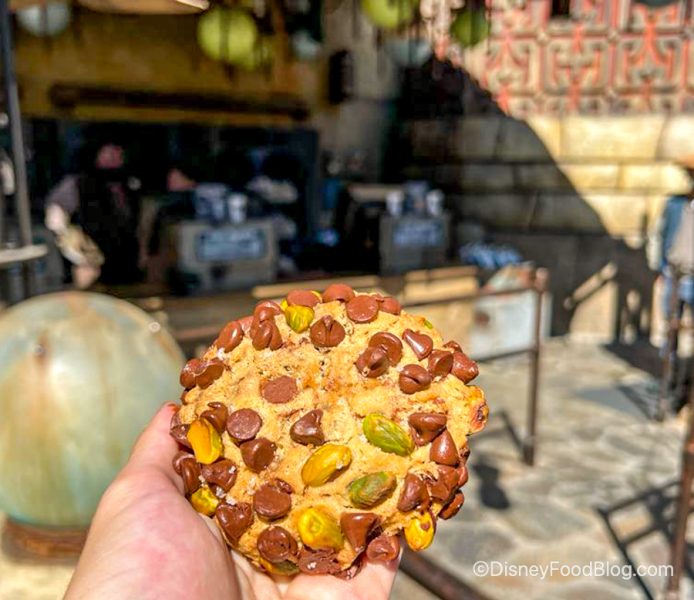 This new dessert is described as a chocolate chip-toffee cookie with pistachios and sea salt, and was $3.69. We’re not quite sure where the “sand” aspect of the cookie came in, but it was incredible all the same. It did come in a plastic bag, but was still super moist and seemed pretty fresh. 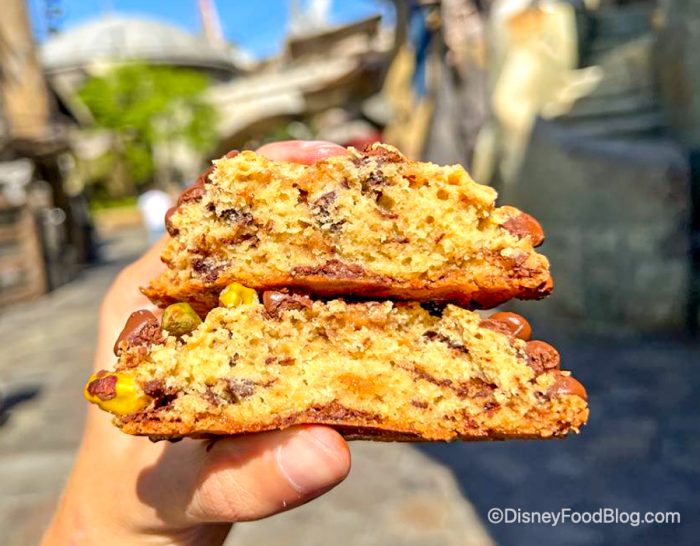 Luckily, we didn’t notice any sand in it.

At first glance, it reminded us of the cookies they make over at Gideon’s Bakehouse in Disney Springs. The texture wasn’t like a Gideon’s cookie as this one was more “baked” and less soft than what we’ve come to expect from Gideon’s.

The chocolate chips were gooey, though, and did get messier the more we ate, but the toffee added a nutty sweetness that made us not even care. 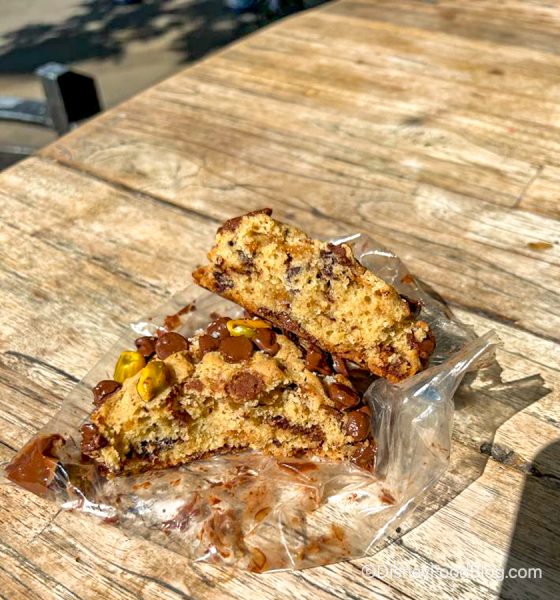 It got a little messy.

A nice crunch was lent by the pistachios, and combined with the sea salt they helped to cut down on how sweet the chocolate and toffee were. Despite having other flavors chocolate was still the main star here, so if you’re not the biggest fan of chocolate you might want to sit this one out. 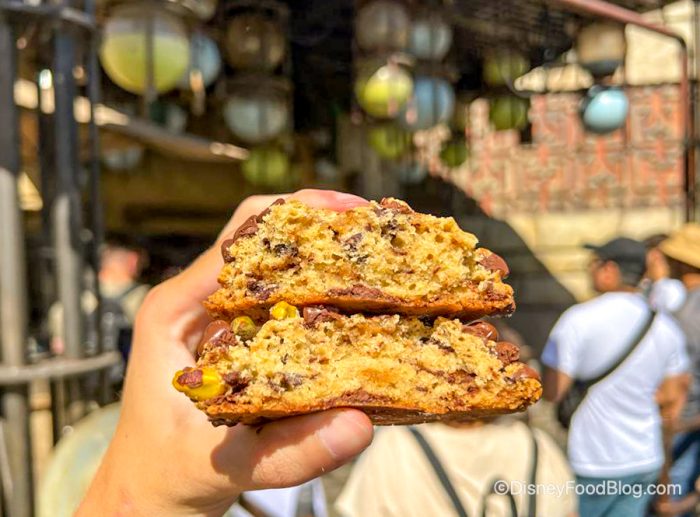 Overall, it was a sweet and salty snack that we would definitely get again! For the latest Disney snack news, don’t forget to stay tuned to DFB!

Click here to see a sneak peek of the latest Mickey Mouse: The Main Attraction collection!

Do you like Blue or Green Milk? Let us know in the comments!

The post REVIEW: Did We Find a Gideon’s DUPE in Disneyland?! first appeared on the disney food blog.