We’ve already seen SO many ears released in Disney World and Disneyland this year, but there are even more to come! 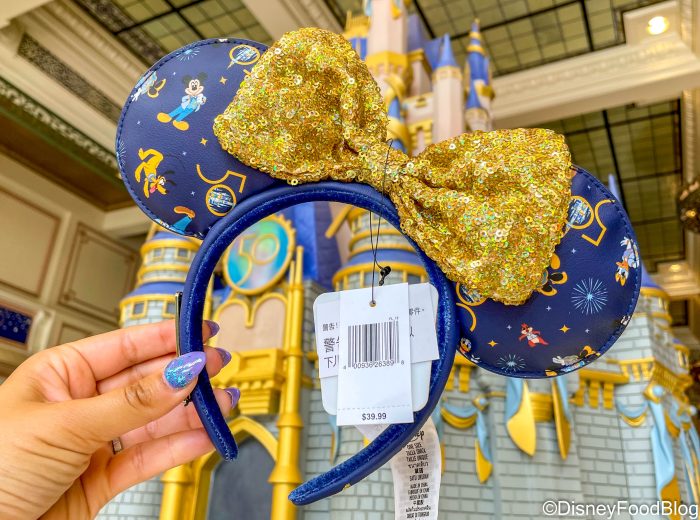 Check out these new American Flag ears we found in Disneyland! 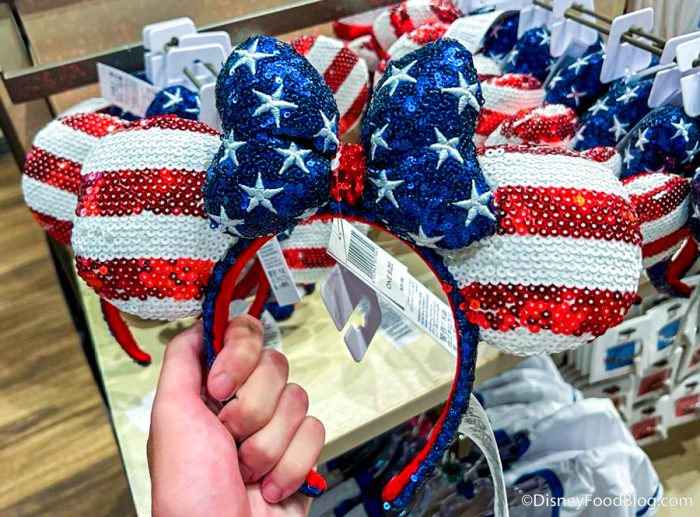 What do you think?

They’re over at World of Disney in Downtown Disney for $29.99. 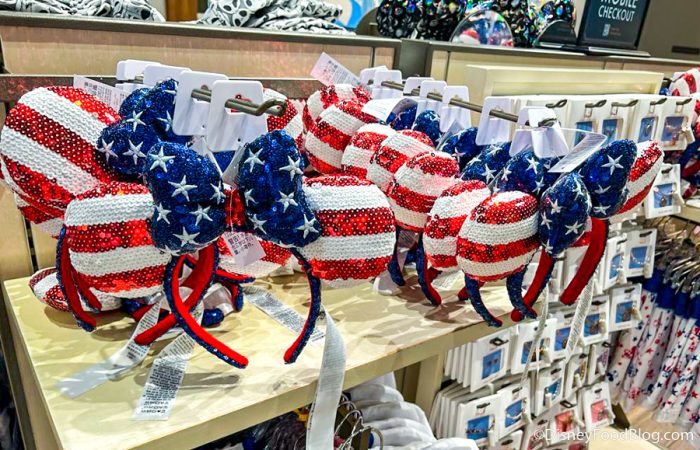 There are a bunch in stock (for now!)

As you can see, the red and white stripes are on the ears… 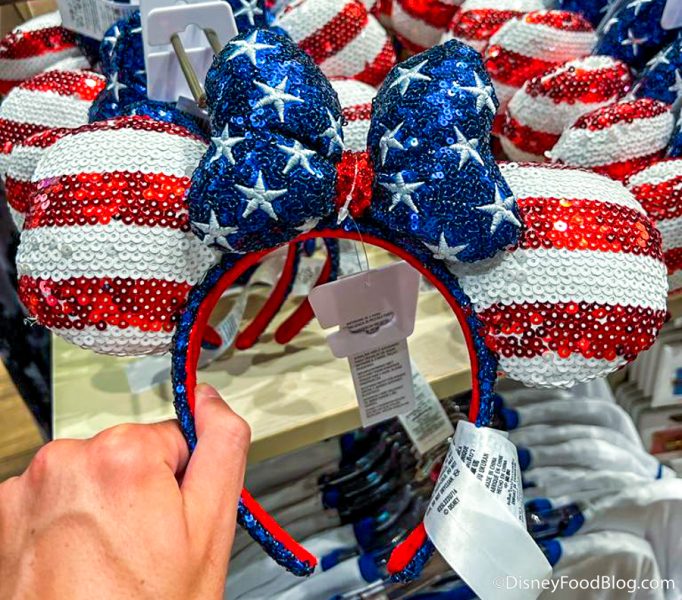 …and the stars on the blue background can be fund on the bow. 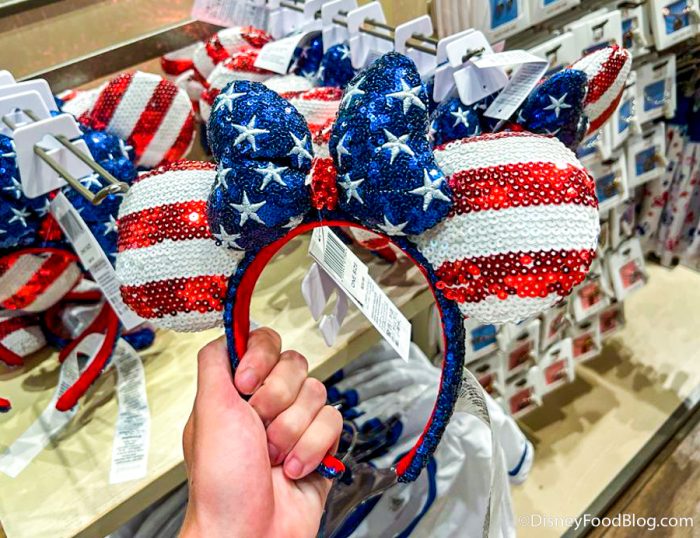 The band is also blue and red!

The whole thing is covered with sequins to give some extra sparkle! 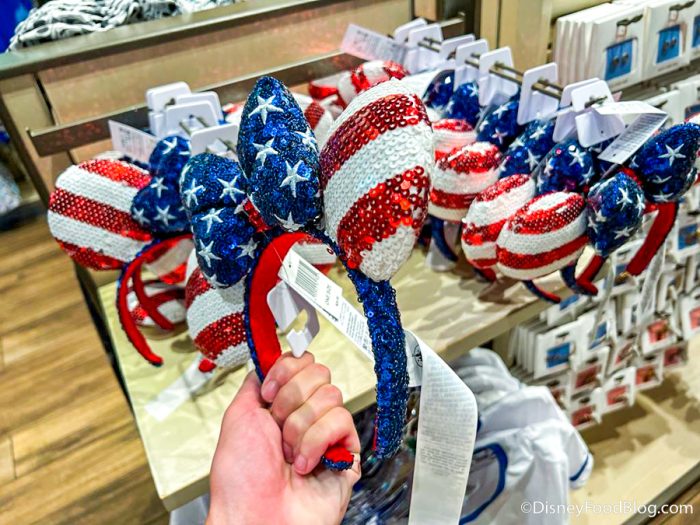 This is not the first version of American Flag ears we’ve seen Disney make. There has been a variation of designs over the years, like these with the all red ears and the stars and stripes bow… 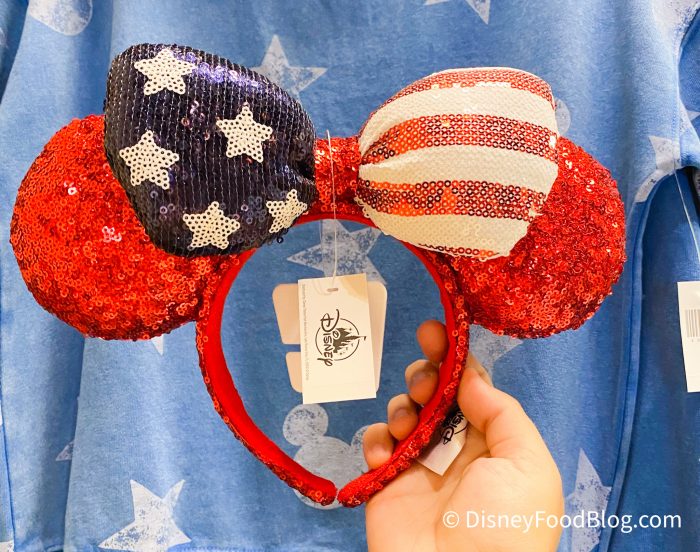 …these ears that flipped that concept, making the ears the stars and stripes design and the bow solid red… 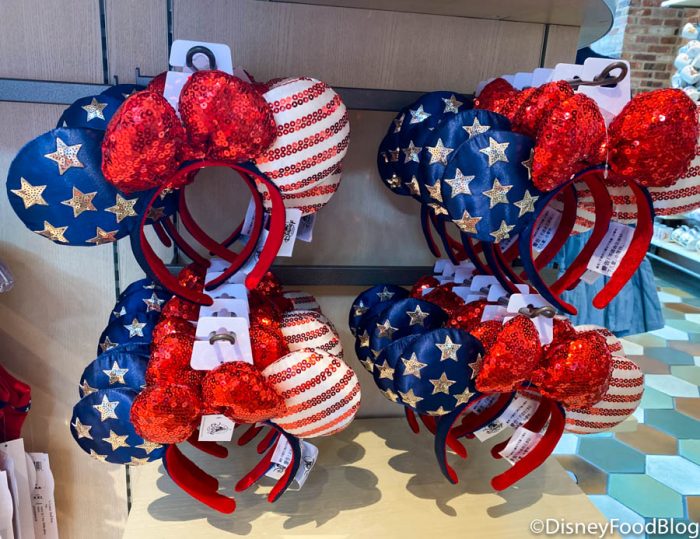 …and even these Harvey’s designer ears covered in red, white, and blue (and Mickey!). 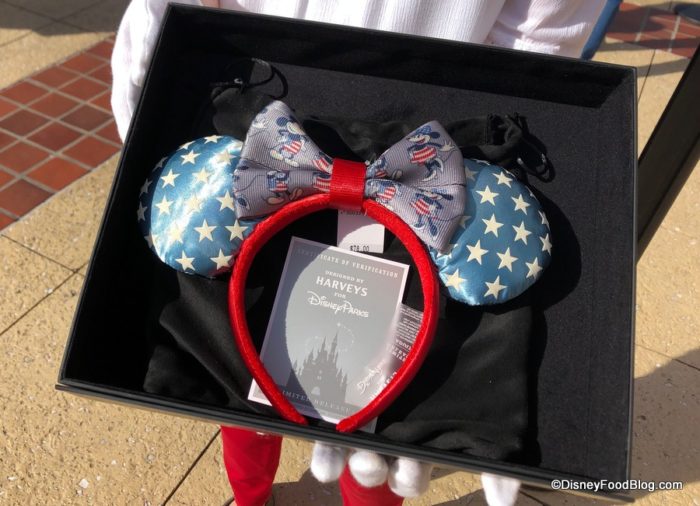 Which version do you like the most? If you want to grab the new ears before Memorial Day, head on over to World of Disney at Downtown Disney. And, stay tuned to DFB for more Disney news and merchandise updates!

Click here to check out the colorful new ears we found in Disney World!

What does your favorite pair of Minnie ears look like? Tell us in the comments!