BIG NEWS Y’ALL! The Main Street Electrical Parade is back at Disneyland! 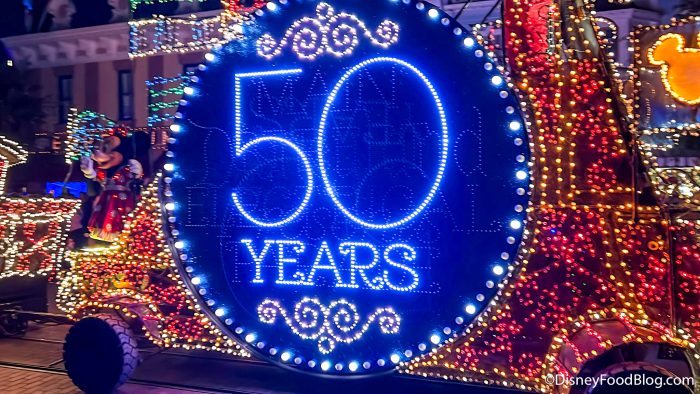 In honor of the parade’s return — AND its 50th anniversary — Disney has released some amazing merchandise, a glorious Elliott popcorn bucket, and LOADS of snacks. If you know us, you know we’re allllllll about the snacks, so we made our way to Disneyland to check out one of the special offerings!

The snack we grabbed today is meant to look like the Seven Dwarfs’ mine carts in the Main Street Electrical Parade. 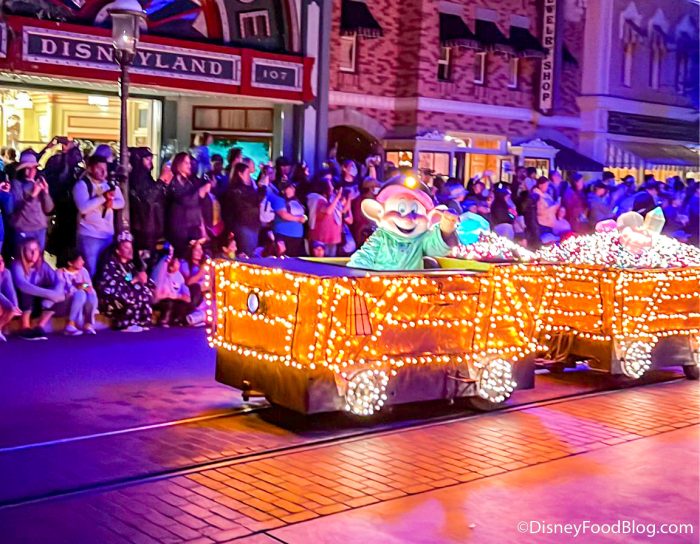 The snack, called the Mine Cart Brownie, is made of a White-Chocolate-dipped Dark Chocolate Brownie topped with Sugar Gems.

What do you think? First glance — do you think it’s adorable or not? That seriously divided our team! Some members thought it was pretty cute, especially with all the colorful sugar on top! But others on our team were…less than impressed with this treat’s appearance. 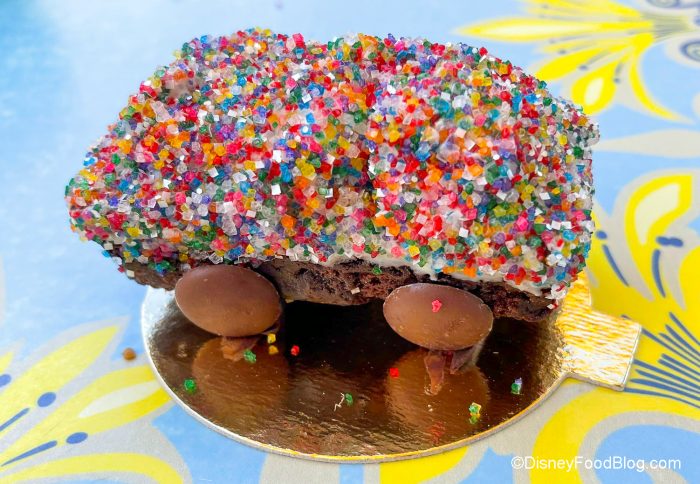 Putting aside the looks, the treat is a LOT… a LOT of sugar that is! You’ve got a generous amount of frosting PLUS all that extra sugar on top (which made the frosting really crunchy!). The sugar content here is truly enough to make you consider calling your dentist when you’re done with it!

The brownie itself is a standard Disney brownie — nothing too special. 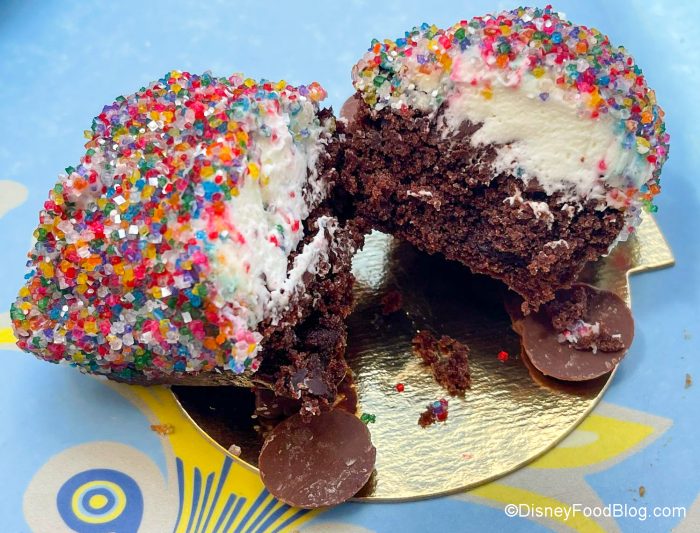 Overall, it was cute to look at for some (not so much for others), and was VERY sweet. Unfortunately, it wasn’t anything too remarkable (at least for our taste buds).

Off to Disneyland we go

We spotted at NEW Mine Cart Brownie

This dessert is a white chocolate-dipped dark chocolate brownie topped with sugar gems!

Available at Jolly Holiday Bakery Cafe in Disneyland for only $5.49 pic.twitter.com/3eZIhVIWeA

If you’re wanting to try it for yourself, it’s available now at Jolly Holiday Bakery Cafe for $5.49.

We’ll be trying more of the specialty snacks released as part of the Main Street Electrical Parade’s return, so stay tuned for more!

Have you ever seen the Main Street Electrical Parade? Let us know in the comments!

The post REVIEW: The Disney Treat That Has Our Team DIVIDED first appeared on the disney food blog.