It’s time for another round of what’s new in Disney’s Hollywood Studios! 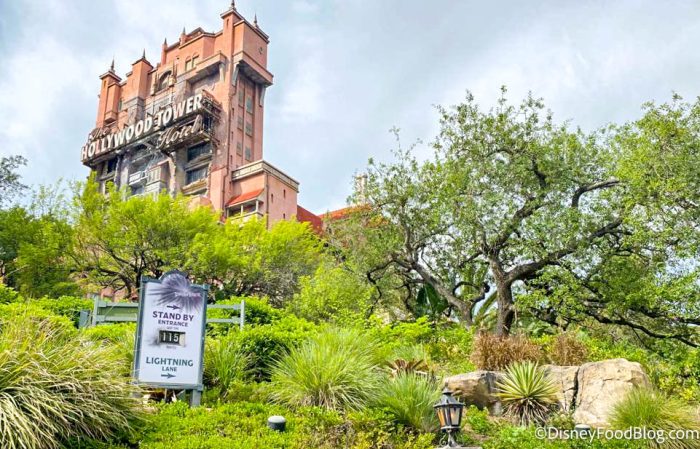 From some unexpected ears to a tasty breakfast dish (can you say gravy?), it’s been an eventful few days in Hollywood Studios! Check out all the news right here.

We tried the adult Breakfast Bowl from Woody’s Lunch Box for $8.79, and it comes with potato barrels smothered in smoked brisket, scrambled eggs, and country gravy with a green onion garnish. There’s also a kid’s version for $5.49. 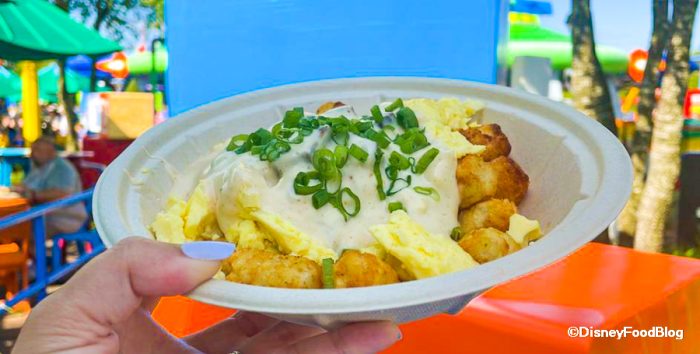 We’ve tried this bowl in the past, and we’re still a fan, although we did wish there was more brisket! It’s a hearty portion with lots of creamy gravy, and if you like potatoes and gravy for breakfast this is for you.

Read our review of the Breakfast Bowl here!

Let’s move on to construction updates! This section near ABC Commissary was freshly painted… 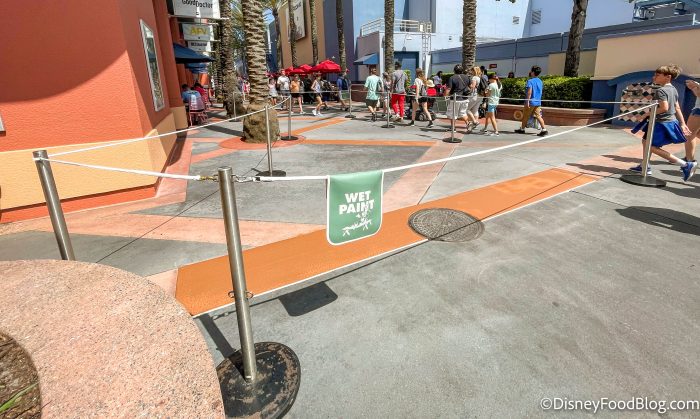 …and there was also another section painted just down Commissary Lane. 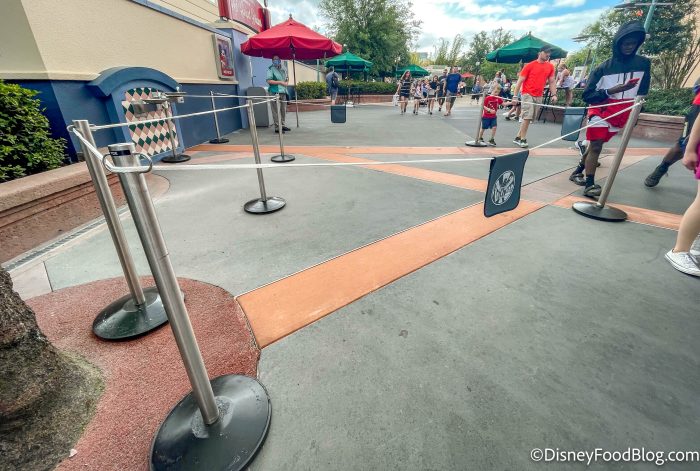 Tatooine Traders roped off an area for the lightsaber building virtual queue. 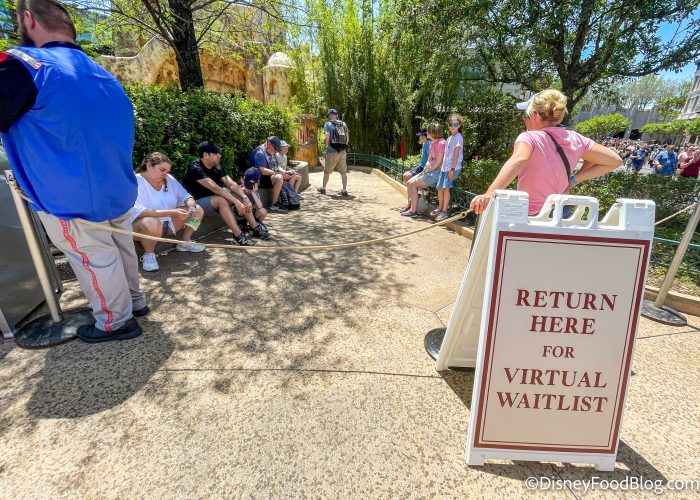 And the exit for Toy Story Mania is still under construction! 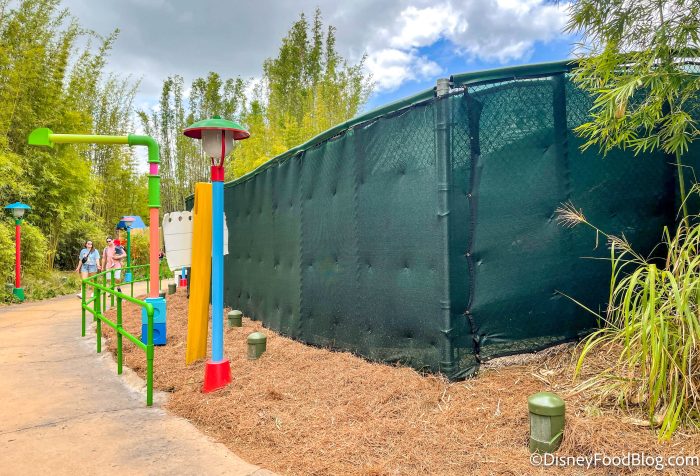 Tatooine Traders had a Boba Fett Re-Armored Helmet for $120. We also spotted this helmet at Keystone Clothiers. 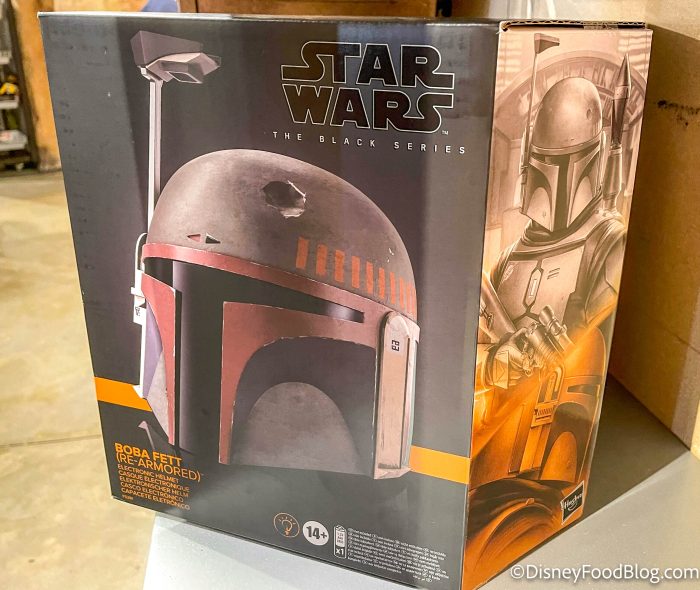 We found the Series 4 Mandalorian Grogu Figures for $10 each. We also saw them at Keystone Clothiers.

And just FYI, if you’re a fan of Grogu, you might want to try these Grogu Goldfish.

Grogu Goldfish?? Read all about it here!

This Mickey Ear Birthday Hat was found at the Darkroom for $27.99! Is your birthday coming up? You might want to grab this hat! 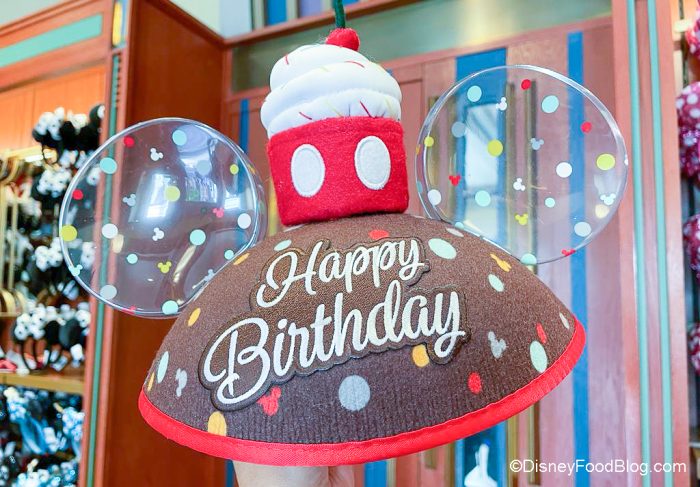 We LOVE this fun hat!

It says “Happy Birthday” in BIG letters, and the ears are clear with Mickey confetti. Plus there’s a cupcake on top!

We also found Main Street Electrical Parade Ears for $39.99! You might not be able to catch this nighttime parade in Disney World but you CAN sport the ears. 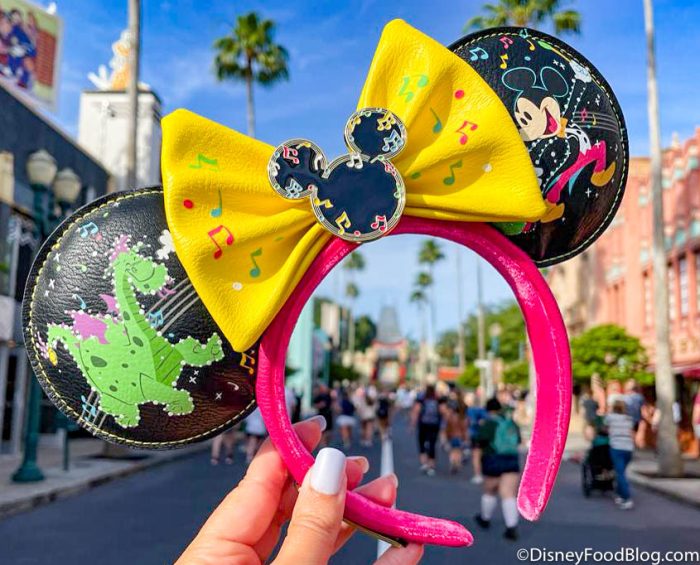 These ears feature Mickey on one ear and Pete the Dragon on the other ear, with a bright yellow bow and a pink headband. They actually glow in the dark!

And at Keystone Clothiers, we found a Storm Trooper Towel for $26.99. You can also find it at Tatooine Traders. 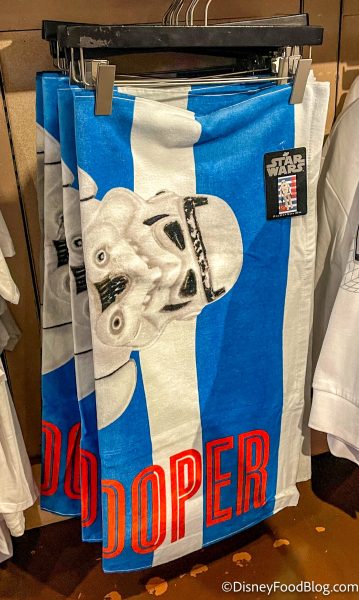 And that’s all the news from Hollywood Studios! Keep following DFB for more Disney news and updates!

14 things you can ONLY get in Hollywood Studios!

Have you been to Hollywood Studios recently? Tell us in the comments!

The post What’s New in Hollywood Studios: Um, Is This Pair of Minnie Ears Lost? first appeared on the disney food blog.